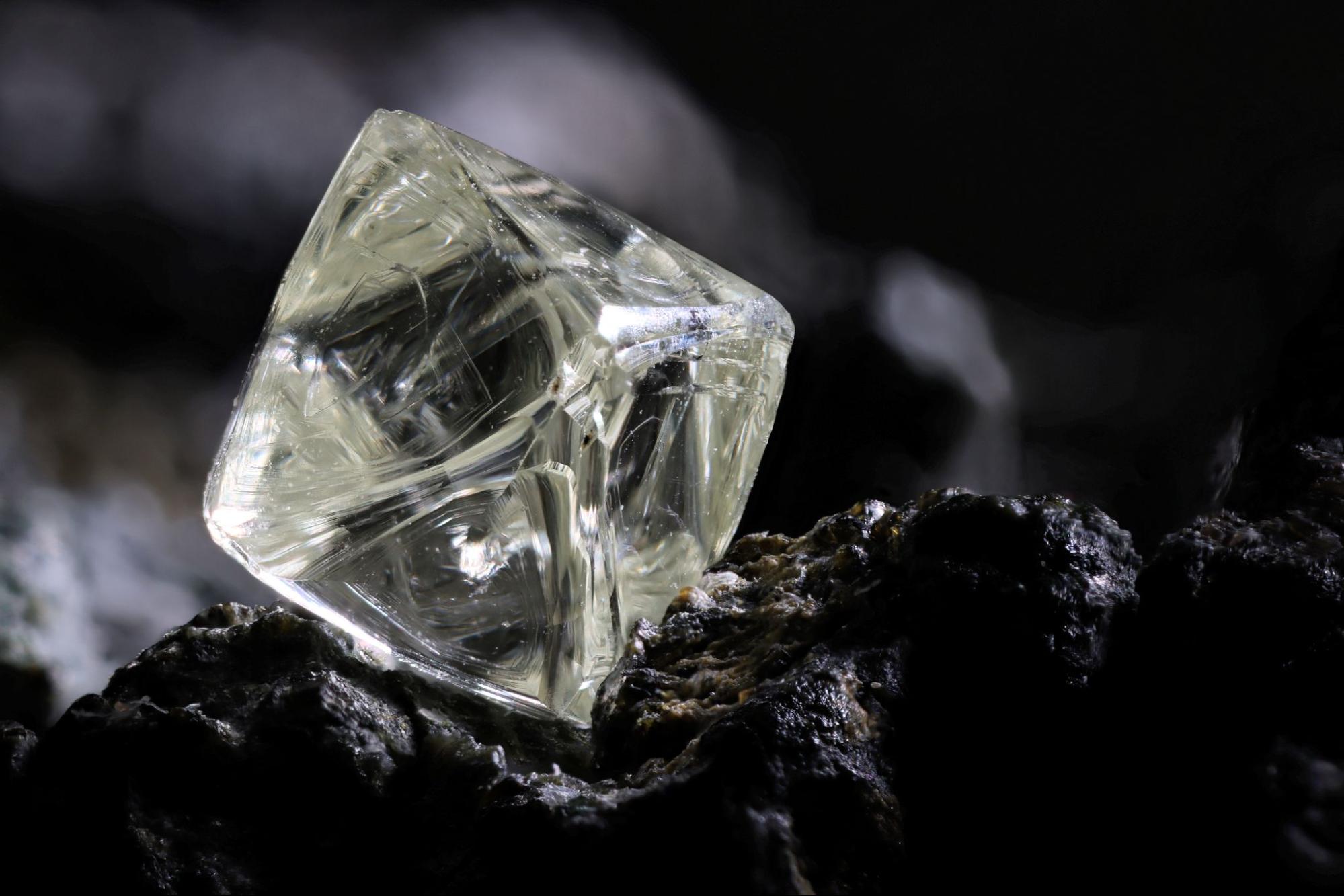 How To Identify A Raw Diamond

It is said that diamonds symbolise permanence in relationships because they are beautiful, sparkling gemstones. Their flash and refraction of light distinguish a cut diamond. A raw uncut diamond lacks the jeweller's carefully designed angles that capture and amplify light. A raw uncut diamond can be identified by combining positive and negative tests. 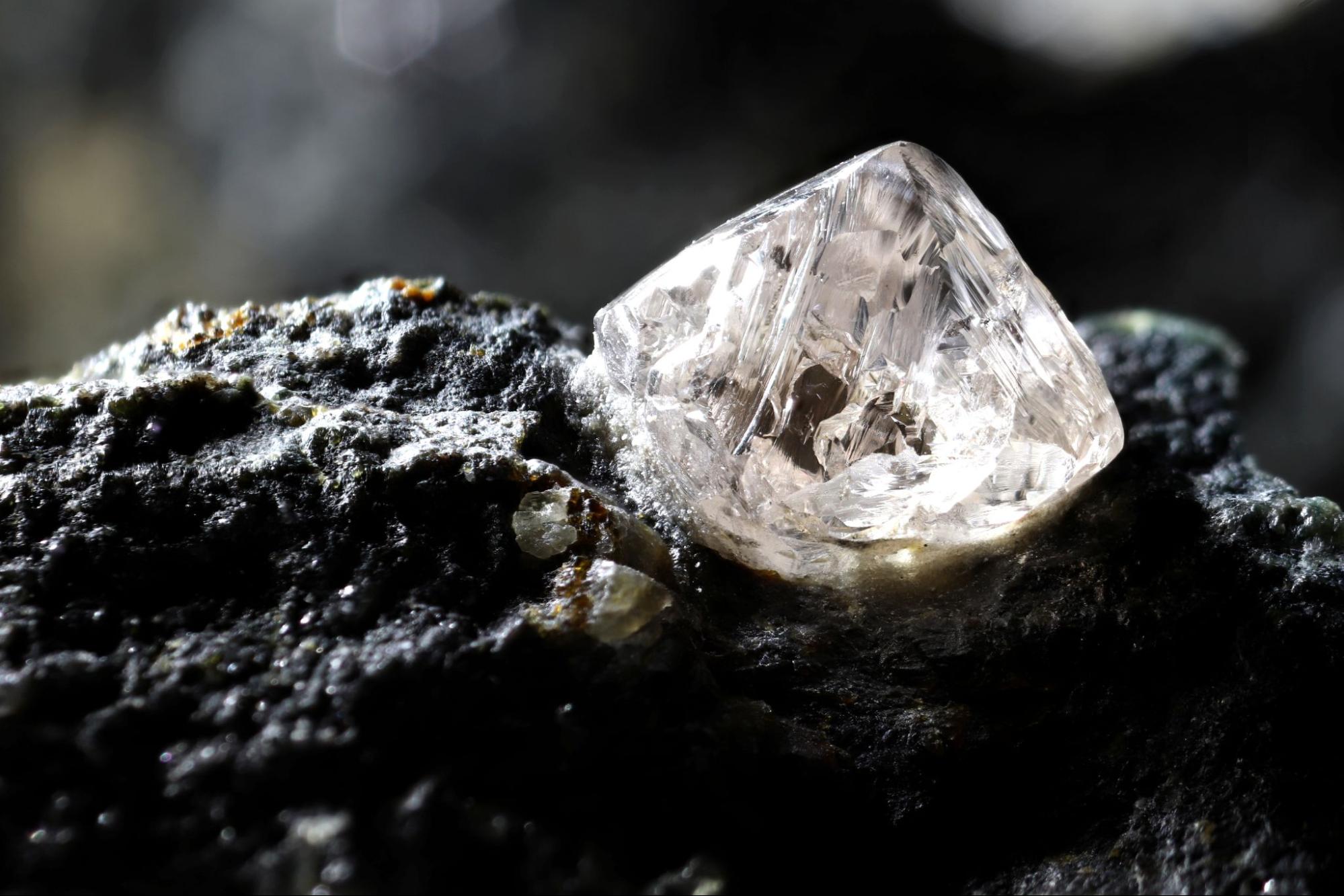 Identification Of Raw Diamonds Based On These Factors

Generally, diamonds form octahedral crystals, which belong to the isometric crystal system. A diamond crystal measures approximately the same in all directions around its centre since "iso" meaning, same, and "metric" means measurement. A quartz crystal is most likely confused with a rough diamond. Quartz crystal is identified by their hexagonal crystals, which terminate on both ends.

There is a specific gravity range between 3.1 and 3.5 for diamonds. With a specific gravity of 2.6-2.7, quartz is one of the hardest minerals. Diamonds and tumbled quartz pebbles can look similar in placer deposits. Because of the difference in specific gravity, the two minerals can be separated by panning or sluicing. Lighter quartz travels farther down the sluice or, in smaller particles, washes out of a pan sooner than dense diamonds due to its specific gravity. It is also possible to use shaker tables. Setting a shaker table correctly is essential so that quartz settles in the centre and heavy diamonds travel upward. 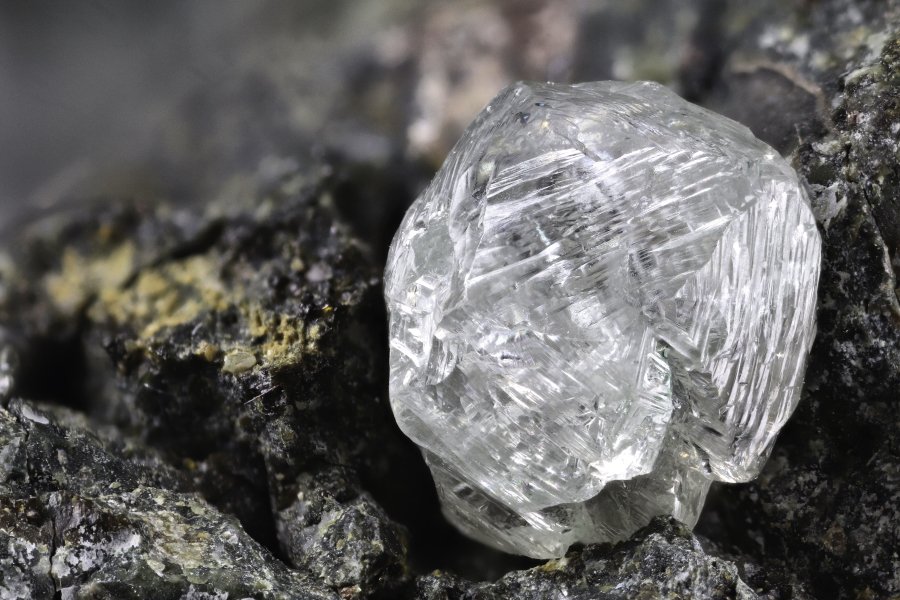 Three Methods On How To Identify A Raw Diamond

Simple Tests You Can Perform At Home

Use a corundum piece to scrape the crystal. In comparison to diamonds, corundum is slightly softer. Buy a mineral testing kit that includes corundum, or purchase a cheap piece of corundum. Scrape the suspected diamond against the corundum while holding it firmly against a table. The crystal is a diamond if it leaves a visible scratch. It is a different mineral if it does not scratch.
A diamond tester is more accurate than a scratch test. An online diamond tester is available. Make sure the green light is on on the device to see if it has a full battery. Once the suspected diamond has been located, press the diamond tester's tip against it. Minerals that make noise and light up are diamonds. If it doesn't, there is a difference between a gemstone and a precious stone.

A Specific Gravity Test Is Performed.

Using an electric scale, weigh the crystal and record its weight. Electric scales can be purchased online. After you weigh the stone on your scale, write down its weight on paper. Accuracy varies from electric scale to electric scale. Choose one that goes beyond the whole number by at least 2-3 decimal places.
Water should be added to a cup, and the scale should be zeroed. Make sure your crystal is fully submerged in water by filling a paper or plastic cup. To zero out the scale, place the cup with water and hit "tare". The specific gravity of the diamond can be determined without taking into account the water's weight and the cup's weight.
You can hold the crystal in the air by wrapping a paper clip around it. If the stone sinks to the bottom or touches the sides of the cup, it cannot be used to determine its specific gravity. The widest part of the stone should be wrapped tightly with one end of a paper clip. By picking up the other end of the paper clip, suspend the stone.
Record the weight of the crystal after submerging it in water. Make sure you do not hit the sides or bottom of the cup as you dip the crystal into the water. The same piece of paper you used to record the stone's weight should be used to record the weight.
Divide the crystal's weight by its weight in water. A gem's density can be calculated by dividing its weight by the weight of the suspended gem in water. Diamonds have a density of 3.5 - 3.53 grams per cubic centimetre. You likely have a different gemstone if the results are less than this number. Diamonds are likely to have a number close to this figure.

Testing At A Higher Level

See if kimberlite pipes were near the diamond. Ingeous stones, formed from molten magma, are known as kimberlite pipes. The likelihood of your crystal being a diamond is higher if it came from a kimberlite pipe.
If you want to examine the stone more closely, use a magnifying glass or 10x loupe. Jewellers use loupes as special magnifying glasses. Look for indented triangles on the diamond's edges under the loupe or microscope. On the other hand, the parallelograms or rotated squares of cubic diamonds will be parallelograms. A coat of vaseline should also be on the surface of a natural raw diamond.
If you're still unsure, ask a professional to evaluate the diamond. Take the diamond to a jeweller for grading and verification if you suspect you have a diamond based on the tests you performed. Also, GIA or another diamond grading organisation can provide a letter of authenticity and a specific report number.

Diamonds in place are primarily found in kimberlite pipes in continental cratons. They resemble water-worn quartz pebbles but can be distinguished based on their location and characteristics, such as crystal form and specific gravity. In some cases, diamonds fluoresce under shortwave ultraviolet light, have a specific gravity of 3.1-3.5, rank ten on the Mohs Hardness Scale, and form isometric crystals. Using these characteristics, it is possible to correctly identify an uncut rough diamond.

What is the value of raw diamonds?

Is it possible for diamonds to float on water?

In terms of hardness, diamonds are the hardest substance known to man. Diamond saws can be used to cut them because they are so hard. Due to their non-liquid nature, diamonds cannot float on water.
There is no way diamonds can float on water, so the answer to this question is no.

There is no sparkle in raw diamonds. They do not reflect the light in the same way as other gems. It takes many steps for a gem to become a dazzling diamond.

Can you tell a natural diamond from a fake diamond?

Stones should be laid flat side up on the dot. View the paper through the diamond's pointed end. It is a fake diamond if there is a circular reflection inside the gemstone. A synthetic diamond is sometimes categorised as a natural diamond.

Is it better to have a black diamond or a white diamond?