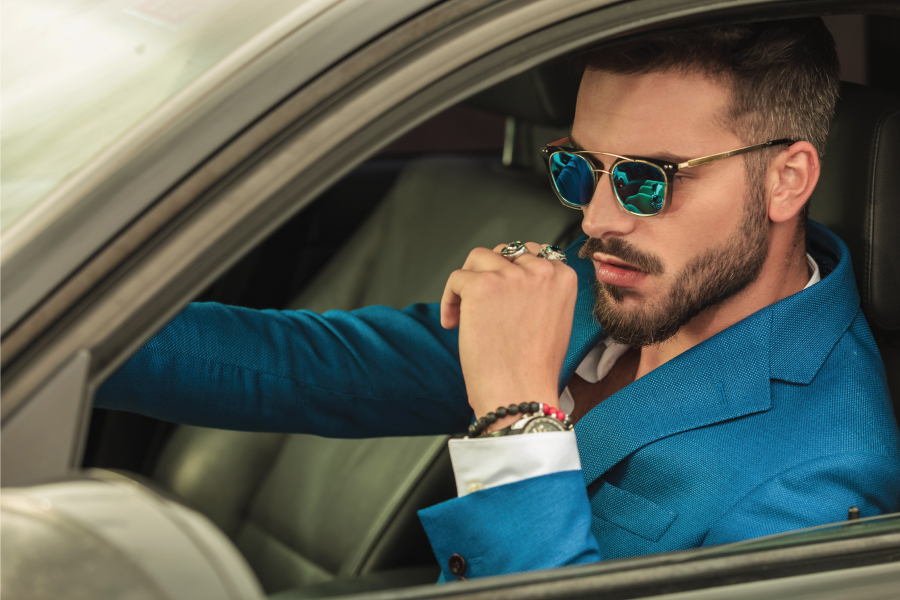 How to Wear an Emerald Ring for a Man

The majority of men are unfamiliar with the finer nuances of ring wearing etiquette.But Men are becoming more interested in something as spectacular as an emerald ring for men.

This lack of understanding of how to wear a ring isn't a problem since if you're reading this, you're about to learn more in five minutes than 95% of the male population.

There are numerous customs based around jewelry in general, and rings in particular. The goal is to use them to make a point without saying anything. But what's the best way to do it as a man?

So, if you're thinking about wearing a ring only for the sake of style (rather than as a wedding band), here are some of the classic finger-ring associations.

There aren't many hard and fast rules about which hand you should wear your ring(s) on. Engagement and wedding rings are exceptions — there are many distinct cultural customs related to them— but there are so many cultural practices that it becomes an anything-goes situation wherever that isn't entirely homogeneous at the end of the day.

For example, most British and American men wear their wedding bands on their left ring finger, whereas a man married in an Eastern Orthodox church may wear his on his right. And engagement rings on males are still uncommon enough that there is no defined precedent.

So don't worry about right hand vs. left hand restrictions for pretty much any ring. In terms of symbolism, the right hand is considered the "physical" hand — the active, dominating hand that performs the majority of your gestures. The left hand is known as the "thinking" hand, as it represents your personality and beliefs.

Those, obviously, are based on a right-perspective hander's of the world. A left-handed person might think it more fitting to reverse everything. Finally, we're discussing some extremely broad notions here, so don't be scared to go your own route.

For a man who wants to wear an emerald ring as a "statement" ring, this is frequently the first choice.

Pinky emerald rings offer a few advantages: they don't have religious or cultural associations in most countries (unlike the ring finger), and they don't contact or interfere with the index/pointer finger at all, like rings on the fourth finger.

It also helps to separate the ring from your body, giving it a more eye-catching statement. As a result, pinky rings are often among the 'flashiest' designs.It's where you wear your ring when you want people to notice it fast.

People who are interested in astrological or palmistry symbolism will identify the little finger, as well as any rings worn on it, with intelligence and persuasion. 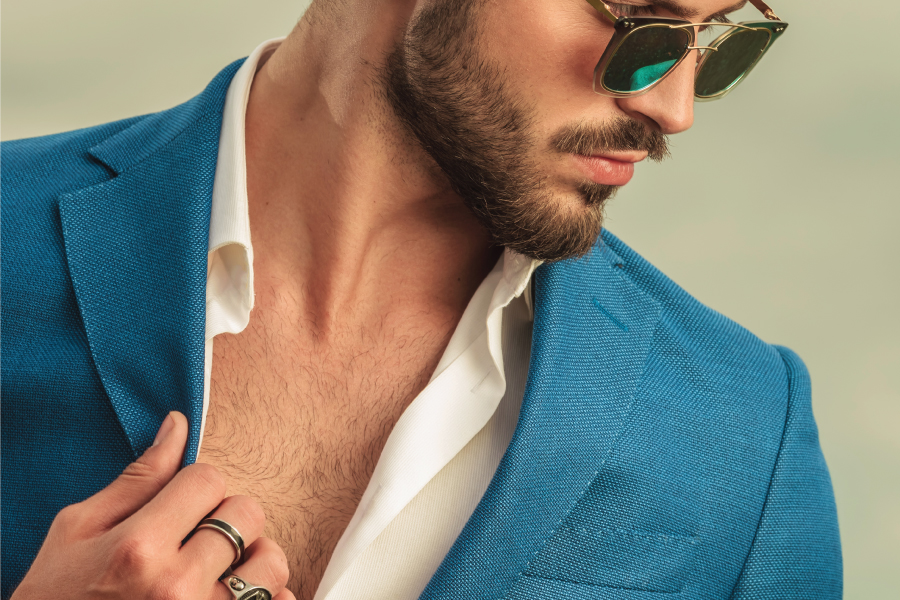 The ring finger is most typically associated with wedding symbolism in the United States and much of North and South America: a band on the left fourth finger denotes marriage.

Nonetheless, almost every man chooses a basic gold or silver band for his wedding or engagement ring. A huge ring with a gemstone or a three-dimensional design on it is significantly less likely to be misinterpreted as a sign of marital status.

That isn't to suggest that people don't use unusual and artistic wedding bands from time to time, but it isn't yet the cultural norm in the West. A ring with a gemstone, or notably ornamental designs on the fourth finger is unlikely to be mistaken for a wedding or engagement ring, whereas a plain metal band or one with minor, same-tone etchings or motifs is.

The ring finger is symbolic of the moon, creativity, and beauty, as well as its obvious connotations with romantic partnerships.

The obvious hand gesture issues aside, the middle finger is your largest and boldest finger.

Rings on the middle finger are unusually uncommon, in part because it is close to the index finger, and anything bulky can make precise manual work difficult. If you're going to wear a ring on your middle finger, make it basic and small.

However, many first-time ring-wearers may feel more at ease with the middle finger since it feels central, solid, and simply, "manly." If the concept of a pinky ring makes you uncomfortable, and you don't want to be confused with wedding/engagement symbolism, go for the middle finger.

The middle finger is held to symbolize balance and responsibility, and is associated with Saturn because of its central location.

The index finger (sometimes known as the pointer finger)

Because we use the pointer finger more than any other digit (save the thumb), it's natural to want to keep it free of rings, but it turns out that a ring on the finger doesn't bother it nearly as much as one on the finger next to it.

Centuries ago in some parts of Europe, people below a particular rank were actually barred from wearing rings on any other finger because they represented specific family status, hence the index finger was the most typical position for a man's ring (usually a signet or a crest).

Although many men (especially younger, unmarried men) prefer the ring finger for things like class rings, fraternal rings, or family crests, the index finger is an excellent spot for a purely decorative emerald ring for a man as well.

The index finger can be utilized for anything you want to use frequently and loudly in your gestures. It isn't as isolated as anything on the digits' tips (thumb and pinky), but its importance in our basic manual dexterity makes it obvious.

Jupiter is the astrological symbol for the pointer finger, and it represents power, leadership, and authority. The green colour of an emerald ring for a man is already quite striking, so if you want a truly outstanding look, this may be the way to go.