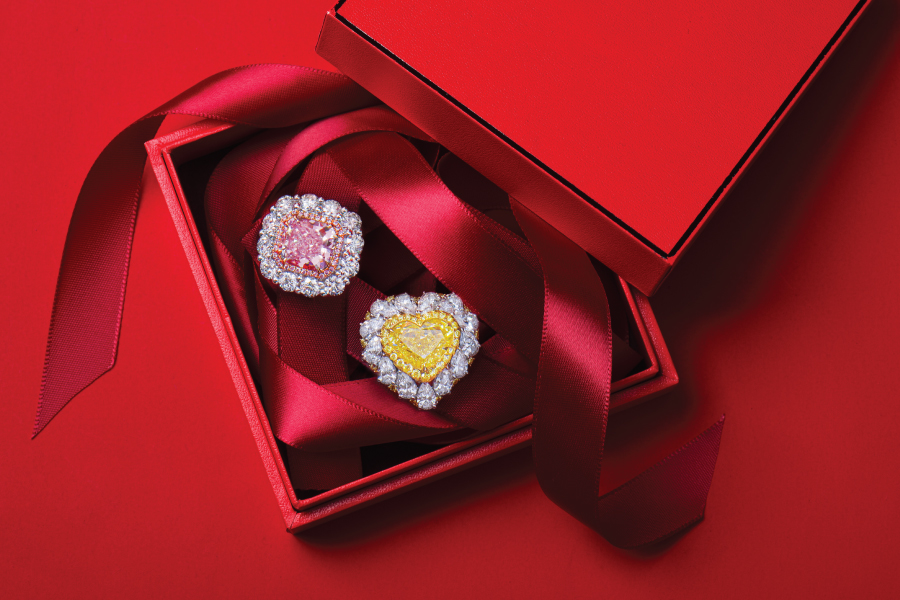 Your Guide to Beautiful Birthstone Gemstones

The concept of birthstones stretches back to Ancient Greece, Egypt, Rome, Persia, and India, when each month of the year was assigned a different gemstone by the Ancient Greeks, Egyptians, Romans, and others. Legend has it that wearing a birthstone throughout its designated month enhances its healing and restorative properties.

Birthstones are a wonderful way to personalize jewelry and make excellent gifts for birthdays, anniversaries, graduations, and other important occasions.

The modern birthstone system evolved from a system founded circa 40 AD. The 12 stones of Aaron's breastplate, according to Jewish historian Titus Flavius Josephus, had a unique connection to the months of the year and the Zodiac signs.

The National Association of Jewelers in America created a list in 1912 that is still in use today, with a few changes along the way, most notably the addition of tanzanite as a December birthstone in 2002.

Perhaps you do know what your birthstone is. You may already even wear one. However, if you are not sure, or if you want to know more about birthstones and what it is claimed their beneficial properties are, read on.

Because January is a month when many people pledge to start anew with a lofty set of New Year's resolutions, it's no surprise that its birthstone is thought to boost willpower, energy, and even self-esteem.

Although garnet's warm burgundy color may appear to be at odds with the cold, often gray, weather that often accompanies January, garnet's healing powers are said to include reducing body toxins, lessening depression, and boosting the metabolism - exactly what many of us need after a holiday season of overindulgence.

With its soothing lavender color, it's no surprise that the birthstone for February is associated with peace, tranquility, and moderation. It's also thought to help with alcohol and drug withdrawals, as well as preventing intoxication, relieving arthritic pain, and alleviating sleeplessness.

Historically, the best quality amethyst was found in Russia, and only royals were permitted to wear it. Amethyst, often known as the Royal Stone, can be found in royal collections from those of Ancient Egypt to within the British Crown Jewels.

Aquamarine, a member of the same beryl family as emerald, is associated with better health, love, youth, and hope. The stone, which has a color that resembles calm blue waters, is also thought to provide protection to sailors.

Aquamarine literally means "waters of the sea," and according to legend, aquamarines were secreted within mermaids' jewelry boxes before being washed up on the beach to tempt sailors to head into the waters to look for more.

Yes, if you were born in April, a diamond is more than your best friend, it's your birthstone. Which is a good excuse to own more diamond jewelry than just that diamond engagement ring right?

Diamonds symbolize affection, strength, eternity, and everlasting love, and their name comes from the Greek word adamas, which means "invincible." It is the preferred gem for an engagement ring, and a diamond-encrusted jewel is a gift that will be cherished for a lifetime. The diamond's capacity to increase intellectual powers is an added benefit for people who believe in healing crystals.

Emerald engagement rings are increasing in popularity, and emeralds for men are also a 'thing' right now, but for those born in May, an emerald has long made an appropriate birthday gift.

Emeralds are thought to provide youth, vitality, and good fortune to those who wear them. Cleopatra's favorite gemstone was the vivid green emerald, which was also a favorite of Elizabeth Taylor, who portrayed the Egyptian Queen in the epic 1963 film. The term emerald comes from the Greek word smaragdus, which means "green," the ideal color to welcome nature's bounty in May.

The cream - colored pearl has long been associated with purity, innocence, and virginity, as well as loyalty, faithfulness, and friendship. Pearls, the most classic of jewels, are surprisingly adaptable and look equally lovely strung on a simple pearl necklace or set into a contemporary item.

Pearls were said to be the tears of the Gods in Greek mythology, and an early Arab legend claims that pearls were formed when dewdrops laden with moonlight dropped into the sea. Moonstone and alexandrite are the other two designated birthstones for June. 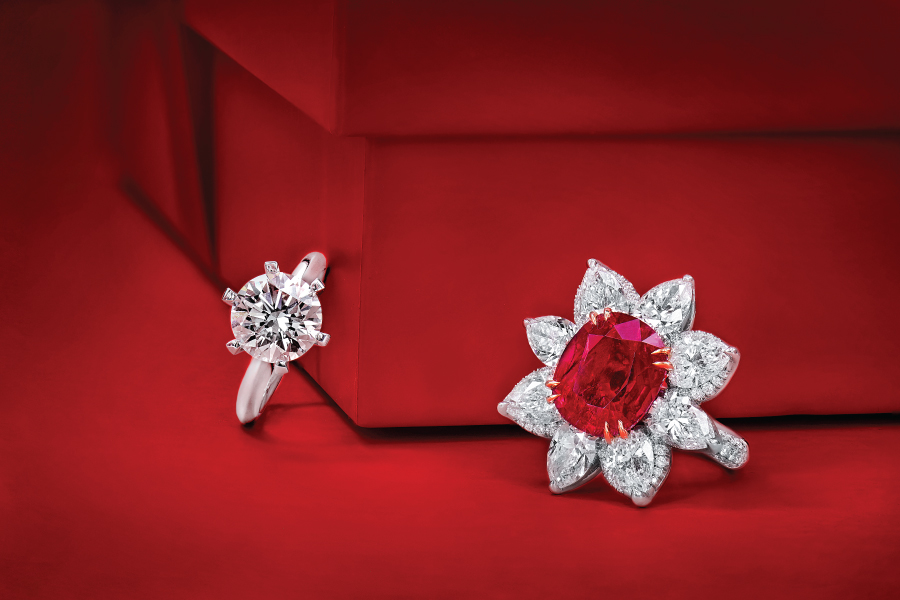 The ancient Hindus referred to this fiery-colored stone as the "king of gemstones," and it has long been connected with grandeur and luxury. Rubies are also said to represent love and passion, so it's no surprise that they're a favorite choice for colored gemstone engagement rings.

The most sought after rubies are from Burma and have a rich red color known as "Pigeon's blood." They are second only to diamonds in terms of natural hardness and strength so are wonderfully durable too.

Peridot is a gemstone lots of people have heard of, but are not quite sure what it looks like, or what its 'meaning' is.

Peridot was formed deep underground before being brought to the surface by volcanic explosions, and it has a mesmerizing lime green color. The green peridot crystals discovered in the volcanic ashes were said to be Pele's tears, the Hawaiian Goddess of volcanoes, fire, lightning, and wind, according to folklore.

The Egyptians dubbed the stone "the gem of the sun" because of its vivid color, believing that its inner brilliance permitted miners to find it even after midnight. Sardonyx, a type of onyx with colored bands of red and white, is the second birthstone for August.

Sapphires, which symbolize faith and purity, are thought to protect the wearer from injury and envy. Clergy members wore sapphires as a mark of holiness to draw divine favors in medieval times. Sapphire is a kind of corundum, another of the hardest materials after diamond, making it a very tough and long-lasting gem.

While blue is the most common sapphire color, it is available in a wide range of shades, including white, yellow, and green, as well as pink, purple, and orange.

The birthstone for October is opal, which has long been prized for its iridescent flashes of brilliant colors. The stone's chameleonic properties led ancient cultures to pronounce it miraculous. Its name comes from the Greek word opalus, which means "to perceive a change in color."

Opals were thought to bring good luck to the Romans, whereas they were thought to have fallen from the heavens like flashes of lightning in Arab cultures. Opals come in a wide range of colors, from cool to warm, and include Mexican fire opals, bright Australian Boulder opals, and enticing black opals. Tourmaline has lately been designated as the official birthstone for the month of October as well. 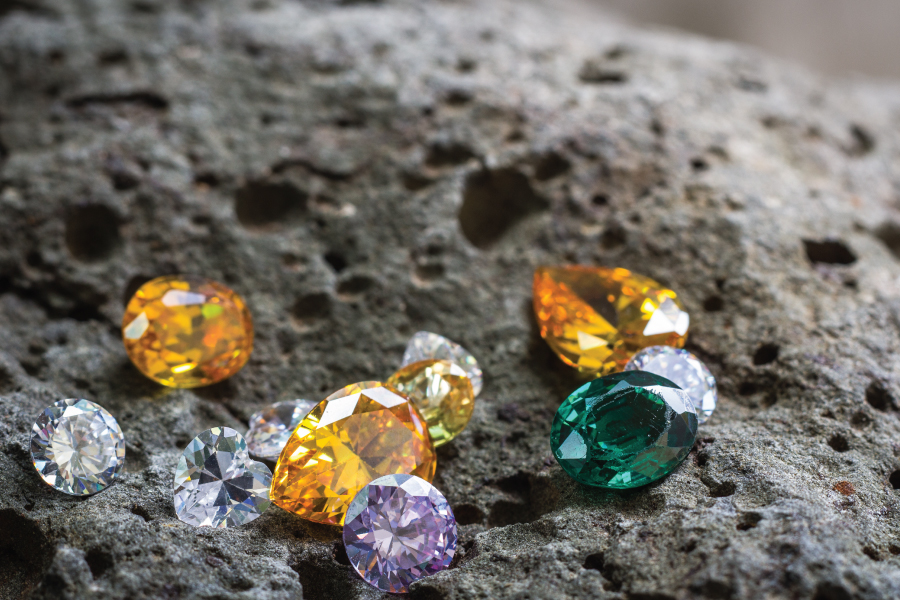 Citrine is a form of quartz that comes in a wide spectrum of colors, from faint pale yellow to dark brownish orange. Citrine, often known as "healing quartz," is thought to boost health, hope, and energy in the owner, as well as help with depression. Citrine gets its name from the gem's citrus-like color, which is created by iron residues in its structure.

Blue topaz comes in a variety of hues, ranging from delicate sky blue to the darker midnight blue of London topaz. Topaz is a robust stone that can be cut into a number of forms to enhance its purity and brilliance. Its hardness makes it resistant to scratches.

Turquoise, which came to Europe via Turkey as its name suggests, and tanzanite, a more modern gemstone found in 1967 in (you guessed it) Tanzania, are the other two birthstones.