Why Do Emeralds Have Inclusions?

If you have been considering investing in emerald jewelry of any kind - an emerald ring, emerald earrings, an emerald pendant or one of the many other uses this stunning green gemstone can be put to - then the chances are that you are sensible enough to be doing some pre-purchase research. And you may be learning that emeralds are almost always, in the jewelry industry speak anyway, flawed.
This is, for the most part, true. There are some perfect emerald examples out there (somewhere) but they are very hard to find, and, as we'll explain later, such emeralds would cost you more than a fortune to buy.
Yet, some of these flawed - the proper term is included by the way - emeralds are among the most valuable gemstones on the planet, and certainly some of the most beautiful. But what causes all of their inclusions?
The very basic answer here is that all the inclusions seen in emeralds are caused by trapped gas, liquid, or other solid components when the stone forms within a rock. This can cause 'flaws' in the gemstone known as inclusions, but it's regarded by many experts to boost an emerald's 'authenticity.' And its unique beauty. 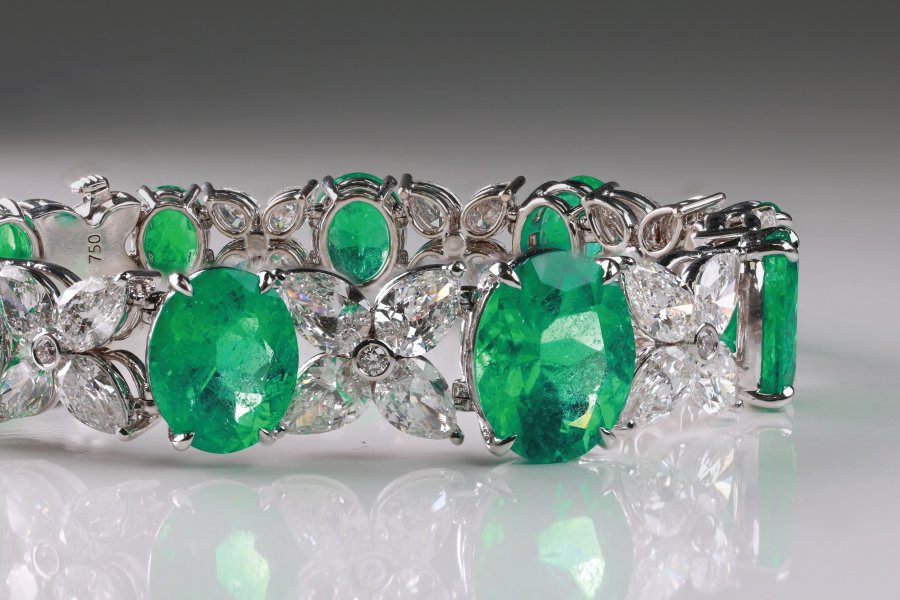 Continue reading to learn more about emeralds, their makeup, and what makes them so stunning

Fine quality gems conjure up images of crystal-clear jewels gleaming in the spotlight. An imperfect gemstone, often filled with a certain cloudiness, fissures, tiny fractures and even small cracks, isn't something that comes to mind right away.
However, with emeralds, the contrary tends to be true, since many people (rightly) consider an 'imperfect' emerald to be just as beautiful as a flawless diamond. Inclusions, or distinct cracks and defects, can pervade an emerald and still seem lovely.
It has to do with authenticity and unique beauty. With some of the unusual inclusions frequently resulting in extremely intriguing patterns. A ten-carat 'trapiche' emerald, for example, has a magnificent star pattern running across it due to imperfections that looks as though it was specifically designed that way.
During the millennia it takes for an emerald to develop, these inclusions appear naturally. These fractures and defects will form if any materials become caught within the stone as it expands, and that is something that no one, bar Mother Nature, can change or control.
As previously stated, these inclusions are always one-of-a-kind and can take the form of many different patterns. Tiny, jagged lines, air bubbles, interior cracks or fissures, or fractures can all be seen in emeralds, although you will often need eagle eyes (or a magnifying glass) to do so.
When cutting a gemstone, inclusions can cause problems since they can offer a weak spot. Most of the time, this implies that the jeweler must leave the impurities in the stone because he or she is afraid of fracturing it. This does complicate the cutting of rough emeralds in sparkling gemstones considerably.
An emerald isn't very hard as it is, at least when compared to its gemstone peers. They're more vulnerable to damage than all of their most common counterparts: diamonds, rubies, and sapphires.
Emeralds will still last a lifetime - and beyond - with careful care, but more often they're easily scratched, split, or chipped. On the Mohs scale, which is used to determine the hardness of a material, they are roughly 7.5 or 8 out of ten. On the Mohs scale, for comparison's sake, a diamond is a 10 on the scale.

Colors that are easily distinguishable

While an emerald with imperfections will sell nicely, it is the almost clear green gems that are in highest demand. They have a very high monetary value and are among the most valuable emeralds in the world. This is due in large part to their scarcity.
There have been some very spectacular emeralds sold at auction throughout history. Because of their rarity, beauty, and (often) size, they always cause quite a stir in the jewelry business.
However, as you might expect, the vast majority of these emeralds are flawed, even the ones that go for the highest prices. When all the most precious examples in history have been faulty, that merely goes to highlight how rare 'clean' emeralds are.
The Rockefeller Emerald, for example, an eighteen-carat stone placed atop a white gold ring, is one such specimen. It was sold for a world record price of $305,516 per carat in 2017 and is a truly stunning piece.
While the emerald's clarity was 'amazing,' there were still inclusions, according to the jeweler who cut it to create the finished piece.
The Flagler Emerald, measuring a whopping 35 carats, was an even bigger emerald. It had a legendary past and was auctioned for nearly three million dollars in 2015.
That, too, had flaws and was littered with inclusions. 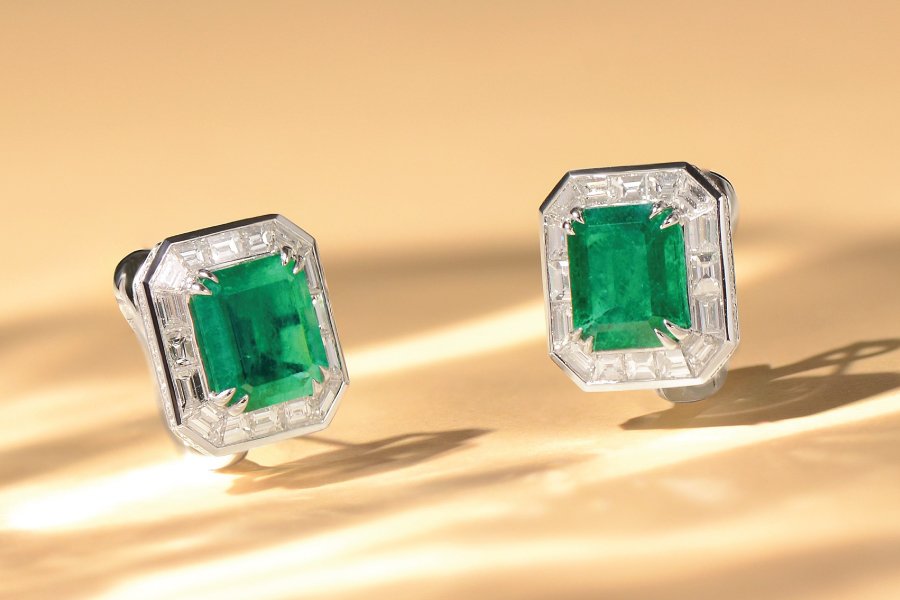 There is one emerald in particular that deserves to be mentioned here. It is said to be the largest in the world's history.
The Bahia Emerald is one of the most valuable and unusual gemstones in the world. It is also one of the most controversial. It was discovered in Brazil in 2001 and is said to be cursed, ruining the lives of those who come into contact with it.
It's a massive stone that weighs just over 800 pounds and is thought to be worth half a billion dollars. Several lawsuits have been filed over the huge diamond, with several parties vying for ownership.
It has been stolen, nearly caused deaths, and supposedly been the reason for individuals going to prison in its brief lifetime. It was also caught up in and nearly lost in New Orleans during Hurricane Katrina.
What's more, guess what? There are a lot of inclusions in it!