Why Choose Platinum for Your Diamond Engagement Ring? A Simple Guide

When making a metal choice for your diamond engagement ring, platinum is usually the most expensive choice. It's also one of the most coveted. There are some very good reasons to consider it though, that go way beyond these simple considerations, something that we are going to take a closer look at here.

What is Platinum Anyway?

Platinum is a precious metal that is 25 times more difficult to come by than gold. It is more valuable than gold and has only been discovered in a few places throughout the world.

Platinum is a robust, long-lasting metal that is prized in the jewelry industry. Its brilliant, silvery white shine complements all gemstones and diamonds beautifully. When creating jewelry that will be worn for many years, this is the metal of choice for many, specially those looking for a more contemporary, goes with anything look.

According to historical sources, platinum was first employed in ancient Egyptian tombs as early as 1200 BC. Platinum traces were discovered in the gold, however it is unknown whether the Egyptians were aware that platinum was included in their gold.

After that, the first time platinum was mentioned in European history was in Julius Caesar Scaliger's works in 1557. It was an unknown metal, he said, that “no fire nor any Spanish artifice has yet been able to liquefy.”

Because the Spanish considered platinum to be an impurity of gold, it was discarded and given no value. There was even a legislation prohibiting the usage of it with gold since it would contaminate it.

Antonio de Ulloa was the first to study platinum scientifically in 1748 in a mineralogy lab in Spain. Not long after, a slew of other chemists started to research platinum too.

A scientific paper on platinum was published in 1752 by Henrik Scheffer. He referred to platinum as "white gold" in this report, which no one had ever done before. He claimed that, while platinum isn't as malleable as gold, it has about the same corrosion resistance. And he was right. 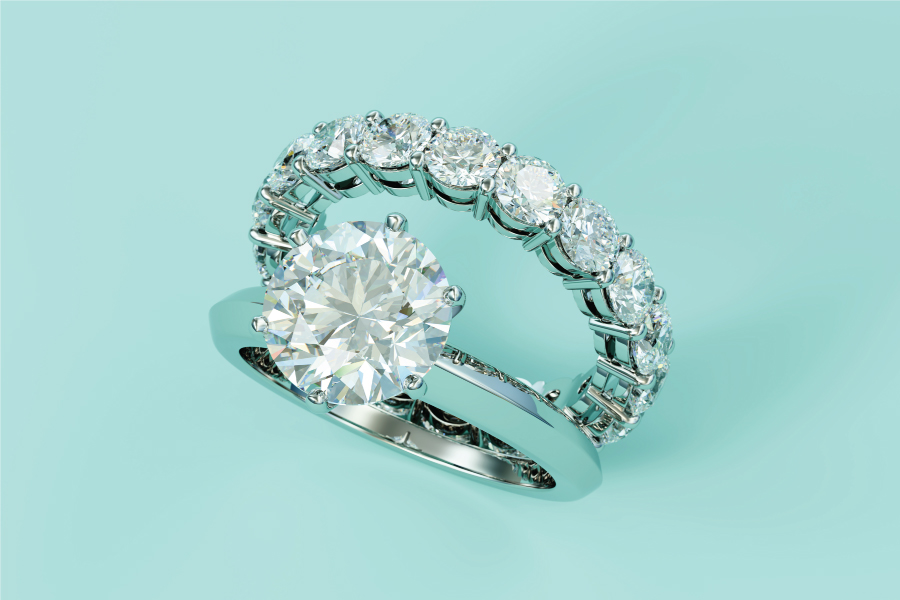 There are three major advantages to using platinum as the metal for your engagement or wedding rings. They are as follows:

Platinum is a very pure metal when compared to other metals. It's usually between 95 and 99 percent pure, which is a fantastic rating.

This is directly related to the purity of platinum. It can be worn by persons with sensitive skin without producing allergic responses because it is so pure. Yellow gold, on the other hand, contains nickel, which can cause skin irritation. Platinum will not irritate or produce rashes on the skin, even on the most sensitive skin.

Platinum is one of the most durable metals available for jewelry in general, and certainly for diamond engagement rings. When compared to something like yellow gold, platinum will last longer and most of the time it will not exhibit indications of wear even after years of use.

This also means that platinum will not require as much maintenance as other metals, and it will be less likely to break or scratch, making it a perfect metal choice for a piece like an engagement ring that is designed to be worn every day for the rest of your life!