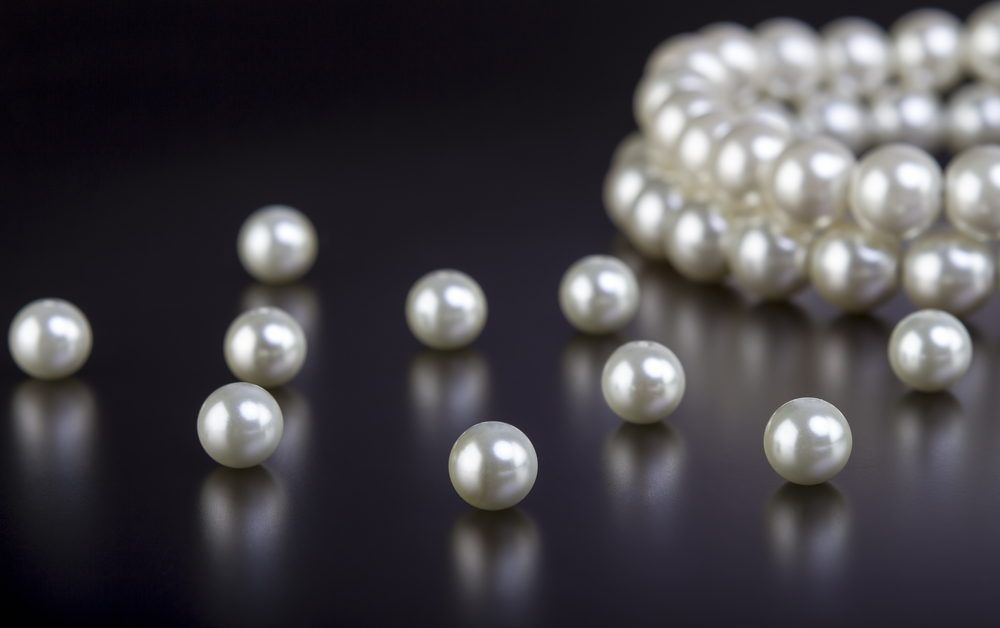 What Is June's Birthstone

June is one of the few months with three birthstones: Alexandrite, moonstone and pearl. The June birthstones are all-natural beauties, giving you a wide variety. Depending on the price and colour of the stone, a June birthday stone is a good choice for individuals looking for an heirloom stone of the same colour at a reasonable price.

Birthstones are gemstones that symbolise a person's month of birth or zodiac sign. And they have been assigned to months since biblical times and transcend cultures.

What is the significance of June's three birthstones?

Many ancient stones are becoming increasingly rare, which is why some months have more than one birthstone. Therefore, there are three birthstones for June. Initially, moonstones and pearls were added, followed by alexandrite in 1952. In this way, alexandrite is also considered the birthstone for June in the modern day.

The Three Birthstones of June

For many reasons, June is one of the best months of the year. Aside from marking the start of summer, June is also known as a peak wedding month, and it is home to three birthstones, each of which is stunning - the pearl, moonstone, or alexandrite. There is a distinctive origin, symbolism, and beauty to each of these stones.

Throughout the world, this beautiful June birthstone is found in the oceans, lakes and rivers. Every woman of any age loves this wardrobe staple. Our forebears were fascinated by pearls' origins. Pearls were believed to have originated as teardrops from heaven by ancient people from the Middle East. In Chinese mythology, the birthstone for June comes from the brain of a dragon. Dew drops were believed to be formed by mollusks by Christopher Columbus and his contemporaries. Living mollusks (either oysters or mussels) produce pearls inside their tissue. Pearls are organic gems.

Innocence, humility, and purity have long been associated with pearls. As such, pearls are traditionally given as wedding gifts because they symbolise "sweet simplicity." As well as symbolising sweetness, pearls are thought to have health benefits. Atharvaveda, a Sanskrit text from ancient times, said that pearls wished people long lives and prosperity. Haemorrhaging and indigestion were believed to be relieved by pearls in Asia. According to some 19th-century Arab physicians, pearl powder improved eyesight, eased depression and calmed nervous tremors.

As one of the most valued gemstones, pearls have a unique translucence and lustre. An oyster's pearl colour is determined by the species and environment in which it is produced. Pearls are most commonly white and are perhaps the most well-known. A pearl can also be found in shades of black, cream, grey, blue, yellow, lavender, green, and mauve. Several islands in the Pacific Ocean and the Gulf of Mexico produce black pearls. There is nothing like an Oriental pearl from the Persian Gulf or Sri Lanka, which is an exquisite cream-coloured pearl. Besides Celebes in Indonesia and the Gulf of California, the Pacific coast of Mexico is also a good location for natural seawater pearls. Bavaria, Germany, and the Mississippi River streams contain freshwater mussels that produce pearls.

Depending on the Mohs scale, pearls range in hardness from 2.5 to 4.5. Due to the acidity of calcium carbonate, pearls disintegrate when exposed to vinegar. Tan and black dyes are sometimes used on cultured freshwater pearls. In reality, black pearls aren't black. Instead, they are green, purple, blue, and silver. They are usually cultured because of their rare appearance.

Most cultured pearls come from freshwater and saltwater farms around the world. Mollusks bearing pearls are transplanted from other places or purchased from other farmers to populate a site. A pearl-bearing mollusk's tissue can also be injected into a non-pearl-bearing one. Cultured pearls can be produced much faster from mollusks stimulated in this way than natural pearls.

Pearls from the South Seas are among the finest in the world. A remote location in the South Sea is the only place where this rare gemstone can be harvested. This process produces giant pearls, and their colours range from white to honey gold with extreme lustre. June birthstone gifts should include a south sea pearl necklace.

The natural occurrence of black pearls is rare, even though cultured and imitation pearls can be dyed in any colour. Among the most valuable gemstones on earth are rich black Tahitian pearls. In French Polynesia, these pearls are cultured today on Tahiti Island.

One of the most famous gems of the feldspar family is the moonstone -. Adularescence is the appearance of light billowing across a gemstone, giving a unique glow. Moonstones with a blue sheen against a colourless background are the most delicate. Both the Roman and Greek lunar gods were associated with this June birthstone. Moonbeams are said to be solidified in Hindu mythology. Moonstone is commonly believed to bring excellent luck, love, passion, and fertility.

René Lalique and Louis Comfort Tiffany, among others, used moonstones in their fine jewellery during the Art Nouveau era (1890-1910). In the 1960s and 1990s, moonstone birthstones were a hot item among the "flower child" movement and New Age designers.

The hardness of the moonstone is 6-6.5 on the Mohs scale, and its toughness is poor. High heat may cause it to crack. Moonstones should not be cleaned with ultrasonic or steam cleaners. A soft brush and warm, soapy water is the best way to clean.

Where Is The Moonstone Found?

Only a few places in the United States have moonstones, including New Mexico, North Carolina and Virginia. India and Sri Lanka are the essential sources of moonstone birthstones, but Brazil, India, Sri Lanka, Madagascar, Myanmar and Tanzania are also important sources.

Known as a mineral that changes colour depending on the lighting, Alexandrite is a rare variety of chrysoberyl. In daylight or fluorescent light, alexandrite birthstones display a vivid green to bluish-green colour and an intense red to purplish red in incandescent light. The Ural Mountains of Russia first discovered significant alexandrite deposits in 1830.

Known as the gem of Alexander II (1818-1881), the heir apparent to the throne, the gem was named after him. The red and green colours of Alexandrite matched the national military colours of imperial Russia, which drew the country's attention. Another phenomenon known as chatoyancy or the cat's-eye effect occurs when certain types of long, thin inclusions are parallel. The cat's-eye alexandrite is one of the most fascinating and stunning gemstones.

8.5 on the Mohs scale. This birthstone is relatively complex. The steel is exceptionally tough and has no cleavage, which is a characteristic that shows it is likely to break when struck. Therefore, it is a good choice for mounting rings and other items subject to a lot of wear and tear. A June bride-to-be would enjoy receiving an alexandrite engagement ring. Ultrasonic and steam cleaners are as safe as warm, soapy water to clean your June birthstone.

Where Is Alexandrite Found?

Today, most alexandrite comes from Brazil, Sri Lanka and East Africa instead of the spectacular Ural Mountain deposits. Some fine-quality stones have been found in the newer deposits, but they exhibit less-refined colour changes and murkier hues than their predecessors from the 19th century. The scarcity of fine-quality alexandrite, especially in large sizes, makes it one of the more expensive coloured gemstones.

Do you have a favourite birthstone among the three? If you prefer a more modern gemstone, like alexandrite, you may opt for the pearl's classic look. Whether it's everyday wear or a special occasion, June's birthstone range is perfect for those born in June. It is possible to wear each June birthstone alone or combined with other gemstone jewellery.

Moonstones, in particular, look stunning with white diamonds in a necklace made of diamonds or pearls. Besides moonstones, blue topaz and quartz are also blue.

Alexandrite pairs well with delicate emerald necklaces because of its vibrant green colour. When contrasted with the gemstones of the garnet family, its purple-red colour looks stunning.

Besides pearls, fine emeralds, blue topaz, pink tourmaline, moonstone, and alexandrite are all gemstones that pair well with pearls.

What Is June's Birthstone Colour?

Various colours are available in June birthstones, though some are much rarer than others.

The rainbow moonstone is a moonstone that encompasses more than one colour. The June birthstones can be chosen based on your or the recipient's preferences - or you can combine them!

Whether it is a wedding, an anniversary, a graduation or a birthday, June is a month for celebrations. Adding a June birthstone to the celebration is the perfect way to mark the occasion. Those born in June choose from three beautiful birthstones. If you or someone you love was born in June, now you know what June birthstones to choose.

Check out the June Birthstone and have an appointment, or email us!

Does each month have two birthstones?

Not all months, some months, just one birthstone

What is the value of alexandrite?

In what form does alexandrite appear?

In most cases, Alexandrite is a green gemstone. As a result, it is sometimes referred to as "man-made emeralds."Crystals of alexandrite are needle-like in shape. In contrast to ordinary emeralds, it has a harder hardness of 7 and a more excellent optical dispersion.