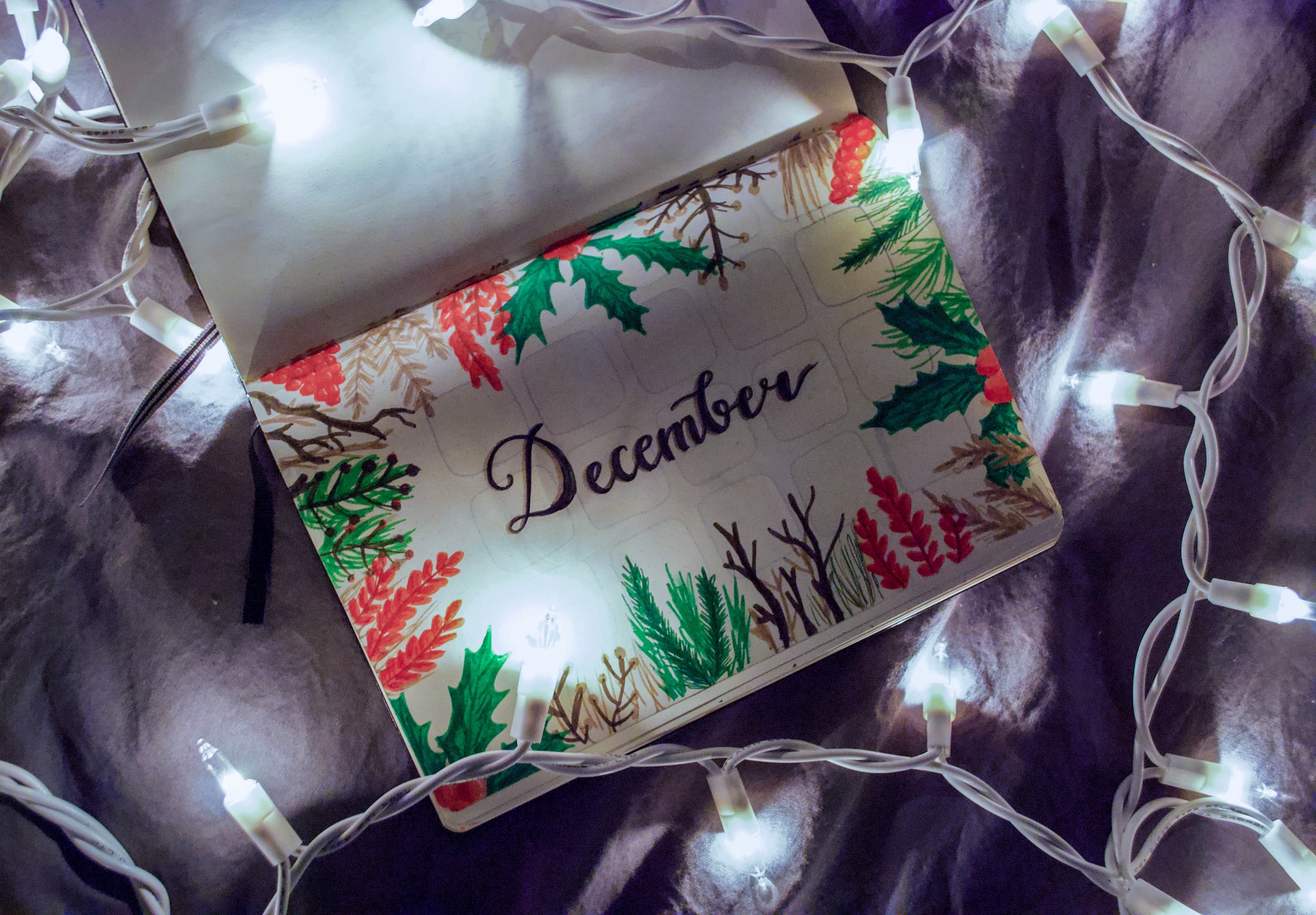 What Is A December Gemstone?

What Is The Best Birthstone For December?

You should consider your preferences when choosing a December birthstone. The three gemstones each have their unique qualities. Your jewellery collection is more stylish, personal, and quality with them all.

The First Birthstone Is Turquoise

The Turquoise stone is the December’s birthstone. The vibrant blue colour and intricate veins of turquoise make it a dazzling gem. Decadent birthstones differ from tanzanites and turquoise. Birthstones are also symbolic of eleven-year wedding anniversaries.

Turquoise is derived from the French terminology Pierre turquoise, which means Turkish stone (pronounced pee-yare turr-qwah). As a December birthstone, turquoise was first brought to Europe through Turkey, according to history.

Many ancient civilisations have used turquoise throughout their history. In Ancient times Egypt, turquoise was often worn by pharaohs. Chinese artisans also carved turquoise over 3000 years ago.

Turquoise has been believed to confer good health and fortune since the thirteenth century. To prevent falling off of their horse, horse riders wore turquoise.

As well as playing an essential role in the lives of a Native American, turquoise played a role in their cosmology. Turquoise, according to the Apache, lies at the end of a rainbow, not at the end of a gold pot. Turquoise was also attached to bows and firearms because they believed it improved accuracy.

In recent royal history, turquoise has also played an important role. Cartier's amethyst and the turquoise necklace were famously worn by Wallis Simpson, Duchess of Windsor.

Over 1,000 years have passed since turquoise was mined in the Nishapur district of Iran. "Robin's egg blue", "sky blue", and "Persian blue" are some of the names given to the prized turquoise found in this region. Turquoise of this colour - regardless of where it comes from - is now described with these terms by trade professionals.

Since the 1920s, Arizona and Nevada have become the largest producers of this December birthstone in the US. Some of the names of the mines are evocative, for instance, Dry Creek, Easter Blue, Emerald Valley, and Fox. Kingman mine in Arizona produces intense blue turquoise and is historically significant.

Sleeping Beauty, a mine in Arizona that produced turquoise for more than four decades, is now closed to turquoise mining. It is a December birthstone that is the world's most commonly produced stone. Central China's Hubei Province is the source of most of the gold-quality turquoise currently mined there.

The Mohs hardness scale rates turquoise at 5 to 6. Resin or acrylic epoxy can be used to treat this December birthstone. Turquoise is strengthened and coloured as a result of this treatment. To fill any cracks in turquoise, metal-loaded epoxy can also be applied. This process creates a similar effect to turquoise marbling.

Light does not typically affect turquoise. When exposed to high heat repeatedly, the gemstone can discolour. Using warm water and gentle soap is the only way to clean your stone. Your turquoise jewellery will last for many years if you take care of it properly.

Turquoise adds a bohemian look to any outfit, whether it's worn as a pendant or ring. All metals pair well with this December birthstone. Rose gold and yellow gold add a touch of vintage style to sterling silver and white gold.

Tanzanite Is The Second Birthstone

There is something radiant about Tanzanite. Velvety blues and violets can be seen in their velvety hues that change with the light. This December birthstone also represents a twenty-fourth wedding anniversary.

Even though Tanzanite is a relatively new gem discovery in the history of coloured stones, it has proven to be one of the most exciting discoveries of the twentieth century. In 1962, zoisite was identified as the mineral beneath blue stones emerging from Tanzania. Merelani Hills, the primary source for this December birthstone, was not discovered until 1967. Due to its country of origin, it was named tanzanite. This deep blue colour is the most valuable, and tanzanite is often described as "velvety" due to its deep and saturated colour.

The leading distributors of tanzanite were many companies that believed it had international appeal. A major advertising campaign was launched by Some in 1968 to promote the product. Tanzanite quickly gained popularity due to its vivid colours and high clarity, as well as its potential for large cut stones. The gem has become the twenty-fourth wedding anniversary gem as well as a December birthstone.

There is only one place in northern Tanzania where tanzanite is mined, the Merelani Hills. In Africa's tallest mountain range, Mount Kilimanjaro, these mines are located.

There is a dwindling supply of tanzanite, according to a study published in 2012. As little as thirty years could pass before Block C, the most significant section of mining territory in Merelani Hills is exhausted. Tanzanite prices rose as a result of this report. Tanzanite will no longer be purchased by the current generation, according to many experts.

Despite being resistant to heat, light and most chemicals, this December birthstone measures 6 to 7 on the Mohs scale of harness. It is still susceptible to cracking if exposed to very high temperatures or sudden temperature changes, and it is easily irritated. Neither hydrochloric nor hydrofluoric acids can damage it.

The blue to violet hues of tanzanite are produced by heat treating brownish zoisite to produce its blue-to-violet colour. There are no additional concerns regarding durability since the resulting colour is permanent. Earrings or pendants are the best settings for your tanzanite birthstone.

Despite being slightly more potent than turquoise, tanzanite can be damaged. Rather than a diamond ring and a bracelet, choose earrings or pendants made of tanzanite or any tanzanite jewellery to extend its life. Tanzanite can, however, be beautifully set in an occasion ring with a protective setting.

Zircon Is The Third Birthstone

It has a rich history that makes zircon a brilliant and underrated gem. Due to its relevance to geology and culture, this December birthstone has historical value.

There has been much debate over the origins of the word "zircon." It is thought to be derived from the Arabic word zarkun, which roughly translates to "cinnabar" or "vermilion." Others believe the word comes from the Persian word zargun, which means "gold-coloured". Both derivations seem plausible based on the broad colour palette for this December birthstone - red, orange, yellow, brown, green, and blue. Because of its brilliance and flashes of multicoloured light, zircon has been mistaken for a diamond for centuries.

It was once believed that this December birthstone lulled people into a deep sleep and frightened away evil spirits in the Middle Ages. Hessonite garnet alternates with zircon as one of the nine gems of the navaratna in Hinduism.

Wearing the nine gems together protects the wearer and brings wealth, wisdom, and good health. Blue zircon was a favourite of Victorians. During the 1880s, antique English jewellery contained numerous fine specimens.

Zircon can be found in abundance in Elahera, Sri Lanka. As well as blue, yellow, and pink sapphires, hessonite garnet, tourmaline, moonstone, and quartz, Sri Lanka is also known as the Gem Island.

There is also plenty of zircon mined in Australia's Harts Range, which tends to produce yellow-brown, orange-brown, pink, and purple zircon. The December birthstone is named after Zircon Hill in Australia. There are 37% of zircons mined today in Australia, which leads the world in zircon production.

According to the Mohs scale, zircon is hard enough to be considered a gemstone. Commonly, it is heat treated to produce orange, yellow, and red varieties as well as blue and colourless ones. In most cases, heat-treated gems are stable when exposed to light, but some may return to their original colour (usually light brown) when exposed to bright light for an extended time. The colour of some zircons can be altered by heat exposure. Chemicals do not affect this December birthstone.

Since zircon tends to abrade under rough conditions, it should not be worn while gardening, playing sports, or doing the dishes. Clean your zircon with a soft brush and warm water, and mild soap. This December, the birthstone should not be cleaned with ultrasonic or steam cleaners.

There are many colours of zircon, but blue is the most popular because it's the birthstone for December.

Due to zircon's strength, it can be worn in a variety of ways, such as earrings, rings, necklaces, and more. Zircon rings should be protected as with tanzanite rings. Earrings and necklaces are less likely to wear out than rings.

A gemstone's colour and vibrance can be significantly affected by lighting. The exact gemstone can appear completely different under different lighting conditions and at different times of the day.

Under different lighting conditions, each gem's unique structure sparkles, but mostly under white light or daylight.

In addition to its traditional setting in sterling silver, turquoise can be paired with a variety of colours. Turquoise is primarily protected from different types of light due to its opacity and vibrance. Despite this, turquoise is a great choice to dress up a daytime outfit or make a nighttime outfit more intriguing.

Lighting plays a significant role in Tanzanite's colour. A gemstone's vibrant blue colour is enhanced by natural light, while its violet colour is enhanced by artificial light. Wear tanzanite with other jewellery, shoes, and outfits that match your skin tone. It is possible for indoor lighting to make the stone appear violet. An outdoor setting will enhance the stone's blue tones during the day.

Light dispersion (also called fire) causes zircon to appear extra vibrant because of its excellent light dispersion. A rainbow effect is created by zircon under white light, which makes the gemstone extremely bright. When you wear zircon during the day or in the sun, your stone will sparkle twice as much.

Whether you're born in December or not, you'll have your pick of turquoise, tanzanite and zircon. Besides red, yellow, green, purple, and brown gems, you can also pick ones that are brightly coloured. Let your personality guide you as you search for the perfect December birthstone.

Sagittarius birthstone: what is it?

Sagittarius' birthstone is the blue variety of topaz, despite topaz being available in many colours. In the same way as turquoise, blue topaz is associated with peace and tranquillity, which are necessary to counteract the fiery nature of the Sagittarian.

What is the rarity of the December birthstone?

A truly magnificent birthstone, the sapphire is the birthstone for those born in December. The ultimate blue gemstone is a thousand times rarer than a diamond.

Turquoise is opaque, as opposed to translucent like many other gems. Depending on its brownish grey, pale green, sky blue, or greenish blue colour, it can be described as blue-green. The bluer the stone, the more copper it contains, and therefore the more valuable it is.