What Colors Do Emeralds Come In

The finest emerald gem green colour is a blueish, bright green. There are many different shades of emerald green. It has various shades of green and it can be a shade of turquoise, blue or yellow.
Colour is measured by three values and five characteristics. Hue, tone and saturation can be considered the elements in a colour. A primary end goal of colour measurement is to help retailers associate the colour of a product accurately to the shade it portrays with those they sell.
The gem substance does not have to be translucent to qualify as an emerald. There are many beautiful carved emeralds; however, the carving-grade material is not as valued as the translucent facet-grade material.

4 C's That Define Color of Emerald

The 4 C's that define the colour of an emerald are gem colour, clarity, cut and carat weight
The jeweller needs to know the correct way to cut the emerald to make sure that it's a perfect and beautiful stone for their customers. We will discuss some of these issues in this article and explain how we can help you with your cutting process.
A gemstone is a natural object that can capture the attention of a person. It has symbolic value, but it also has physical value. The colour and cut of the gemstone determine its value.

When it comes to colour, the most desirable hue range is from bluish-green to yellowish-green with medium to vivid colour saturation. The different colours of emerald gems depend on what impurities they contain: trace elements such as chromium, vanadium, and iron.
The emerald gemstone is a transparent green crystal that is caught in between two layers of carbon, which are frequently found in the earth's crust. The carbon layer is called the 'fused' structure and the mineral is called an 'emerald'.
The tone refers to a gem’s relative lightness or darkness. According to the GIA tone scale, tone runs from 0 (white or colourless) to 10 (black).
Fine emeralds tend to fall between 2 and 8.
Hue refers to the type of green colour an emerald has. Green colouration in emeralds has been observed to define the colour saturation level of the crystalline. The emerald is a crystal that is known to be saturated in green colour. Lighter and brighter emeralds are very crystalline compared to dark emeralds. Sometimes high-dark emeralds that have dull colour saturation will lower the level of quality. 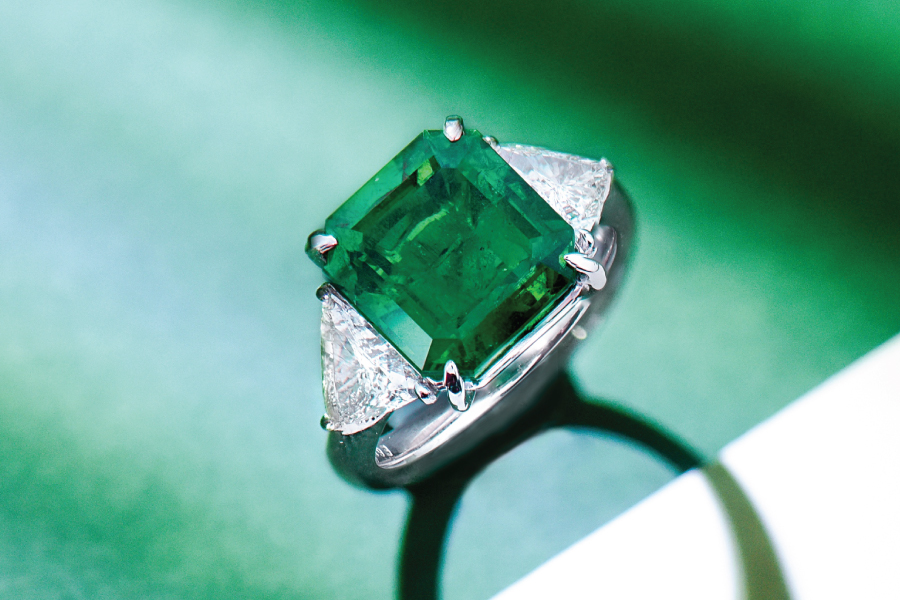 The clarity of emeralds is what distinguishes them from other gemstones. The clarity of a gemstone relates to how it appears on the inside. Inclusions are microscopic particles of gases or other elements that are part of the crystallization process in most emeralds.
An eye-clean emerald is very valuable because they’re so rare, and are extremely valuable to collectors. The trade generally values more eye-visible inclusions in higher-quality emeralds. It is important to note that the GIA Laboratory emphasizes that it utilizes the classification system to determine the degree of treatment, not to provide an overall clarity rating for the stone.
The GIA Laboratory provides a point-based classification system (with several levels of program support) that allows the client to be more specific in grading the treatment of their polished stones. They define the degree of clarity enhancement as minor-major, moderate, or significant.

Emeralds are extremely valuable and expensive gemstones that are used in jewellery you buy. It is a very popular and expensive stone, but it has its drawbacks as it can be very difficult to cut properly.
The emerald cut must maximize the effect of hue, tone, and saturation. The cut of emerald defines the rough depth of colour, durability, and inclusions. A mistake during the cuts caused a great loss of value of the emerald. A cutter can alter the geometric form of an emerald while altering its proportions and number of facets. More facets mean more light colour, but deeper cuts make emerald dark in colour.
It is also difficult to cut emeralds. Emerald cuts are prone to significant fractures during cutting called fissures which affect the finish and colour. Emeralds are more brittle, which makes them vulnerable to damage during cutting, polishing, and setting, or even during careless daily wear.

What is the rarest colour of emerald?

Rarely is the clarity of an emerald transparent. A Trapiche Emerald is one of the rarest gemstones on earth. It is worth more than $2.6 million and hence it's a very expensive gemstone. The Trapiche Emerald is typically mined in Columbia near Coscuez, Muzo and the La Pena mining district. In addition, the most stunning and finest from the Trapiche Emeralds originate from the magnificent mines of the Muzo district. 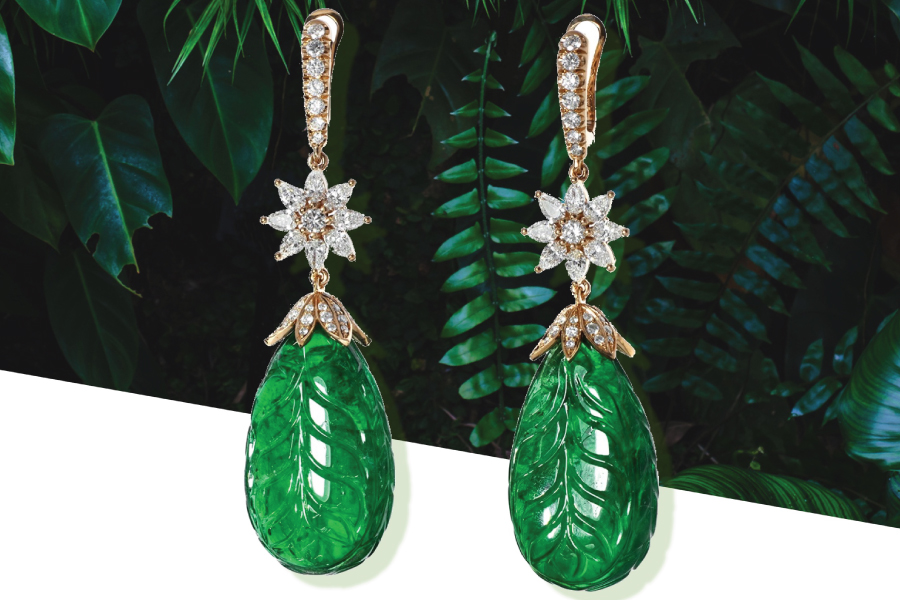 What is the best colour for emeralds?

The colour is complicated in emeralds, as it is in other gemstones since emerald green has an extremely limited range of somewhat yellowish green to bluish. A perfect bluish green is usually the most sought-after hue – however, each person has their preference.

How can you tell a real emerald from a fake?

One way to tell if an emerald is natural is if it has naturally contained crystals, inclusion, of any kind. Synthetic emeralds have all of the same chemical and optical qualities as real emeralds, and the only way to tell them apart without lab equipment is by their inclusions.

Most people don’t know that emeralds are extremely rare and valuable. This is because most people only take in the visual impression of a gem, rather than looking at its true value when considering a purchase.
The image you see is near accurate as green has also been famous amongst film and photography personnel for being the most difficult colour to capture accurately.
The green in emeralds is often described as a shimmery colour. The reason behind this can be attributed to the varying degrees of light, temperature and pressure that is present in different mines around the world. Therefore bright, vivacious greens as per the definition of emeralds is the best colour.