What Birthstone Is A Diamond

Both meaningful and beautiful, birthstones make excellent jewellery options. Choose something the recipient will cherish for years, such as a pendant, bracelet, or ring. In some months, you'll be able to select from more than one birthstone, while in others, there will only be one.
You may have noticed that there isn't one "right" birthstone for each month if you've looked into birthstones. Over the centuries, different cultures and organisations have developed ancient, traditional, and modern birthstone calendars.

Diamond Is The April Birthstone

In addition to their brilliance and fire, diamonds are white, colourless gemstones. Strength, prosperity, and abundance are symbols of the April birthstone. This gemstone ranks a ten on the Mohs scale of hardness, making it the world's hardest substance. It takes billions of years for diamonds to form because they are made of carbon.
Diamonds are most commonly white and colourless, but they can also be green, yellow, blue, purple, pink, or red. White or colourless diamonds, however, are traditionally the April birthstone.

The extreme hardness and durability of diamonds and their beauty make them synonymous with strength and eternal love. Having been used in engagement rings and wedding rings for a long time, it's no wonder they are so popular.

Diamonds were initially collected from India's rivers and streams, where we first fell in love with the April birthstone. The royalty and the wealthy coveted diamonds as early as the fourth century BCE. As time went on, caravans brought Indian diamonds to medieval markets in Venice with other exotic goods. As early as the 1400s, diamonds had become a fashionable accessory for Europe's elite. In 1477, Archduke Maximillian of Austria gave his betrothed, Mary of Burgundy, the first diamond engagement ring. In 1668, King Louis XIV of France (then referred to as the French Blue diamond) purchased the legendary 45.52 carats blue Hope diamond from India's Golconda mining area.
Brazil became a vital diamond source as India's diamond supplies declined in the early 1700s. Gold miners discovered diamonds on the banks of the Jequitinhonha River in Minas Gerais when they sifted through gravel. Diamonds were discovered near Kimberley, South Africa, in the late 1860s, and the modern diamond market began. For more than 150 years, Brazil dominated the diamond market.
It is estimated that by 1900, De Beers controlled 90 percent of the world's rough diamonds production due to Cecil Rhodes' establishment of De Beers Consolidated Mines Limited. South Africa's Premier mine recovered a 3,106 ct (621 gm) diamond in 1905, the largest diamond ever found. The Great Star of Africa diamond, 530 ct in size, was cut from it and is currently set in the Cullinan I diamond, part of the Tower of London's Royal Sceptre with Cross.
The Colour
A diamond may exhibit a rainbow of fancy colours, although most are colourless. Every preference and occasion can be met with a fancy coloured diamond, from deep blues to yellows to reds. 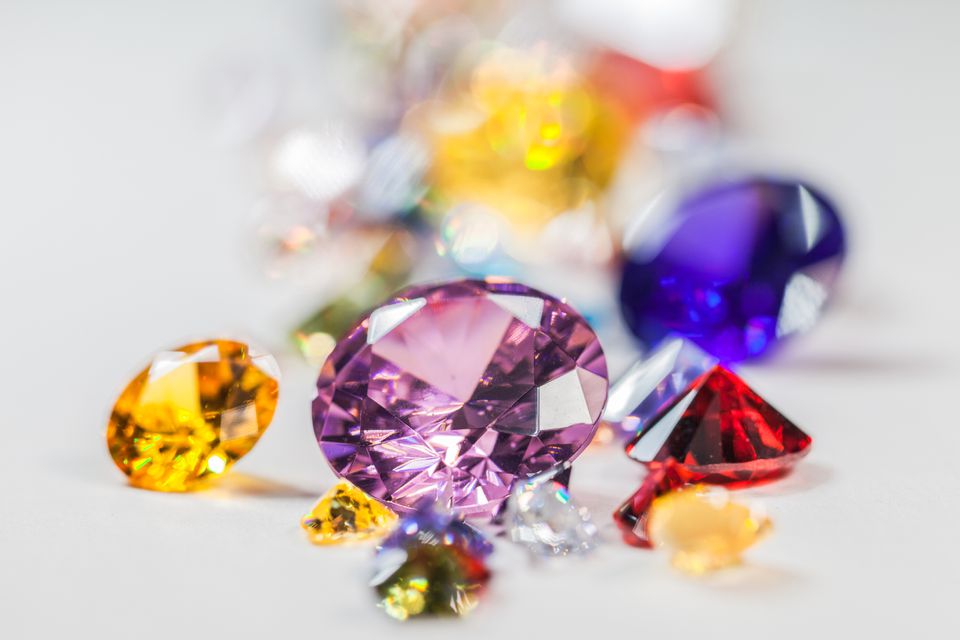 Is Diamond The Only Birthstone For April?

It is vital to consider alternative birthstones for April since the "traditional" birthstone is a diamond, a costly gem. As a result of conflict, bloodshed, and environmental degradation, diamonds often leave a trail of destruction in their wake. The price of diamonds is also kept high by regulating the number of diamonds released to the market and the tragedy around them. Despite what we were taught, diamonds aren't as rare as we thought, and their marketing is carefully designed to arouse desire for the gem. Many people look for diamond alternatives for April birthstones because of ethical, moral, and financial concerns.
Some gemstones were used as April birthstones in ancient cultures long before diamonds were famous. Additionally, some modern alternate birthstones for April were added because they have a similar visual appearance to diamonds, which makes them more affordable.

The old Roman, Italian, Russian, Hebrew, and Arabic calendar designated sapphire as the April birthstone. The mineral corundum comes in many colours, including sapphire, a precious variety. While sapphire's most popular colour is blue, it is also available in pink, orange, yellow, black, and white.

One of the alternative April birthstones is quartz, which is popular due to its clear colour and resemblance to diamonds. April is also marked by the birthstone of clear quartz, known as rock crystal in Britain. The crystal structure of quartz allows specific impurities to form colored diamond or gemstone, such as yellow citrine or purple amethyst. In any case, the classic clear quartz is ideally suited to be used as an April birthstone. A rough diamond or crystal point or a faceted quartz stone can be worn for a more sparkling look.

In addition to being beautiful and meaningful, birthstones are excellent jewellery options. You can choose from pendants, bracelets, rings or earrings to give a gift that will be cherished for a lifetime.
April's birthstones have various historical roots and metaphysical properties with varying historical significance. Wearing birthstone jewellery you love and are drawn to is essential for diamond jewellery.

Despite their different appearances, aquamarine and bloodstone, March's two birthstones, are known for protecting one's health. Symbolising the sea, aquamarine is the birthstone for August.

The most affordable birthstone is the?

Topaz, a mineral made of silica, comes in various color and shades. Compared to other birthstones, its hardness of 8 makes it suitable for virtually any type of diamond jewelry or birthstone jewelry.

Does wearing your birthstone bring you good luck?

There is a belief that wearing birthstones brings good luck, health, and protection. Certain gemstones were believed to have supernatural powers by ancient astrologers.

June Birthstone is associated with three, why is that?

Due to the rarity of june birthstone, some ancient stones are less likely to be available on the market and meet consumer demands, which is why some months have multiple birthstones.