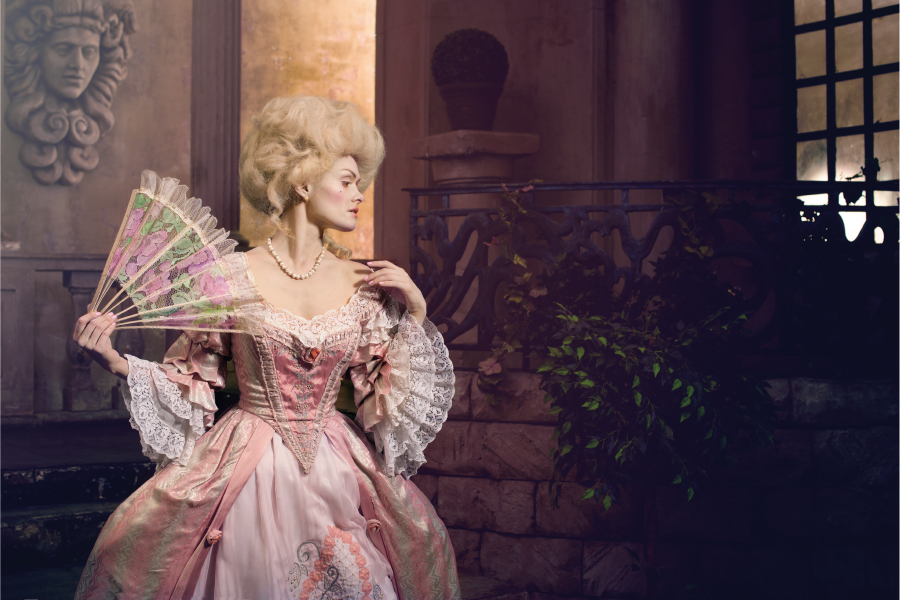 Victorian Jewelry: Trendier Than You Think

Flora, fauna, hearts, crescents, knots, stars, and just about any gemstone they could find...you name it, and the Victorians probably used it in their jewelry! Victorian jewelry featured the most diverse collection of motifs of any time in recent history. But what were some of the most popular 'trends' in Victorian jewelry and how many of those have survived? That's what we are going to talk about today.

In 1837, a young Queen Victoria ascended to the throne. The young Victoria was a far cry from the heavyset older woman most of us think of today. She was pretty, lively and her fashion sense was unusual and impeccable.

The new Queen Victoria quickly became a trendsetter for gems both in her own country and abroad as a great lover of jewelry. Styles spread wider and faster than ever before thanks to new popular media like international newspapers.

The public fascination with royal wedding jewelry was as fervent in the Victorian era as it is now. However, Queen Victoria's engagement ring was very different from that of any modern member of the Royal Family.

The engagement ring given to Queen Victoria by Prince Albert was a snake with an emerald in its head, which was her birthstone. Birthstones were popular for engagement rings before the diamond solitaire took over, and this official first engagement ring of the era increased the appeal of the snake theme, which is still popular among antique jewelry lovers.

Sentimental symbolism survived from the previous Georgian era into Victorian jewelry too, particularly in the form of a plethora of lovely and intricate knot rings, lockets, miniatures, and a variety of other expertly crafted details. Victorian emotions found an outlet in jewelry that said things that their givers and receivers couldn't in what was a very emotionally repressed time. 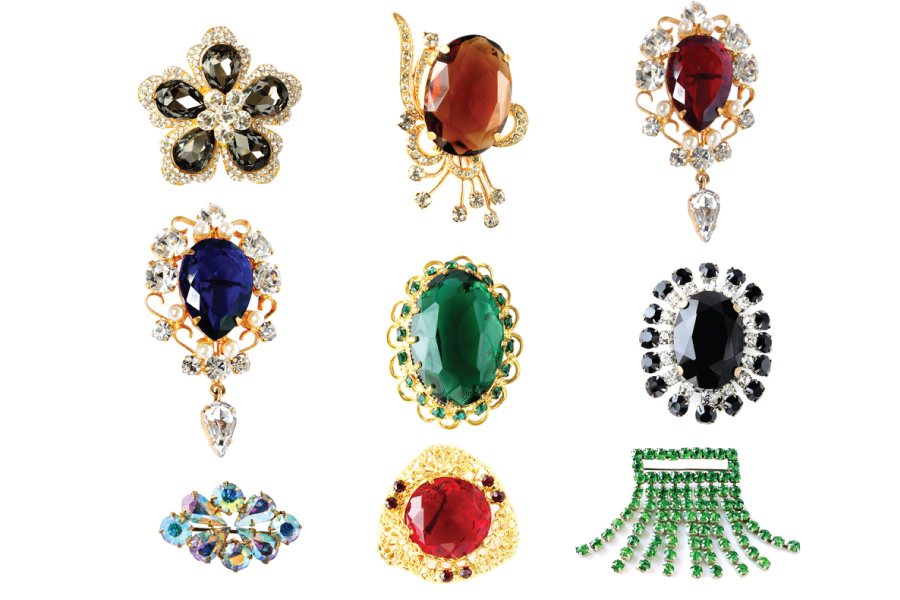 In the Victorian era jewelers used a wide range of gem materials. Agate, amber, amethyst, chalcedony, chrysoberyl, diamond, emerald, garnet, malachite, seed pearls, quartz, topaz, and turquoise were some of the most popular.

Ivory, lava stone, and tortoiseshell are also common materials in Victorain jewelry, as is coral, with darker the color, the more expensive this was.

Gutta-percha, a Malaysian tree sap, could be molded into long-lasting jewelry pieces. Jewelers used this material for mourning jewelry because of its brownish to black color. Vulcanized rubber was also used in the jewelry industry for similar purposes.

Until the 1850s, bog oak, Irish wood recovered from bogs, was hand carved and used in jewelry.

The following are examples of notable gem cutting styles:

What Were the Hot Items in Victorian Jewelry?

Some of the jewelry most beloved by Victorians is similar to the pieces that are best loved today: gemstone rings, delicate pendents and charming bracelets. Some trends of the time are rather unique to era though.

Acrostic jewelry was hugely popular. This made use of precious colored gemstones to spell out a sentiment. Rings were the most popular, and they were gifted not just to romantic partners but to mothers, siblings, friends and others. Very expensive forerunners of the friendship bracelet if you like!

Cameos were big news too. Early Victorian times saw a resurgence of interest in this ancient jewelry technique. British tourists visiting archeological ruins in Italy used to bring them home as souvenirs and once they became fashionable British jewelers began to craft and sell them, usually making use of out of coral, shell, and lava stone. The cameo is still a popular theme in costume jewelry today.