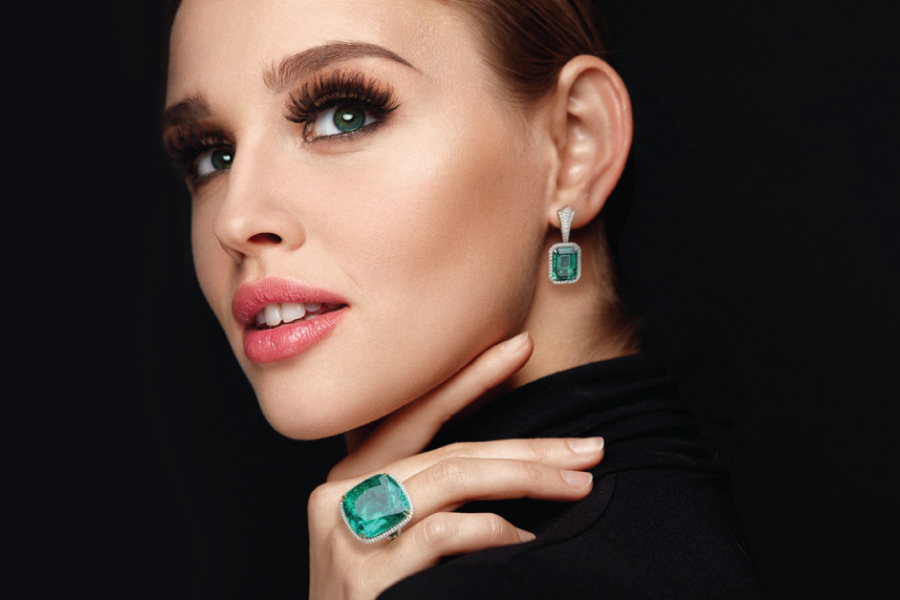 Some terms, words, and concepts are thrown around so often in some context or another that many people feel as though they know a lot about said topic when in fact they are rather clueless. Take emeralds for example. Who doesn’t know what an emerald is, its color, and its value? Not many. However, when it comes down to emerald facts, most people, including jewelry enthusiasts, fall short. What is emerald information and how does one go about finding out about it? Here are some quick answers to important questions about emeralds that will save one time and effort, as well as help one get the facts right.

Fact #1: Emeralds are Not Just Green

Most people who hear the word emerald immediately think: emerald green stone. While this is largely true, emeralds appear in other colors as well. However, the most sought after color is green, and the most sought after green gemstone is a natural green emerald. Since the mineral from which emeralds are created is beryl, which is colorless, it makes sense that other colors exist as well. It’s the combination of beryl and chromium, and sometimes vanadium, which gives green emeralds its regal color. Other possible emerald colors include yellow and blue.

Fact #2: Emeralds are Quite Hard

The emerald gemstone belongs to the beryl family, a mineral that is rather sturdy in terms of hardness although it is not quite as hard as a diamond, ruby, or sapphire. Emeralds rank 7 on the Mohs scale of hardness, whereas diamonds rank 10 and rubies and sapphires rank 9.

Fact #3: The Majority of the World's Emeralds Come from Colombia

Colombian emeralds probably ring a bell for most people, but many probably do not realize that over 50% of the world’s emeralds come from Colombia! What does this mean? Well, since Colombian emeralds set the bar for emerald quality with their top notch stones, there are far more pricey emeralds out there than “affordable ones.” Generally speaking, emeralds from other countries such as Zambia, Ethiopia, Brazil, and Zimbabwe, will cost less than a Colombian emerald. However, since they account for the minority of the world’s diamonds, it might be harder to locate the exact emerald of one’s dreams if one specifically doesn’t want a Colombian emerald.

Knowing just a little bit more about emeralds will not just help one through his or her journey to finding the perfect emerald, but it will also serve as interesting information to have and to be able to share. While these three fact are indeed fascinating and not so well known, there are many other helpful and phenomenal facts about this intriguing stone that are worth learning about.