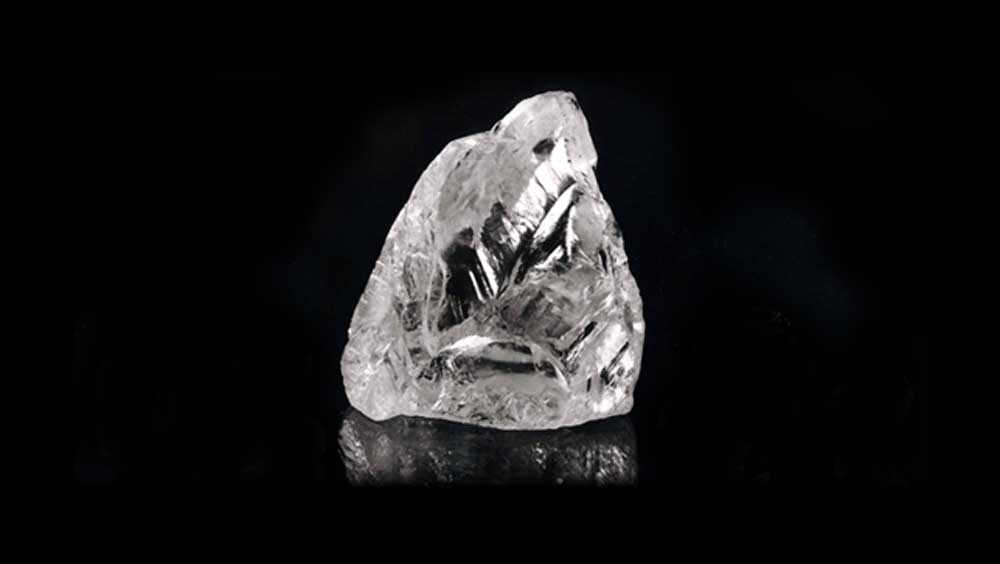 Over 100 years ago, a mine superintendent in Africa, came upon a miraculous discovery. First assumed to be a large cut of glass, embedded in the walls of the mine, was in fact a colossal diamond weighing over a pound and to date, remains the second largest diamond in the world!

In 1905 this diamond was dubbed the Cullinan Diamond, after the owner of the mine. Incredibly, at this time, the Cullinan was twice the size of any rough diamond discovered previously. At 3,000 carats this rough white diamond was valued at only 150,000 GBP, but due to its rarity was insured for ten times that original value. 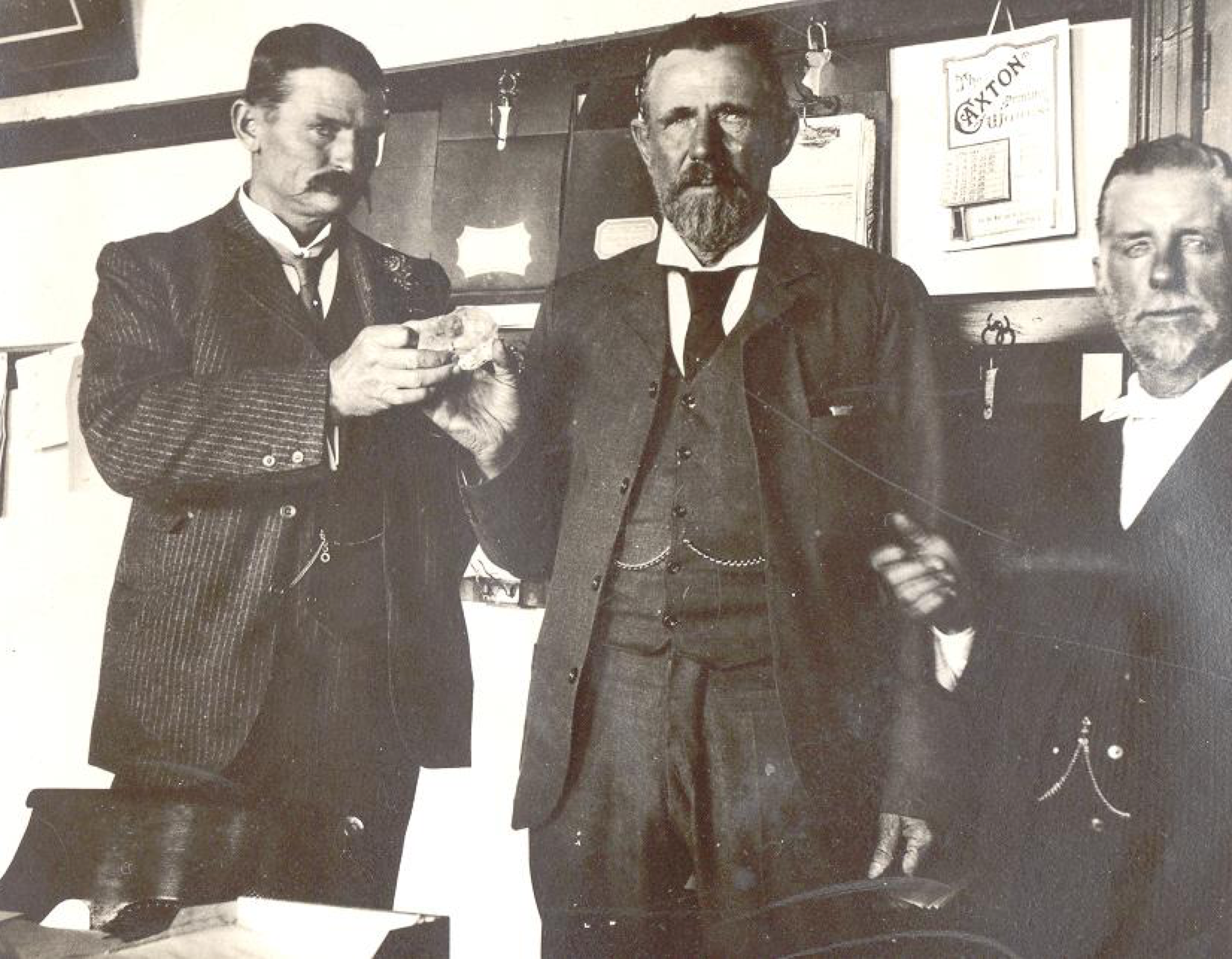 The diamond was snatched up by the Transvaal Colony government who was then pressured by many groups to gift to various dignitaries. Of course, an initial suggestion was to offer the one-of-a-kind diamond to King Edward VII of England, as a symbol of loyalty. Although a vote of over forty cabinet members ensued and voted against the gift, the British Prime Minister none the less chose to offer it to the King and allow him to make the final ruling.

Years later, when Churchill became Prime minister, he was finally able to convince the King to accept the precious gem and was likewise gifted a beautiful replica of the Cullinan diamond as a thank you.

Although British detectives were hired to carry the expensive diamond via steamboat to London, this was merely a ploy to avoid theft. The real Cullinan diamond was in fact, delivered in a simple box via post, to avoid suspicion.

Presented to the King on his birthday he declared it a “historic jewel” and “heirloom”. The diamond was then cut into segments, the initial three by Asscher Brothers of Amsterdam, and later cut into nine large and 96 small diamonds as well, each with their own signature name, cut and wearer.

The Great Star of Africa

The largest of all the segments have been dubbed as the Great Star while the smaller one is known as the Second-Star of Africa. The Great Star received a pear-cut and sits within the British Scepter, an integral piece of the Crown jewels.

It can be worn as a pendant or even as a brooch when paired with the second-star which has a rectangular cut. The Second Star, boasting over 300 carats, can be seen in the British Imperial State Crown. 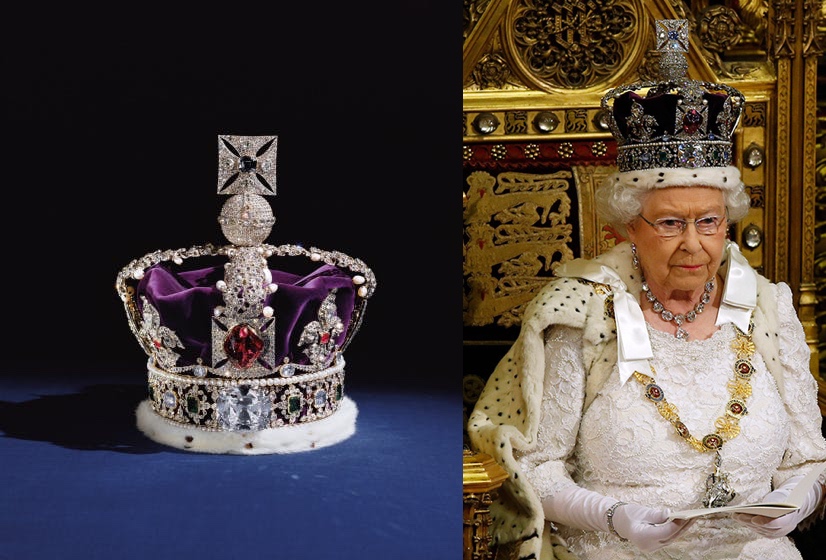 The Cullinan V however, has been worn many times by Queen Elizabeth 2nd, with its beautiful heart-shaped diamonds, each an incredible 18 carats.

Queen Mary enjoyed wearing the heart-shaped diamonds in a brooch often with the Cullinan VI and VII. These diamond segments are one of the Queens favorite pieces of jewelry.

The other Cullinan diamonds, that is VI, VII, and VIII all have their own special place despite their smaller size.

The VI is an elegant marquis cut brooch and can be adjusted to be worn with the heart-shaped Cullinan V.

Cullinan VII is also a marquise cut albeit larger at over 11 carats. Queen Mary had this famously set in a pendant, attached to the Delhi Durbar necklace of emeralds and diamonds. The VIII has been cushion-cut, an especially beautiful cut for a diamond, but unfortunately is hardly worn. Apparently, it disturbs the Queen while eating. She has been quoted as saying “it gets in the soup”! 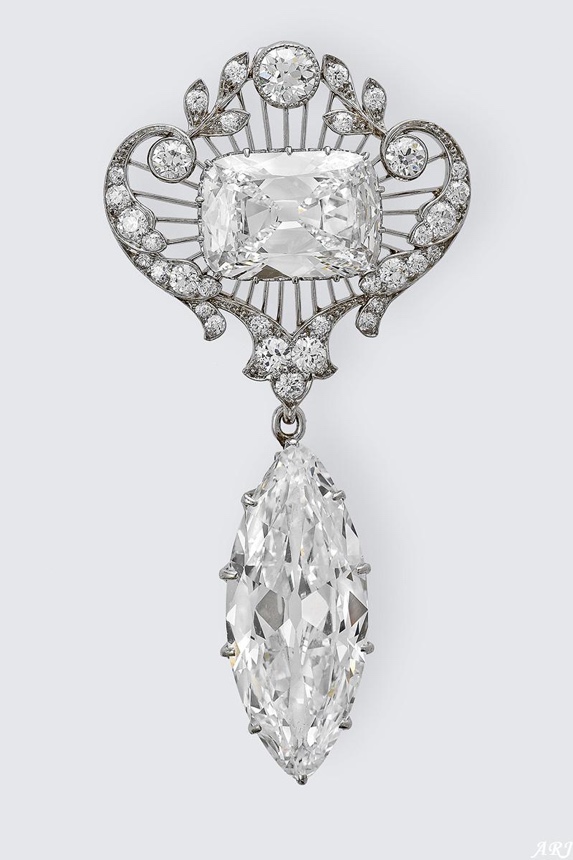 The last Cullinan diamond is the only one set in a ring. It boasts an elegant pear cut and a platinum band making this diamond, affectionally called Cullinan IX, an amazing work of beauty. 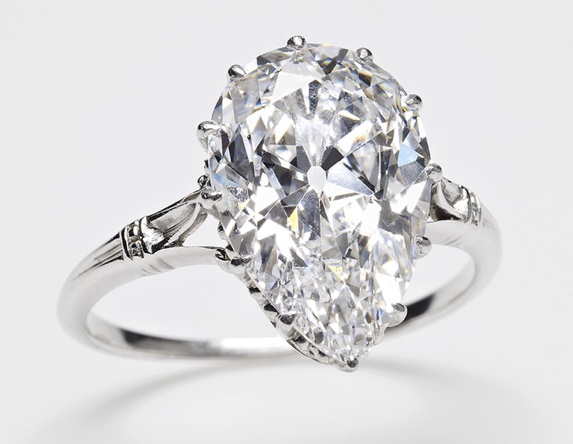 Once the Cullinan was cut into segments it no longer has the same value. However, when valued together the piece would be worth an astonishing two billion dollars! 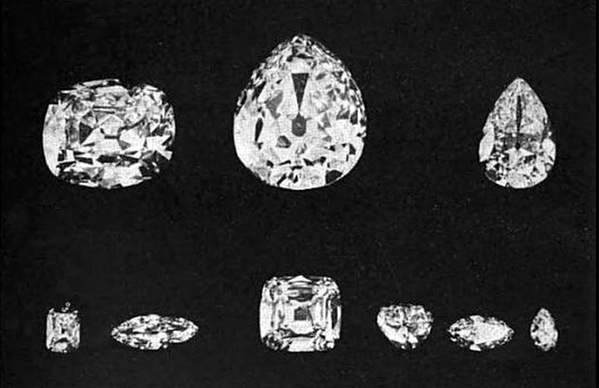 Each of these rare and exquisite diamonds can be observed at Buckingham Palace. These priceless diamonds are also available for your viewing pleasure at the Tower of London.