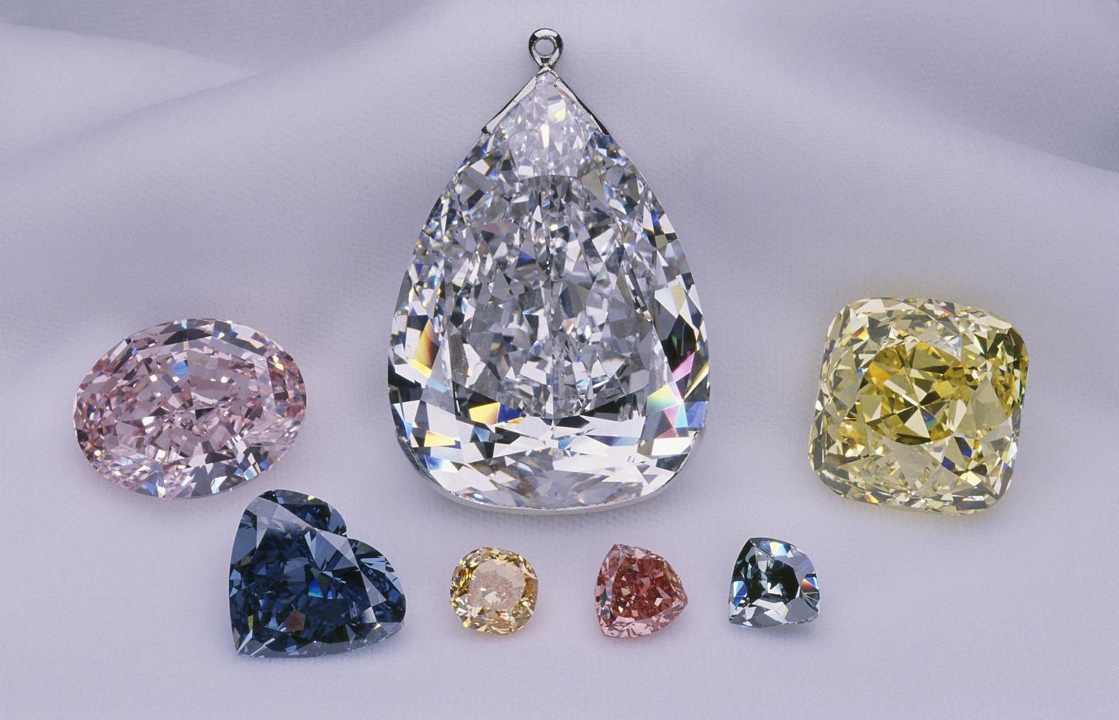 A lot of big events accompanied the arrival of a new millennium in 2000. Perhaps the biggest such event in the diamond industry was the unveiling of the Millennium Diamond, a stunning diamond that now stands as the second largest in the world.

Here we are going to take a closer look at this stunning gem - that is officially known as the De Beers Millennium Star Diamond, as well as some other legendary gems it took its place in history alongside after it made its public debut in London.

The Millennium Diamond - A Star for a New Century

Imagine unearthing a diamond so large that it would take over three years for workers to cut it into its final form?

That’s exactly what happened in Zaire in 1990 when a diamond of over 700 carats was discovered. The rare jewel was purchased by DeBeers and now sits at the center of their entire collection.

The De Beers Millennium Star, certified by the Gemological Institute of America, is the world's largest top-colour internal and external flawless pear-shaped diamond.The Millennium Star Diamond is one of six of the largest rough diamonds ever found in the world. To determine the perfect cut, a design team worked tirelessly to create 100 plastic replicas. After extensive examination, it was decided that the Millennium Star would be a pear shaped jewel, boasting an impressive 54 facets.

This incredible diamond underwent a long but necessary journey; first to Belgium to be cut and then to South Africa for an expert polish.

Its final destination was New York for all the remaining touches. This arduous process is typical for highly valued diamonds to ensure the gem is and remains perfect, without any cracks or breaks from the polishing process.

In its completed form, this gorgeous pear-shaped masterpiece weighs in at over 200 carats with a D color grade and carries the title of the only completely flawless diamond, inside and out.

And how was this stunning gem introduced to the world? The world's only diamond chosen to symbolise the future 1000 years and presented in front of Her Majesty Queen Elizabeth and 85 million television viewers worldwide, at the stroke of midnight at the Millennium Dome in London in 2000, a laser beam illuminated the unrivaled De Beers Millennium Star. These days it still serves as the centerpiece of the De Beers collection, and, in answer to the question 'where is the Millennium Diamond now?' It is held at De Beers New York offices, under strict security, although it is still occasionally displayed.

Remember we said that the Millennium Star was the second largest flawless cut diamond in the world? The Centenary Diamond is the gem that tops it.

While other diamonds have long and convoluted backstories, the Centenary Diamond's history is very brief. This huge stone weighed 599 carats (119.8 grams) uncut when it was discovered in the Premier Min in July of 1986 using an X-ray imaging technology. It's the Premier Mine's third-largest diamond, and it's internally and externally flawless, with a grading of D.

On May 11, 1988, the Centenary Diamond was first displayed in the rough at De Beers Consolidated Mines' Centennial Celebration. Master-cutter Gabi Tolkowsky worked for nearly three years with a small team to transform the diamond into the world's largest, most contemporary, top-colour, flawless diamond.

The De Beers Corporation generously loaned the Centenary Diamond to the Tower of London, where it was displayed for several years. The Centenary Diamond's current ownership is shrouded in mystery; it is thought that De Beers no longer owns the stone, but the new owner is unknown. De Beers has refused to comment on the Centenary diamond's ownership status, citing its stringent confidentiality policy.

If the Centenary Diamond lacks a long and complex history, it can be safely stated that the Hope Diamond is the complete opposite. Sometimes jewels come with a tale that affects all of their owners. One of these was the infamously unlucky 45-carat blue Hope Diamond, often known as the Tavernier Blue. Many people who have held or been around the stone since its discovery in the Kollur mine in seventeenth-century India have been reported to have suffered terrible fates. [The gem's uplifting name comes from a London banking family who bought it in the 1830s.]

According to legend, victims of the diamond were torn apart by wild wolves in Constantinople, shot onstage, and, in the case of Marie Antoinette and Louis XVI (who had treasured the diamond as part of the French crown jewels), infamously executed during the French Revolution.

Unlucky it might be, but the Hope Diamond is certainly a stunner in every sense of the word. The diamond's color grade is a fancy dark grayish blue, and its cut is a cushion antique brilliant cut. It weighs 45.52 carats. The Gemological Institute of America determined all of this in 1988, and, when it finally fell into the hands of legendary jeweler Harry Winston in the 1950s, he donated it to the Smithsonian Museum in Washington, DC, where it remains to this day.

As experts in fancy colored diamonds, we have a particular fondness for the Oppenheimer Blue. The Fancy Vivid blue emerald cut diamond, weighing 14.62 carats, is the largest and highest quality blue diamond ever sold at auction. Blue diamonds are extremely uncommon, accounting for fewer than 0.0001% of all diamonds in the world, and less than 1% of these are vivid in hue, hence the diamond's exorbitant price.

How high was the price when the diamond came to auction in 2016? Christie's Geneva auctioned it for a staggering $57.5 million! This smashed the previous record for a blue diamond, which previously belonged to the 12.03 carat blue diamond known as the “Blue Moon of Josephine”.

Wondering about the less than romantic name given to this stunning blue diamond? Sir Philip Oppenheimer, the diamond's previous owner, was honored with being the inspiration for its name. The Oppenheimer family is well-known around the world as the owners of the powerful diamond firm De Beers.