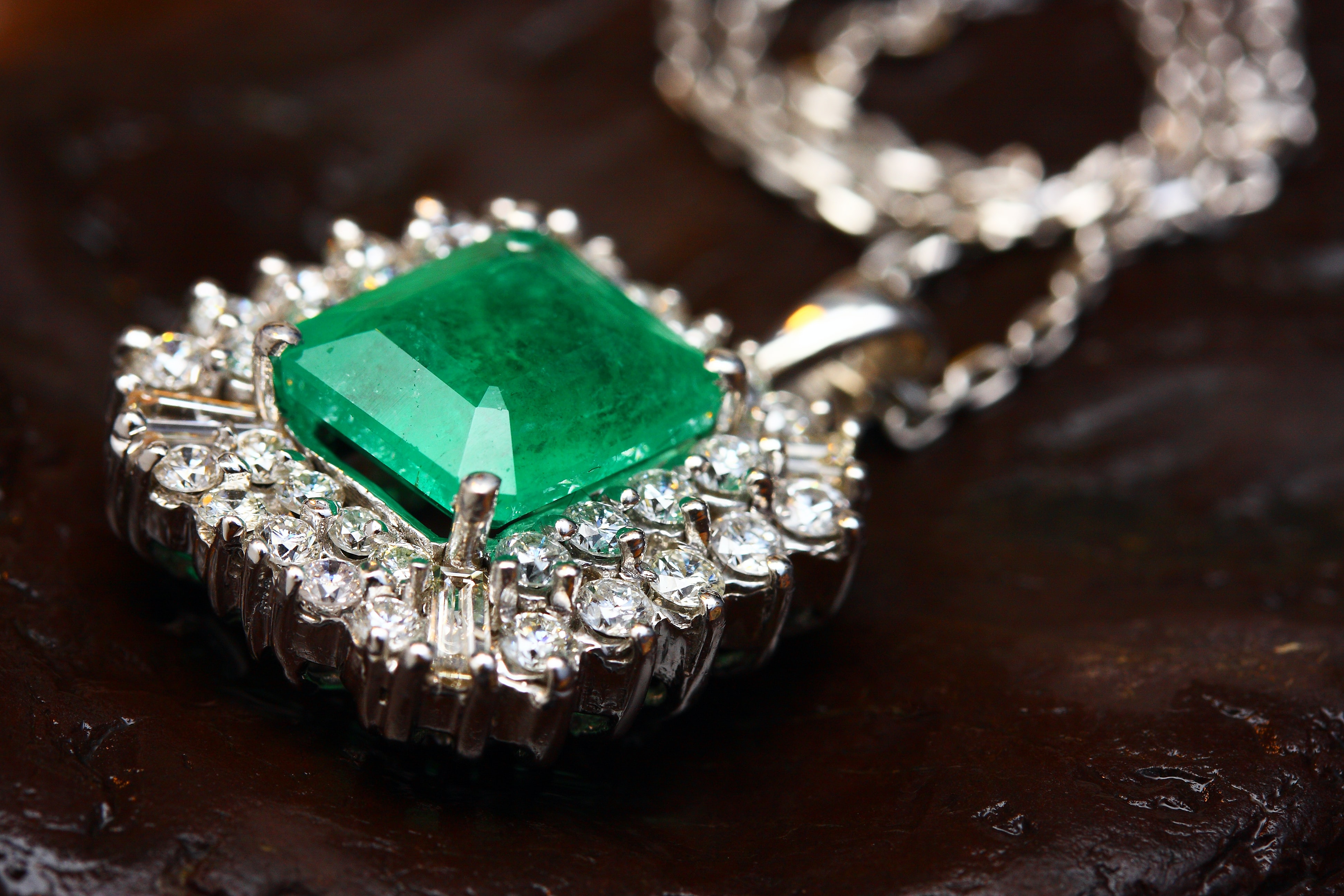 Emerald is one of the most popular birthstones because of its amazing colours and brightness. This birthstone is often worn as a necklace to add some extra ode to any outfit. It is also great for adding some extra elemental power to your aura.

What is Emerald Birthstone?

Emerald is a gemstone that is the birthstone for May. It is a type of beryl, a mineral known for its bright green colour. Emeralds are formed when beryllium, aluminium, and silicate minerals are subjected to high pressures and temperatures deep within the earth's crust.

The best quality emeralds are found in Colombia, Zambia, and Brazil, but they can also be found in other countries such as Madagascar and Russia. Emeralds are prized for their beauty and are often used in jewellery, particularly rings and pendants. They are also believed to have healing properties associated with faith, hope, and love.

The Features of Emerald Birthstone

Emerald is a type of beryl known for its bright green colour. It is a transparent to semi-transparent gemstone with a vitreous (glass-like) lustre. Emeralds are usually cut into various shapes, including oval, round, pear, and cushion. They are often set in rings, pendants, and other types of jewellery.

Some of the main features of emeralds include the following:

Why Emerald is the Birthstone of May?

Emerald is the birthstone for May. It is thought that the tradition of assigning birthstones to each month of the year dates back to ancient times when people believed that certain gemstones had special powers or properties that could bring good fortune or protect against illness or injury.

There are several theories as to why emerald was chosen as the birthstone for May. One theory is that emeralds were associated with fertility and renewal, which made them a fitting choice for May, which is often associated with springtime and the start of the growing season. Another theory is that the bright green colour of emeralds was seen as a symbol of hope and new beginnings, which made them a fitting choice for the start of the summer season.

Regardless of the reason, emeralds have long been associated with May and are often given as gifts to celebrate special occasions, such as birthdays and anniversaries, during this time of year.

The May Birthstone Bracelets

May birthstone bracelets feature emeralds, which are the birthstones for May. Emeralds are a type of beryl known for their bright green colour and are often used in jewellery, particularly in rings and pendants.

These May birthstone bracelets can be made from various materials, including gold, silver, platinum, and other precious metals. They can also be set with other gemstones, such as diamonds, pearls, or other coloured gemstones.

May birthstone bracelets make a thoughtful and meaningful gift for someone born in May or anyone who loves emeralds and their bright, vibrant colour. They are often given as gifts to celebrate special occasions, such as birthdays, anniversaries, and holidays.

The Symbolism of the Emerald

Emerald is a gemstone prized for its beauty and symbolism for centuries. It is a type of beryl known for its bright green colour and is often used in jewellery, particularly in rings and pendants.

Throughout history, emeralds have been associated with a variety of symbolic meanings. Here are a few examples:

Emeralds are a gemstone rich in symbolism and are often given as gifts to celebrate special occasions, such as birthdays and anniversaries, or to express love, commitment, and good fortune.

In conclusion, the Emerald birthstone necklace is an excellent choice for anyone looking for a sophisticated yet subtle statement necklace. With its striking colours and lightweight, the necklace is perfect for any outfit.

Is agate a birthstone for May?

May's traditional birthstone is the agate, which the Ancient Greeks and Romans connected to the month.

What was the May birthstone originally?

The May birthstone emerald has long been adored because it symbolises renewal and rebirth. Emerald is the ideal colour for spring and is frequently referred to as the definition of green.

Which month's birthstone is the rarest?