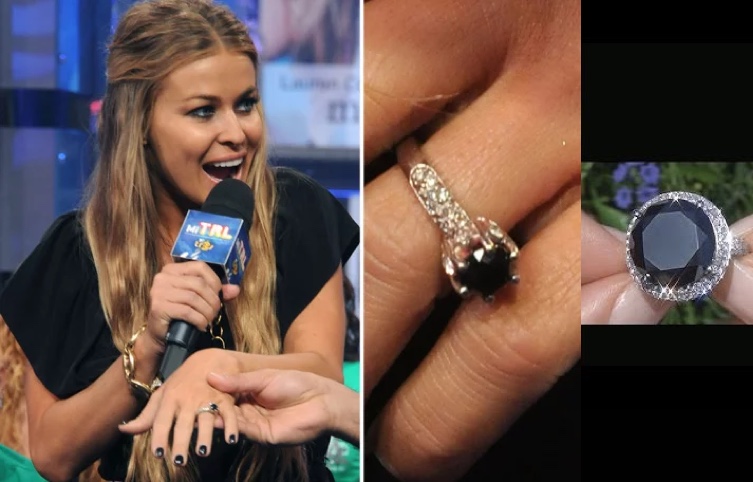 The Black Diamond - Even More Mysterious Than You Thought

Black diamonds, thanks to their alluring dark charm can be used to create some of the most stunning and unique jewelry looks you'll find anywhere. But did you know that aside from having a rather mysterious air about them visually black diamonds are very much a mystery themselves, or at least their origins are.

As the black diamond has grown in popularity, the number of curious consumers asking 'where do black diamonds come from' has increased. And the answer is as intriguing as the gems themselves, as scientists now believe that this rare and unique diamond actually comes from outer space!

Why the Black Diamond is Different

The colorless diamonds people are most familiar with - also known as white diamonds - form deep within the Earth’s mantle, and are then pushed up closer to the surface - where they can be successfully mined - by volcanic eruptions and the resulting magma. That does not seem to be the case for black diamonds though. Under close examination, scientists found that the carbon isotopes of black diamonds are characteristic of surface carbons and not those found in the depths of the Earth.

Black diamonds also differ in that they have only been discovered in a few places on the planet, while colorless, and even most colored diamonds, can be found all over.

The first black diamonds were discovered in Brazil in the 1800s, and have since been found in central Africa. To this day, these two locations remain the only sources of natural fancy color black diamonds.

To scientists, the high content of hydrogen in the average black diamond suggests that these stones originate from a star-like environment, such as that of hydrogen-rich interstellar space. The theory - as strange as it might sound at first, that space is, in fact, the birthplace of black diamonds is widely accepted in the scientific community. However, the exact origin and the way in which black diamonds made their way to Earth are very much matters of debate.

Some believe that black diamonds broke off large asteroids that landed on the Earth some 2.3 billion years ago. Others have theorized that grains of meteoritic black graphite within a hurtling meteorite were transformed into diamonds instantly during the intense heat and incredible shock of impact with the Earth.

The most credible, and widely accepted theory however is that of the giant red star.

The theory is that of Dr. Stephen Haggerty, one of the US' most respected geophysicists who began his career examining rock brought back from the moon by the Apollo missions.

He believes that shock waves from exploding red giant stars crushed carbon into dense chunks of black diamond that were then lost out in space. Thousands of years later the sun's gravity drew them into our atmosphere and they fell to earth.

The Allure of the Black Diamond

Even if you had not previously been aware that black diamonds are probably not of this Earth at all if you have ever seen one you probably already found them rather mysterious. Black diamonds almost look fake (and because they are so rare many you encounter might be, which is why you have to shop carefully) as it seems so strange that something that is usually so light is so dark.

Although they have been used in jewelry making for years, it may have been the finale of the much loved TV show 'Sex in the City' that re-popularized the black diamond in recent years. In that episode protagonist Carrie Bradshaw finally got the engagement ring she had been waiting for from 'Mr. Big', a black diamond ring because she 'was so special' (Aww)

Since then it has been the engagement ring choice of the likes of actress Carmen Electra and celebrity tattoo artist Kat Von D. But the black diamond is not just for the ladies. N Sync Star Lance Bass bought a black diamond wedding ring for his husband and, as die hard New York Yankees fans know, famed baseball slugger Derek Jeter wore a black diamond pendant under his uniform for years 'for luck.' 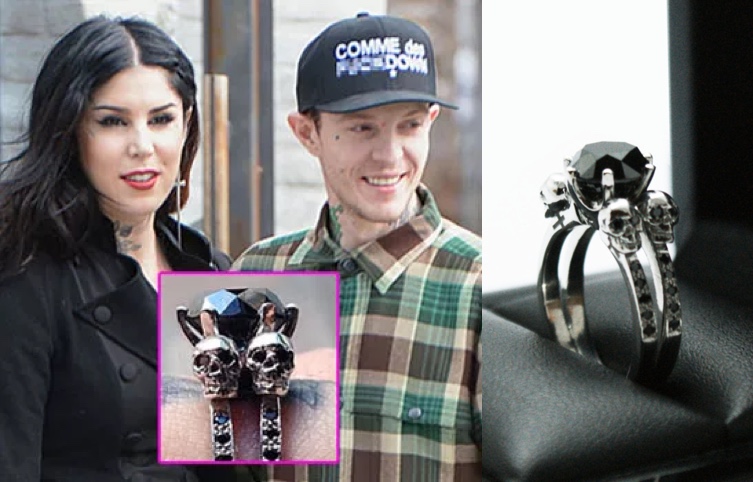