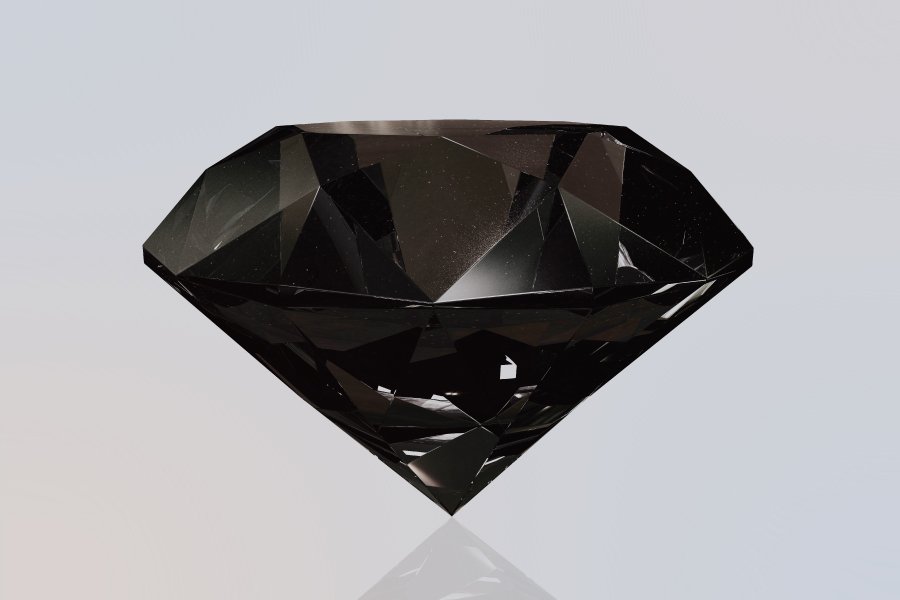 You may have read recently that a very unusual diamond was recently sold by Sotheby's, and that it was paid for in a less than usual manner. It makes for an interesting, and very topical story, and we thought we would take a closer look at it.

As cryptocurrency grows in popularity as not just n alternative investment but as a way to actually pay for real world goods, even the likes of famed auction house Sotheby's are now accepting certain forms of crypto as payment for the rare and beautiful goods they auction, including some diamonds and precious gemstones.
One recent auction was won in just such a manner. The black diamond auctioned in the world to date - a huge 555.55-carat cut black diamond that the auction house dubbed Enigma - was purchased by the founder of the crypto company HEX.com, one Richard Heart. It's believed that he scored the VERY unusual gem for $4.3 million in crypto, and, according to a Tweet he sent, he will be renaming the gem the HEX.com diamond.
There are, as we mentioned earlier, two great stories in one here. The first is that Heart could purchase such a large and expensive black diamond with crypto. The second is the diamond itself. Black diamonds are very different to their clear or fancy colored counterparts, and this one even more so.

By now, most people have at least heard of crypto, even if they have not purchased any themselves. Although the chances that they have are increasing, as it has become a popular investment with both those who play the stock markets for a living and casual investors just beginning to build an investment portfolio.
What they can do with that crypto, other than store it in their digital wallet and hope its value rises, is not so clear to many. They probably know that they can pay for various services with certain forms of cryptocurrency - lots of software companies accept crypto as payment (including Microsoft) and technically you can pay for things on Amazon with crypto if you make use of the Purse.io service - but did not know they might be able to pay for something as valuable (and beautiful) as a diamond.
However, increasingly, yes you can. There are numerous good reasons why accepting cryptocurrency payments makes sense for jewelers (including increased payment security and lower processing fees) and significant advantages for consumers too. Therefore, an increasing number of businesses that sell diamonds and other gemstones will accept cryptocurrency as payment (including Asteria). 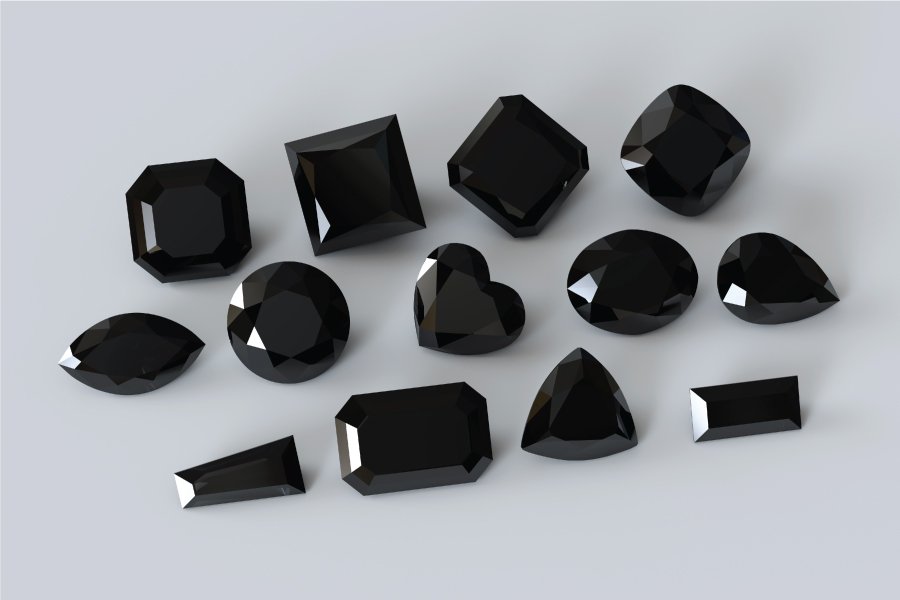 What are Black Diamonds?

Something else most people don't know a lot about is black diamonds. What they may have heard about the Enigma/HEX.com black diamond crypto bought, however, is that it came from outer space. Wait. What?
If you know anything about diamond geology, you're aware that all diamonds, whether fancy colored or white, are born in kimberlite (a kind of volcanic rock). This is correct, with the exception of black diamonds.
Only two countries have ever produced black diamonds: Brazil and the Central African Republic. That isn't unusual in and of itself; several diamond kinds are only found in specific places. Pink diamonds, for example, are found in only a handful of locations across the globe (and one of the largest sources, the Argyle Mine in Australia has now run dry)
What's strange is that there hasn't been a trace of kimberlite where black diamonds have been discovered.
So, where did they originate? Outer space, believe it or not, is the most prevalent theory. It's also not a conspiracy idea propounded by YouTube conspiracy theorists; it's the considered view of professional scientists.
Most geologists agree that young, just-forming black diamonds fell to Earth when a supernova erupted, and they detached from it. The black diamond has a chemical composition that is unlike any other. It consists of dozens upon dozens of small crystals rather than just one (as is typical of other diamonds), which only adds to the chance that the supernova idea is correct.
In the case of the HEX.com black diamond, experts say that it is several BILLION years old, and that it's most likely it arrived on Earth via supernovae explosions that formed black diamond-bearing asteroids that shattered upon impact, scattering the gems across the regions where they fell. Which indeed would make them diamonds from outer space.

How Do Black Diamonds Stack Up With Other Diamonds?

The value of black diamonds is something else people are unclear on, as well as how they compare as wearable jewelry. Could you, for example, choose a black diamond engagement ring?
Black diamonds are distinct from other colored diamonds in a number of ways. According to the "dry" definition, a black diamond is an impure form of polycrystalline diamond made up of diamond, graphite, and amorphous carbon.
In other words, while "normal" natural colored diamonds get their hue from impurities bonded to them during their initial formation (for example, boron creates blue diamonds), black diamonds are white diamonds with a large number of inclusions and many clusters of graphite inside them, making them look black.
When cut, black diamonds are as beautiful as other diamonds, although they obviously don't have that bright sparkle. As they are also very hard (the hardest of all the diamonds) they must be very carefully cut to avoid cracking them. A lot of expert cutting work went into taking a raw 800-carat plus black diamond and turning it into the HEX.com diamond.
Interested in buying jewelry with crypto? Contact us today, and we'll be happy to explain to you how the process works when you shop with us.