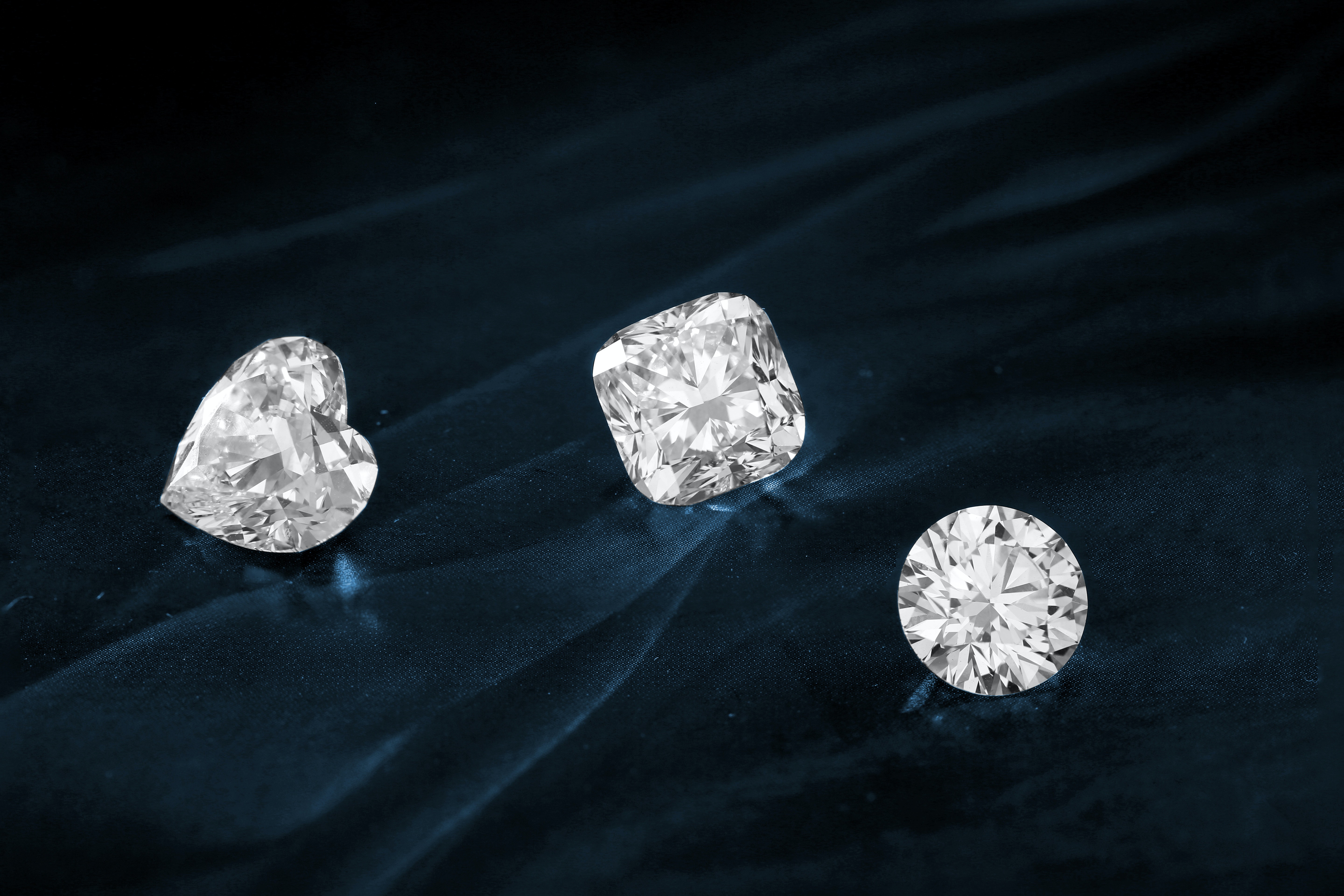 The 10 Most Famous Diamonds

The most beautiful and valuable gemstones in the world have been treasured for centuries and worn by royalty and celebrities.

Some of the most famous diamonds include the Hope Diamond, the Koh-i-Noor diamond, and the Cullinan diamond. These diamonds are unique and will dazzle anyone who sees them.

In this article, we will discuss the Top 10 Famous Diamonds!

The Ten Most Famous Diamonds

The Blue Hope Diamond is a world-famous diamond that has been treasured and admired for centuries. This stunning blue diamond is currently the largest known diamond of its kind in the world, weighing in at an impressive 45.52 carats. The Hope Diamond is also notable for its exceptional clarity and deep, rich blue colour.

The Hope Diamond was initially found in India and is thought to be around 2,000 years old. French jeweller Jean-Baptiste Tavernier purchased it in 1642 and sold it to King Louis XIV in 1668. The Hope Diamond was set into the crown of France and remained there until 1792 when it was stolen during the French Revolution.

The Hope Diamond was rediscovered in 1812 by London gem merchant Daniel Eliason. It was then sold to King George IV of England, who had it set into a coronet.

Despite this dark legend, the Hope Diamond has remained one of the world's most popular and iconic diamonds. It can be seen at the Smithsonian Institution in Washington, D.C., where it continues to captivate and amaze visitors from all over the globe.

The Koh-I-Noor Diamond is one of the largest diamonds in the world, weighing 105 carats. It is one of the most valuable diamonds due to its exceptional quality. The diamond is clear, has no blemishes or inclusions, and sparkles brightly. The colour of the diamond is yellowish-white.

The Koh-I-Noor Diamond has a long and fascinating history. The Koh-I-Noor diamond is cursed, and many believe it brings bad luck to whoever wears it.

It is now set in the Queen Mother's Crown, on public display in the Tower of London. The Koh-I-Noor's history can be traced back to 1304 when it was first mentioned in a Sanskrit text.

It changed hands many times over the centuries, passing through the hands of various Indian rulers before being seized by the East India Company in 1849. In 1850, it was presented to Queen Victoria as a gift from the people of India.

The name "Koh-I-Noor" means "Mountain of Light" in Persian. They believe that this diamond has been mined in Andhra Pradesh, India. The Koh-I-Noor Diamond is famous for its size and beauty and is said to have been cursed by an Indian princess.

Discovered in 1905, the Cullinan Diamonds are the largest and most famous diamonds in the world and are the largest rough diamond ever found, weighing 3,106.75 carats (621.35 g).

The Cullinan was cut into nine central stones and 96 smaller ones. The story of the Cullinan Diamonds begins in South Africa. Sir Thomas Cullinan found them in a stream near his mine. He sent them to England to be cut into gems.

The cutting of the Cullinan Diamonds was a challenging task because of their size and hardness. It took almost three years to cut them into large and smaller diamonds.

The Cullinan diamonds are renowned for their exceptional quality. They have a high carat weight, superb clarity and an excellent colour grading of "D" on the Gemological Institute of America's scale (the highest grade possible). The cut of the diamonds is also outstanding, with each one being cut to maximise its brilliance and fire.

Discovered in 1698, the Regent Diamond is one of the world’s largest and most famous diamonds. Weighing in at 140.64 carats, the uncut stone was found in the Kollur mine in India and is believed to have been cut from a larger stone weighing over 500 carats.

The Regent Diamond has a long and storied history. It was first owned by French regent Philippe II, Duke of Orléans (1674-1723), for whom it is named. It then passed through the hands of several European royalties, including King George IV of England (1820-30) and Napoleon Bonaparte (1769-1821). In 1887, it was purchased by London jewellers Rundell, Bridge & Rundell and sold to an unknown private collector.

The Regent Diamonds are some of the most beautiful and unique diamonds in the world. Here are some facts about these fantastic stones:

The Regent Diamond is the largest in the world, cut in cushion style. It weighs an incredible 140.64 carats!

This diamond is famous for its excellent clarity. It is so clear that it was once used as a lens by French king Louis XIV.

The colour of the Regent Diamond is a very rare blue-white. This makes it even more valuable and sought-after than other diamonds.

Despite its large size, the Regent Diamond is quite delicate and needs to be handled carefully.

The Centenary Diamond is a carat diamond that was discovered in Premier Mine, South Africa, in The rough stone was found by De Beers employee Frank McCabe and cut into its current pear shape by famed diamond cutter Gabi Tolkowsky. The Centenary is the third-largest diamond ever found and the largest ever cut from a single piece of rough. It was named in honour of De Beers' one-hundredth anniversary.

The Centenary Diamond is one of the most valuable diamonds in the world. Its size, perfection, and rarity make it a truly unique and precious gemstone.

The Orlov is up there with the best of them regarding famous diamonds. This magnificent diamond has a long and rich history, dating back to the 18th century.

The Orlov diamond is named after its first owner, Count Grigory Orlov. He was a Russian general and close friend of Empress Catherine the Great. He believed that he gave her the diamond as a gift in 1774.

The Orlov diamond remained in Russia until it was sold in 1841 to King George IV of England. It was then set into a new royal crown and remained on display at the Tower of London for many years.

In 1930, the Orlov diamond was bought by an American jeweller, Harry Winston. He later sold it to an anonymous private collector.

The Orlov diamond is a large, white diamond with a carat weight of over 200 carats. The Orlov has excellent clarity and colour and is cut into a truncated cone. It is believed to be part of the Russian crown jewels and is currently on display in the Kremlin Armoury Museum in Moscow.

The Idol's Eye diamond is a magnificent blue diamond shrouded in mystery for centuries. This rare diamond is said to have once been the eye of a statue of the Hindu god Vishnu.

The history of the Idol's Eye diamond is a fascinating one. It is believed to have originated in India, and it is said to have been stolen from the Temple of Indra in Delhi by a French jeweller in the early 19th century. The diamond then made its way to Europe, where it was sold to an Englishman.

It wasn't until 1867 that the Idol's Eye diamond was finally cut and polished into its current form. Since then, it has been owned by some of the most famous people in the world, including King Edward VII of England and Wallis Simpson.

In 1969, a 240.8-carat diamond was discovered in South Africa. This diamond would come to be known as the Taylor-Burton Diamond, named after its owners, Richard Burton and Elizabeth Taylor - The couple bought the diamond for $1.1 million.

The Taylor-Burton Diamond has a long and storied history. It was initially owned by King Louis XIV of France, who had it set in his crown. After the French Revolution, it was stolen and ended up in London, where Mr Taylor bought it for £150,000. Mr Taylor then sold it to Burton for £305,000, who then gave it to Taylor as an engagement ring.

The Taylor-Burton is a pear-shaped diamond that weighs 69.42 carats. It was initially cut from a 241-carat rough diamond, and its final cut took nearly a year to complete.

The Taylor-Burton is renowned for its exceptional clarity and colour. The Gemological Institute of America (GIA) graded it as a D colour, meaning it's colourless - the highest grade a diamond can receive.

The Sancy Diamond is a 55.23-carat diamond with a long and storied history, having been owned by some of the most influential people in Europe over the past few centuries. The stone was first cut in India in the 15th century and eventually made its way to France, where it was set into the crown of King Charles IX.

The diamond remained in the French royal family for nearly 200 years until it was stolen during the French Revolution. It resurfaced in London in 1828 and was bought by an English nobleman, who later sold it to Russia's Tsar Nicholas I.

The Sancy spent the next few decades being passed around among European royalty before finally being purchased by an American businessman in 1906.

In conclusion, diamonds are beautiful and have a long and fascinating history. They have been associated with royalty, power, and luxury for centuries. Today, they are still prized for their beauty and durability and are a popular choice for engagement rings and other fine jewellery. A diamond is sure to please if you're looking for a unique and precious gift.