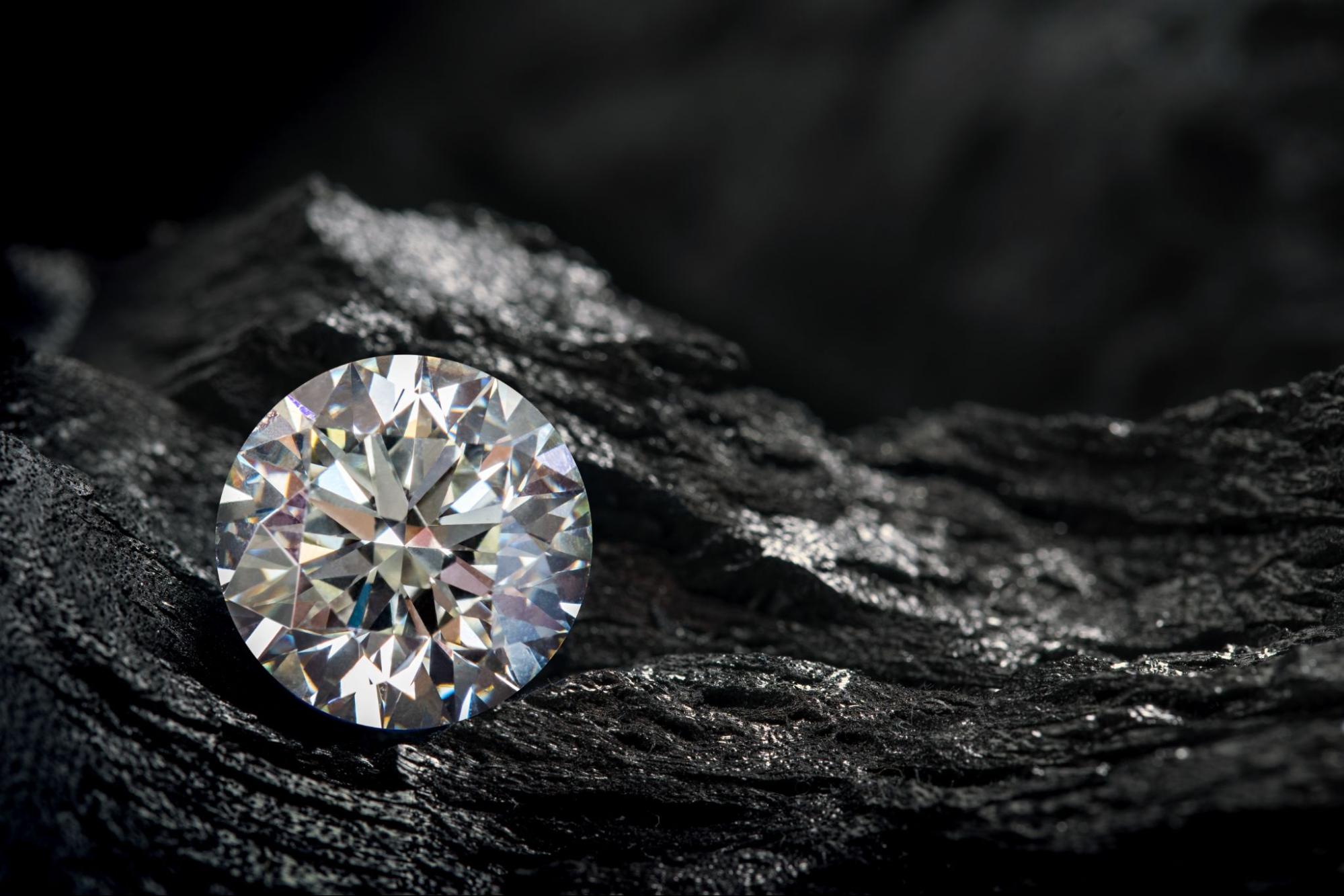 How Are Diamonds Made

A common misconception is that diamonds are formed due to coal's metamorphism. Many science classrooms continue to teach "how diamonds form" based on that idea.
However, Diamonds have rarely been formed from coal. Diamonds dating back to Earth's first land plants - the raw material for coal - are much older than most diamonds that have been dated! Coal cannot form diamond deposits on Earth; that evidence alone should eliminate that possibility.
In addition to sedimentary rocks, coal seams are typically horizontal or nearly horizontal. In contrast, diamonds are formed in vertical pipes filled with igneous rocks.

Diamonds found at the surface of the Earth are produced by four processes. The process of mining diamonds is responsible for nearly all diamonds ever discovered. There are three other sources of commercial diamonds that are insignificant.
Coal is rarely - if ever - involved in these processes.

The Formation In Earth’s Mantle

Geologists believe deep-source volcanic eruptions delivered diamonds to the surface from the mantle of the Earth. Diamond prospectors seek out the kimberlite and lamproite pipes produced by these eruptions.
Diamonds are rarely found in these pipes and they are so small that commercial interest cannot be made from them. It is only when these pipes contain sufficient diamonds that profitable mining can be carried out and open-pit and underground mines can be developed. There are also diamonds inside some of these pipes that have been weathered and eroded. Streams and coastlines now contain placer deposits that contain these diamonds.
High temperature and pressure are required to form natural diamonds. At temperatures between 2000 degrees Fahrenheit (1050 degrees Celsius), these conditions occur in places about 90 miles (150 kilometres) beneath the surface of the Earth's mantle. Diamond formation and stability are unavailable globally due to a lack of critical temperature and pressure environments. The mantle beneath continental plates is this substance's primary location.
As a result of deep-source volcanic eruptions, these "diamond stability zones" deliver diamonds to Earth's surface. Mantle pieces are torn from the mantle and are rapidly carried to the surface by these eruptions.

Plate tectonic processes have subducted rocks deep into the mantle, releasing tiny diamonds onto the surface. Subducting plates can form diamonds at temperatures as low as 390 degrees Fahrenheit (200 degrees Celsius) and 50 miles (80 kilometres) beneath the surface. Another study observed the mineralogy of oceanic crust in diamonds from Brazil. Seawater subducted under the earth may have contributed to the formation of some of these inclusions.
Recently, researchers examined the origins of blue diamonds containing boron that formed at depths of 400 miles (650 kilometres). Inclusions in the super-deep diamonds indicate that they came from subducted oceanic crust.

Throughout history, the Earth has been struck by several asteroids.When an asteroid impacts the earth, extreme temperatures and pressures are produced. An asteroid six miles (10 kilometres) wide can travel up to nine to twelve miles per second (15 to 20 kilometres per second). An impact with this hypervelocity object would unleash an energy burst equivalent to many nuclear weapons and temperatures hotter than the sun's surface.
As a result of such an impact, diamonds are more than capable of forming due to the high temperature and pressure conditions. Several asteroid impact sites have been found to contain tiny diamonds, supporting this theory of diamond formation.
Arizona's Meteor Crater has been found to contain tiny, sub-millimetre diamonds. During a drilling expedition at the Popigai Crater in northern Siberia, Russia, polycrystalline industrial diamonds measuring up to 13 millimetres were discovered.

Some meteorites contain large numbers of nanodiamonds which is basically a diamond with a diameter of just a few nanometers (billionths of a meter). About three percent of the carbon in meteorites is nanodiamond-containing. However, these diamonds can be used as a source of diamond material; they cannot be used for gem cutting or industrial abrasives.
While cutting a sample from the Allen Hills meteorite, Smithsonian researchers discovered many tiny diamonds. Unlike diamonds found on Earth at impact sites, these diamonds in meteorites likely formed in space via collisions at high speeds. 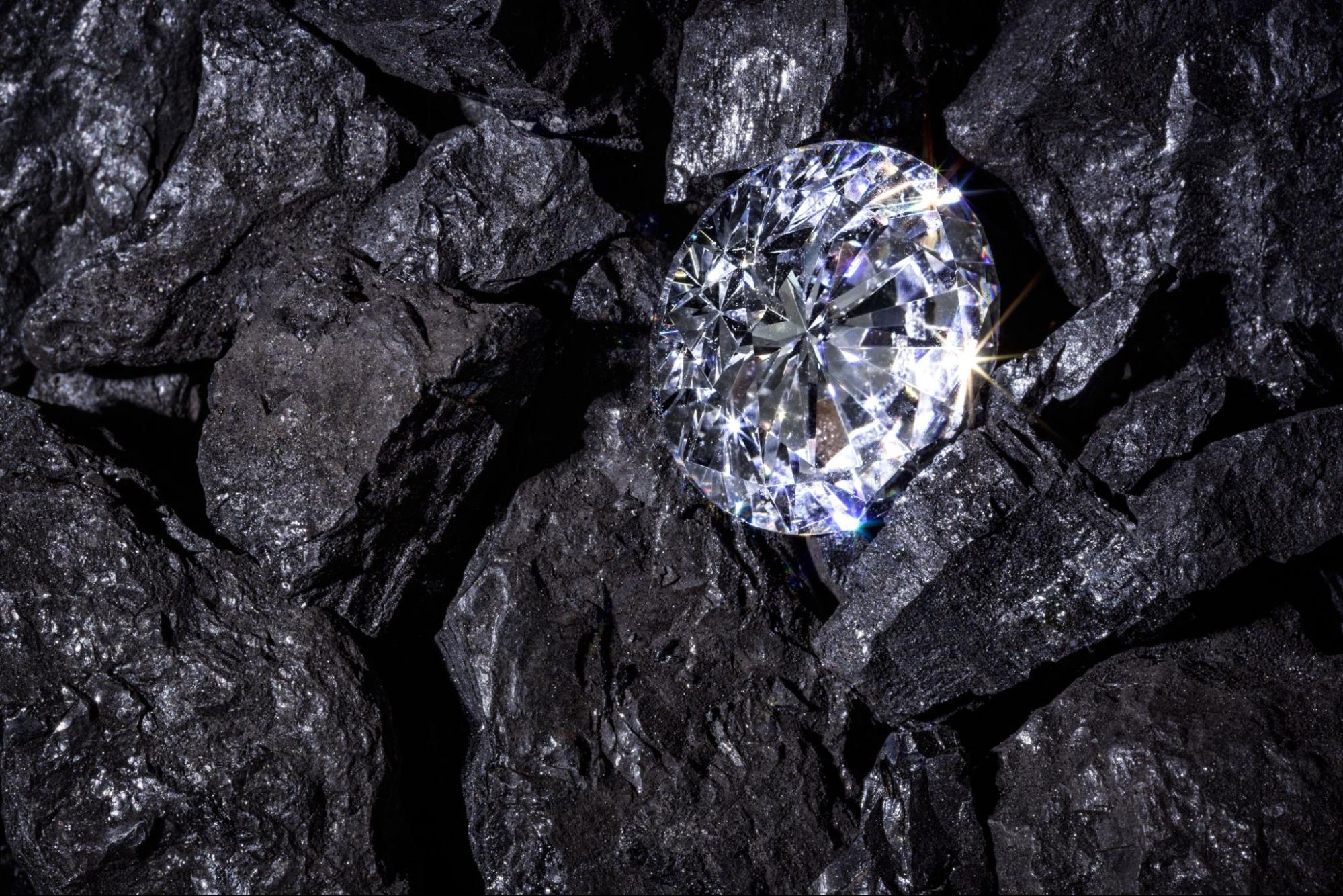 Formation On The Surface Of The Earth

On Earth's surface, new methods of diamond formation were discovered in the 1950s. The conditions necessary for creating diamonds in a lab have been created by scientists. Unlike most gem diamonds, early diamonds were perfect abrasive granules and were used in drill bits, cutting tools, and grinding wheels. Lab diamonds are now being manufactured for use in high-temperature windows, heat sinks for computer processors, and wear-resistant bearings.
Modern industrial processes almost exclusively use lab-created diamonds. Diamond grading labs also grade them colourless or slightly included based on their quality. In diamond-forming environments, nitrogen (yellow) or boron (blue) can be added to produce a range of colours. With post-growth treatment processes, colours such as green, pink, orange, and yellow can be achieved. Lab-created diamonds are produced in the United States and several other countries but are primarily produced in China.
A large amount of electricity is consumed by lab-grown diamond equipment to create the temperature and pressure required to grow diamonds. There is a possibility that some of that electricity will be generated by burning coal. Coal is probably the best source for diamonds made from it.

Putting An End To Coal Formation

Diamonds Grown In A Laboratory

Scientists mastered the art of creating synthetic diamond in a laboratory by the 1950s. Gem-quality stones were not created until much later. Then, as technology developed, engineers developed a lab-grown diamond that was perfect and pure carbon.
The HPHT technique is an acronym for “High Pressure and High Temperature” applied to lab grown diamonds.The HPHT process mimics the natural diamond formation process found in the earth. The first step in this process involves placing a tiny diamond seed beside a carbon seed, such as graphite or diamond powder, and exposing it to heat and pressure under extreme conditions. A diamond seed is formed around the pure carbon in the melting process. Afterwards, the newly created substance must cool before it can be cut, polished, and set.
Diamond quality is not affected by either the creation in a lab or the formation in the earth's crust. What are the benefits of buying lab diamonds? A lab grown diamond is an excellent choice if you seek ethical engagement ring options. The formation of lab-grown diamonds takes only a matter of weeks instead of millions or billions of years, as is the case with mined diamonds. There is no sustainable engagement ring option based on mined diamond. There are many engagement ring cuts, just like a mined diamond.
Chemical Vapour Deposition, or CVD, is another method for creating artificial diamonds. A CVD diamond is also a natural, gem-quality diamond, just like an HPHT diamond. CVD involves the introduction of a gas, such as methane, into a vacuum chamber, then heating and breaking down its molecules with microwaves. Snowflakes accumulate in a snowfall, similarly to how carbon atoms accumulate on a substrate.

Can Diamonds Be Made By Humans?

Humans can make artificial diamonds or lab grown diamond stimulants. It is through Chemical Vapour Deposition (CVD) that the newer and more adaptable method is currently available. CVD diamonds are made by heating a small piece of diamond seed (often an HPHT diamond) at extreme temperatures, similar to what a rough diamond undergoes in the ground. Methane, for example, helps form the diamond by filling the chamber with gases. Plasma is formed by ionising gases with lasers. As a result of the ionisation, the carbon attaches to the diamond seed, slowly crystallising. The result is a crystallised carbon structure, like a diamond mined from the earth.
There are still a lot of diamonds that are produced using the HPHT diamonds method. This method uses three manufacturing techniques: a belt press, a cubic press or a split-sphere press. As a result of all three of these processes, high pressure and temperature environment are created. Diamond seeds are placed in carbon using this method. Depending on the method used, it is then exposed to a temperature of around 2000 degrees Fahrenheit and a pressure of roughly 1.5 million pounds per square inch. Diamond starter seeds are formed when the carbon melts. Carbon crystals are formed after the cooling process is completed. 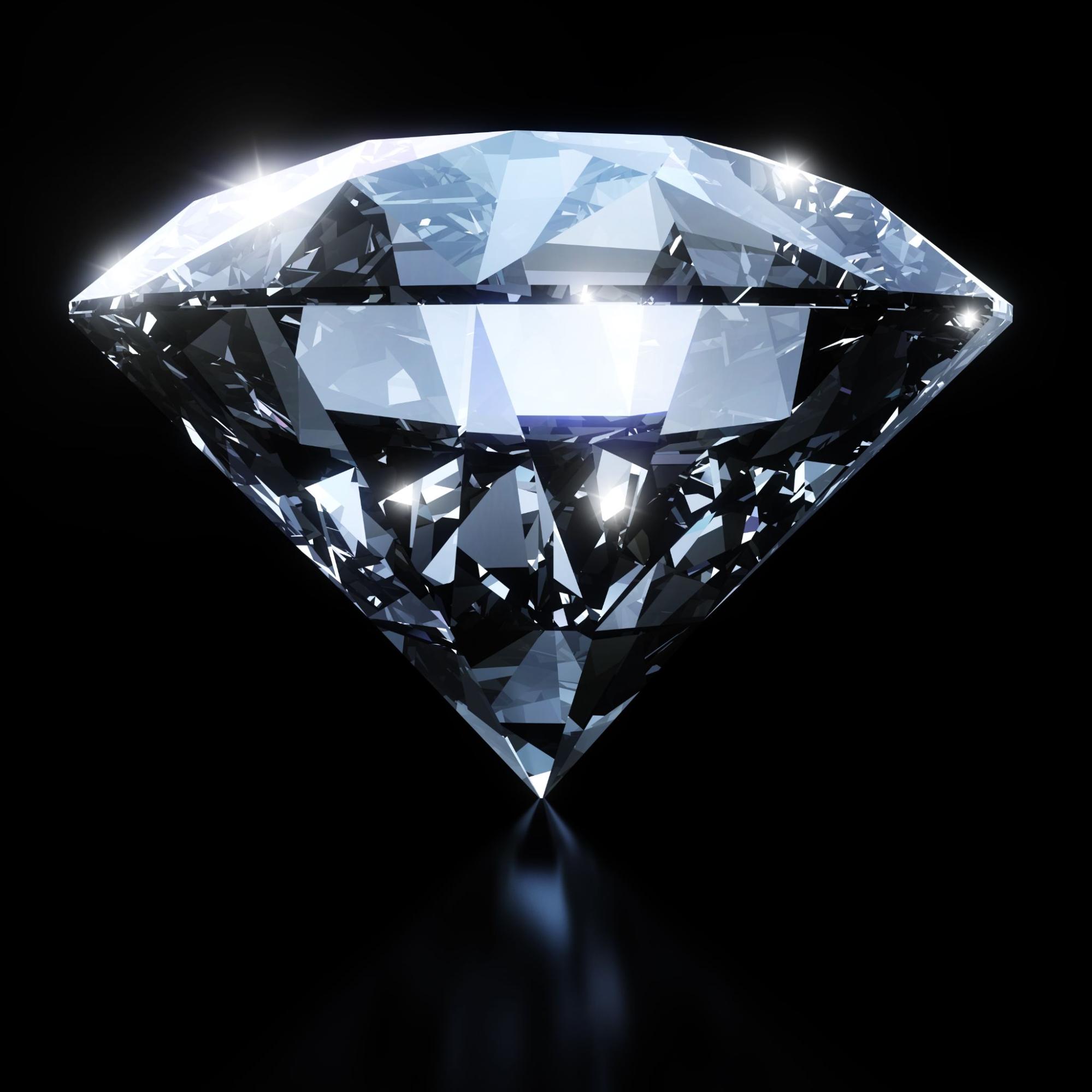 When choosing the right diamond or diamond alternative, there is no need to be confused. The best way to find the perfect diamond for your engagement ring or other fine jewellery is to be informed before you begin your search. It will be easier to find the ideal diamond if you understand how diamonds are made and how quality, appearance, and price are affected.

For dummies, how do diamonds form?

During the Earth's upper mantle, high pressure and heat caused carbon atoms to bond with four other atoms, resulting in diamonds. Whenever there were other carbon atoms nearby, this process continued. There are billions of carbon atoms in a one-carat diamond.

Arediamond prices so high because of their rarity?

It is scarce for diamonds to survive the long journey from the pits of the earth to the earth's surface after they were formed billions of years ago. In today's market, only about 50 percent of diamonds are considered high enough quality to be sold.

Which gem is the rarest?

Painite holds the Guinness World Record for being the rarest gemstone and rarest mineral on earth. For many decades following Painite's discovery in 1951, only two specimens were found. It was estimated that there were less than two dozen gemstones known in 2004.

How much is gold worth compared to diamonds?

Although diamonds are not as rare as gold, they are worth more. Because gold is rarer than diamonds, it is often considered more valuable. However, commercial uses of diamonds make them more valuable than gold.

Platinum is better than gold, isn't it?

Do rubies have a higher rarity than diamonds?

Although certain types of diamonds are rare, gem-quality rubies are significantly rarer than diamonds. Diamonds with colour may even be rarer than rubies with colour if we compare the most spectacular examples of each.