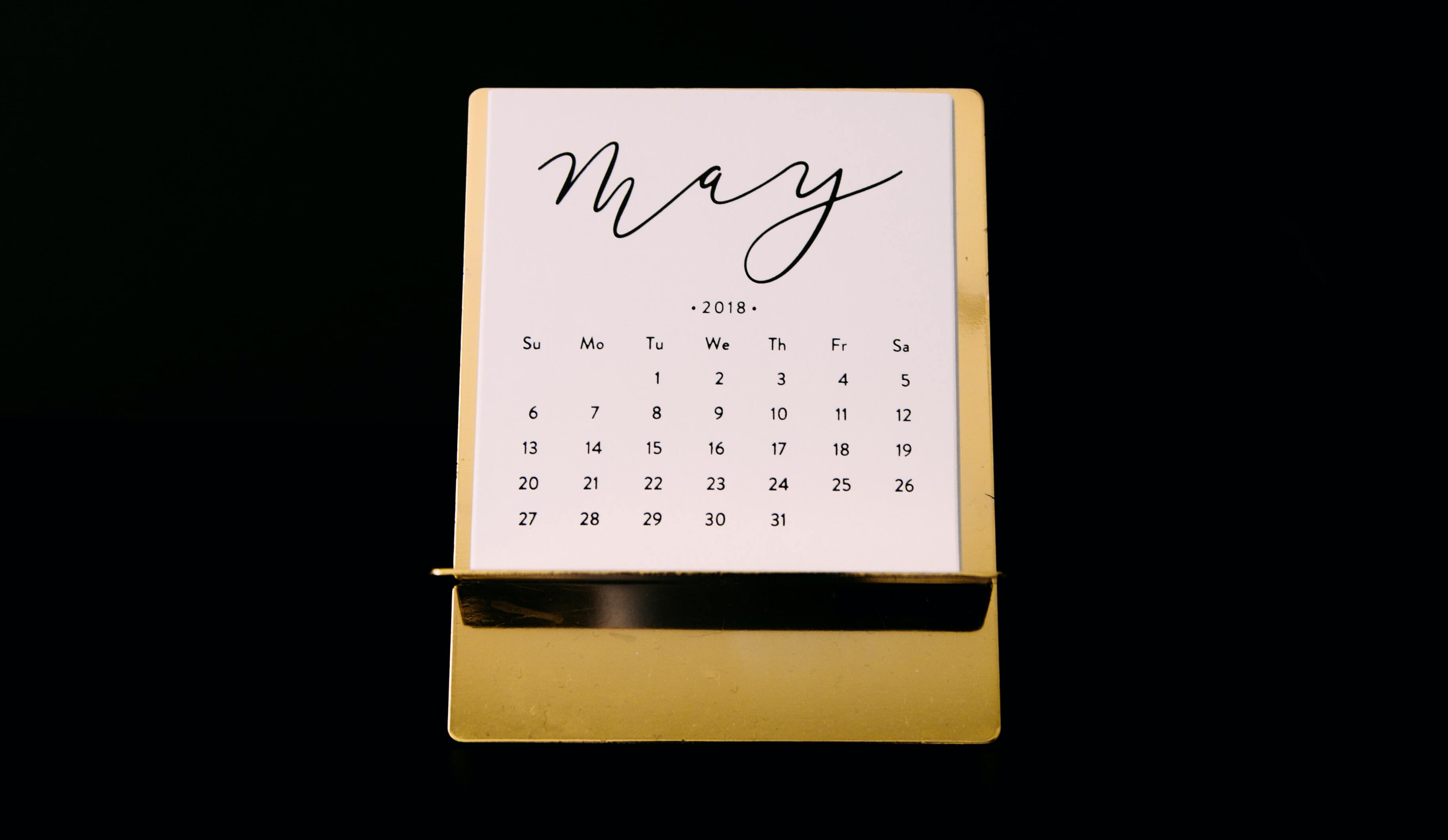 For millennia, the emerald has symbolised rebirth and renewal as the May birthstone. Emerald is considered the epitome of green, which makes it the perfect spring colour. Since ancient times, the May birthstone emerald has captured hearts and minds because of its vivid green colour and poetic description as "the Emerald Isle."

Various shades of this lush green colour evoke a feeling of tranquillity and relaxation. It was once believed that emeralds could cure diseases like cholera and malaria, and its wearers would become more intelligent and quick-witted. As of today, it is traditionally given for wedding anniversaries on the twentieth and the thirty-fifth.

The emerald has enchanted royalty for thousands of years, from Egyptian pharaohs to Inca emperors. The emerald was a favourite of Cleopatra, who used it in many of her royal ornaments. As one example of how the Spanish revered the May birthstone, the Crown of the Andes was fashioned in colonial South America. The story goes that conquistador Francisco Pizarro stole the most prominent stone from Atahualpa, the last Inca emperor. There is a small fraction of the Spanish colonial wealth from the New World represented by the emeralds and gold found in the sunken Spanish galleon Nuestra Senora de Atocha.

Smaragdos, an ancient Greek word for a green gem, is the source of the word "emerald". Scientists have confirmed that green has a calming effect on our eyes that relieves stress and fatigue as it is connected to the colour green. Pliny the Elder, who died in the 79 CE eruption of Mt. Vesuvius, wrote that there was not a greener stone than the emerald, which is the May birthstone.

There was also a belief that the green birthstone had magical properties. It could be used to see into the future if placed under the tongue. As a result, some believed that one could become an eloquent speaker and expose false promises made by lovers.

The Symbolism Of Emeralds

It is also helpful in balancing Taurus' infamous stubbornness and a perfect complement to Gemini's innate curiosity, inventiveness, and creativity, she says.

In addition, Venus, the planet of beauty and love, rules Taurus, the bull of the zodiac. These themes are also associated with emeralds. This stone's connection to love is further strengthened because green is also associated with luck and the heart chakra. The emerald's association with Venus makes it an excellent gemstone for enhancing sensuality, passion, and Earth energy.

Emeralds provide peace, calm, inspiration, and protection, along with all of the above. Besides being known as a stone of loyalty, they're also known to encourage friendship and stimulate empathy, so you'll often see them in Victorian jewellery.

What Is The Location Of Emeralds?

Colombian emerald is the gold standard for emeralds, as they have been for over 500 years. Coscuez, Muzo, and Chivor are Colombia's most notable mining sites. The colours of emeralds produced by each locality vary, but Muzo's pure green emeralds tend to be darker in tone. It is associated with Chivor to find emeralds with a lighter tone and bluish-green colour. In Coscuez, emeralds are found that are slightly yellowish-green in colour.

Minas Gerais, Brazil, is also home to the May birthstone. There is a sophisticated mine in Belmont that produces a lot of green birthstones. One of the more essential localities is Capoeirana, an area dominated by small mining operations and independent miners.

There is also an African birthstone for May. Among the primary sources are mined in Zambia's Ndola Rural Restricted Area, which produces a type of emerald known for its bluish-green colour and darker tone. Additionally, Pakistan and Afghanistan produce a large amount of oil.

Cleaning And Care For Emerald

Emeralds are rated between 7.5 and 8 on the Mohs scale of hardness, meaning they are more likely to be scratched than diamonds. There are many ways to improve the colour or clarity of the May birthstone. There are several standard treatment methods:

1. The dyeing process. Colour enhancement is possible by dyeing green emeralds with multiple fractures that are paler.

2. Filling of fractures. In emeralds, surface-reaching fractures are often filled with oils, waxes, and artificial resins. To improve the apparent clarity, the fractures need to be reduced in visibility. Substances vary in their stability, so there may be a small amount or a large amount of filler material present.

It is crucial to avoid the heat, changes in air pressure (such as those in an airline cabin) and harsh chemicals when caring for emerald jewellery or birthstone. You should never use an ultrasonic cleaner on an emerald, as the vibrations and heat may cause the filler to sweat out. Experiencing hot water during dishwashing can also damage filled emeralds. Cleaning emeralds with a soft brush and warm, soapy water is the best way to care for them.

Are There Birthstones That Account For More Than One Month?

If you're looking for a less expensive birthstone to give as a gift, agate is another famous stone for May, along with emeralds. In addition to being associated with facilitating harmony, agate comes in a wide variety of colours (blue, green, red, pink, and more).

Green calcite, dragon stone, and bloodstone are stones with May energy, according to Leavy.

As for Tauruses, pink opal, rose quartz, rhodonite, amber, or selenite, depending on their zodiac sign, are suggested. The Gemini sign, on the other hand, may wish to choose a gemstone like red jasper, moonstone, moss agate, or golden tiger's eye.

It's okay if you don't like Emerald Jewellery Birthstone! May's birthstone is Green Onyx, a beautiful alternative representing growth and connection to nature. It is thought that Green Onyx is most closely associated with strength, discipline, and willpower. By bridging your upper and lower chakras, Green Onyx connects your heart chakra. Mercury is associated with Green Onyx, believed to bring self-confidence to the wearer and relieve tension.

You can determine your birthstone in a variety of ways. We know the traditional month format today due to the Victorian era. As of the mid-twentieth century, other birthstone jewellery purveyors, as well as the National Association of Jewelers, published a list of official birthstones. As public tastes have changed, it has been updated with new gems.

Through the Zodiac signs or the star signs, all the months and traditional birthstones are combined. Birthstones are listed by month on the current list, and each month has one or more gemstones. There is a positive connection between the Zodiac Signs and gemstones associated with each month, just like the case of the April birthstone and June birthstone to the gemstone for May.

As a result, all the months of the year are connected, and some zodiac stones are not selected as birthstones for a particular month. The wearer of gemstone jewellery can choose from a wide variety of zodiac stones when selecting a piece, as well as the added significance of wearing a gem associated with their zodiac sign.

Nothing is more fitting than the May birthstone to celebrate life blooming everywhere. We were bound to fall in love with emerald, given its rich green hues. Green is the colour of May, so there is no doubt that those who love it or were born in May will continue to be enchanted by it. With an emerald that captures the season's vitality, you can treat yourself or a loved one.

Are May birthstones rare?

What is Crystal for Gemini?

The Moonstone. Intuition, synchronicity, and new beginnings are all associated with the moonstone, the birthstone of Gemini. In addition to calming emotions and dissolving irritability, moonstone also brings about synchronicity, which makes it an excellent tool for manifesting new things or bringing positive changes to your life.

What crystal is best for Taurus?

For Taurus natives, the Emerald gemstone brings luck, prosperity, hard work, and love, all excellent characteristics. As a symbol of truth and love, emerald gemstones can have a positive impact on your life in many ways!

Do Tauruses benefit from Tiger's Eye?

Mars and the Sun rule the tiger's eye. You will be able to use the crystal only until the planet ruling your zodiac sign clashes with the rulers of the Tiger's Eye. Those with Taurus zodiac signs should not wear tiger eye stones.

Does an emerald ring symbolise anything?

Luck, love, peace, and hope are all represented by an emerald ring. An emerald ring is a perfect way to show your love for her and convey your intention to marry her in a happy and blessed marriage. New beginnings, whether in love or life, are symbolised by the green hue of emerald.

GIA or AGS: which is better?

It is only the parameters used to measure Cut quality that differ between the American Gem Society and the Gemological Institute of America. Cut grades with American Gem Society are 0-10 (with descriptive wording), 0 representing ideal and 8-10 representing poorly. There are four categories on the Gemological Institute of America scale: Excellent, Very Good, Good, Fair, and Poor.

November's birthstone is yellow topaz. Giving thanks is the essence of this gem, which represents perfect harmony and hospitality. In ancient times, the wearer of this beautiful yellow stone was inspired, comforted, and protected.