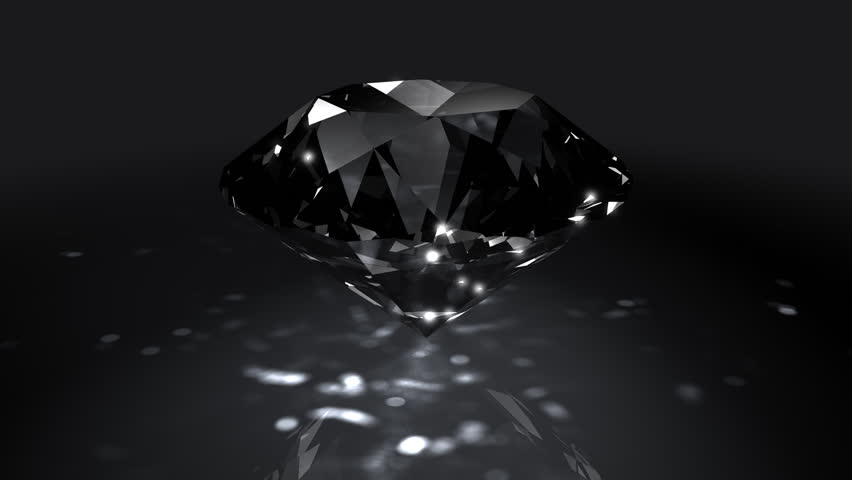 Fascinating Facts About Black Diamonds You May Not Have Known

The black diamond. Mysterious. Elegant. Sophisticated and certainly a bold choice in diamond that makes a real style statement that is hard to ignore. Black diamonds have always been available, but as people – we say people because black diamonds are not just for women – begin to look for new ways to express their own personal style. They are gaining in popularity rapidly.

But what are black diamonds? Are they as valuable, or as durable, as other diamonds? And is it possible that they could be good luck? Here's a look at some interesting facts about black diamonds to answer all of those questions and more.

You may see – or hear – a black diamond referred to as a Carbonaro. As you might have guessed that is, in part, because a black diamond contains higher levels of carbon than other diamonds.

The Composition of the Black Diamond is Unlike Any Other

Black diamonds have a unique composition. Technically they are an impure form of something called a polycrystalline diamond, consisting of diamond, graphite, and amorphous carbon. They are not found in kimberlites like other diamonds, but rather in younger rock formations and only near natural sources of water.

They are also composed very differently to other diamonds. Diamonds are usually formed up of a single solid stone, whereas black diamonds are made up of millions of tiny black crystals held together by internal inclusions. This is the polycrystalline structure we discussed earlier, and it is this structure that gives them their deep, rich color (if you count black as a colour). Because of its structure, spots can seem dark grey at times, although these are not flaws in the classic sense.

In terms of their sparkle, for which diamonds are famous, black diamonds are unique too. These black beauties don't quite fit the description of "shine bright like a diamond." The brilliance of these unusual diamonds comes from their polished surface, which absorbs light rather than reflecting it.

It's this lack of shine that leads some people to question if black diamonds are real at all. But they are, and very beautiful, they are just different (making them the perfect choice for someone who feels that way about themselves.)

Scientists and geologists tend to be slightly divided over the true origins of all colored diamonds, but that is especially true when it comes to black diamonds.

Many believe that radiation may be to blame for the unique makeup of the black diamond, but some theorize that because they are found in very few places – thus far they have only been unearthed in Brazil and Central Africa – they are in fact the remnants of a hydrogen rich asteroid that hit the Earth millions of years ago.

Others even theorize that they fell to Earth as a part of a supernova that hit the planet even earlier than that. And as of right now there is no dominant theory that all of science will support, so black diamonds remain a mystery, something that only adds to their allure. But technically, they might quite literally be gems from outer space, which adds to their mystique even further.

Everyone knows that diamonds, in general, are very hard and very durable, but black diamonds are really tough. They measure a 10 on the Mohs Hardness Scale, which is as hard as a gemstone can get. Other diamonds, including other fancy colored diamonds, usually 'tip the scale' at a little under 10.

This means that all black diamonds are difficult to cut to say the least, and it takes a truly skilled diamond cutter to do so successfully.

In fact, black diamonds are so tricky to cut, it can take even the most skilled of diamond cutters months to do so. This means that should you choose black diamond jewelry, you'll know that a LOT of work - and dedication - went into creating it.

People are always fascinated with the meanings, myths and legends behind the gemstones and diamond jewelry when they are shopping for that perfect piece. There are plenty of these associated with black diamonds, and they differ significantly from culture to culture, especially when it comes to black diamonds' meaning.

The Ancient Romans encountered black diamonds as they explored and conquered large areas of Africa and quickly became enamored of them. They believed that the gems were very lucky and that they were, therefore, an exceptionally good choice for a wedding ring.

The Romans actually decreed that women be given two wedding rings upon marriage. A simple iron band was designed to be worn around the home while completing household chores etc., while a gold ring with a dark stone was to be worn when going out.

Many men chose to give their brides rings of gold and onyx, but if they wanted to truly show off their wealth and status, they opted for a black diamond instead. Status - and demonstrating status, was a big deal in Ancient Rome, and so giving your new bride a black diamond ring as her 'going out' wedding ring was a big flex.

TThe Ancient Indians, however, had a very different take on the darker gems they discovered. They believed them to be cursed, as they seemed to be the same shade of black as a cobra’s eyes. In fact, black diamonds were assigned as a symbol of Yama, the Hindu god of death.

Heading back to Italy, the black diamond remained popular through the Middle Ages. The black diamond continued to be seen as a symbol of luck, but it was then also decided that they were also symbols of faithfulness and reconciliation, making them an even better wedding ring choice than before.

These days black diamonds are rarely thought of as lucky or unlucky, but as still slightly mysterious gems that are truly beautiful, however, they are worn.