If you are interested in investing in diamonds, crypto may not be the first way you consider when it comes to paying for them. However, as the use of crypto becomes more widespread, when it comes to precious gemstones, and even the rarest diamond, crypto may indeed be helpful
How can we be sure? Among the many other reasons, the fact that the largest black diamond sold to date, a huge 555.55-carat diamond, was purchased at auction using crypto is a good sign.
A little background is called for here, of course. Sotheby's, the world's leading art and luxury marketplace, revealed earlier this year that it would hold an auction for a unique 555.55-carat cut diamond that may be bought for cryptocurrency. Between February 2 and February 9, the diamond was on exhibit in London, where it was purchased for $4.3 million in digital assets by Richard Heart, a social entrepreneur, novelist, and philanthropist.
As the founder of the blockchain business HEX, the American is no stranger to cryptocurrency. He said in a recent tweet that the diamond will now carry his company's name – becoming the "HEX.com diamond." He did not, however, specify the type of cryptocurrency he utilized to buy the diamond, and neither did the auction house.

This auction made headlines not just because it was a very large purchase made using some form of crypto, there have been other big buys as we'll delve into in a moment, but also because the HEX.com diamond is unlike any other.
Unlike most diamond finds, which are mined from deep within the earth, this one was discovered on the surface, implying that it may have come from outer space.
"It is thought that this specific type of black diamond was created either from meteoritic impacts producing natural chemical vapor deposition or from an extraterrestrial origin – from supernovae explosions that formed diamond-bearing asteroids that eventually collided with the Earth," according to Sotheby's.
According to researchers, the diamond might be anywhere between 2.6 and 3.8 billion years old. Making it, if you like, a space diamond, so the fact that it was purchased using 'space-age' currency might be considered rather fitting. 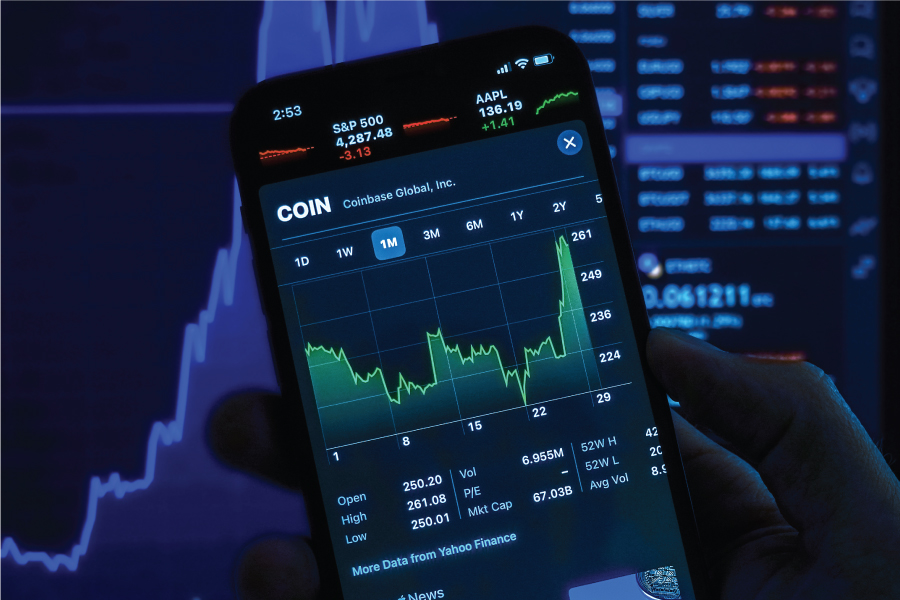 The Diamond Crypto Was 'Made For'

As we mentioned, the HEX.com diamond does not represent the largest sum of crypto that has ever been exchanged for a diamond to date. That 'record' goes to the purchase of another precious gem: the Key 10138.
Once again offered at auction by Sotheby's, this time in Hong Kong, this diamond was specifically marketed prior to auction as a crypto diamond. In their press materials, the auction house described the clear, 101.38 carat gem thus: "The world's first significant diamond to be auctioned with cryptocurrency as a payment option. It was given that name to represent the beginning of a new age in trade and technology, and it is thus a historical key. The Key 10138 will definitely go down in history as a diamond that represents the pinnacle of humanity's diamond research and expertise, and turns the key to unlock an even brighter future."
The diamond itself is pretty impressive, its history making auction aside. Aside from the heavy carat weight, it is rated by GIA as D Colour, Flawless, and Type IIa.
Type IIa diamonds are among some of the rarest you can find, They make up less than 2% of all diamonds mined and have no IR-detectable nitrogen or boron impurities in their chemical structure. They are considered the most chemically pure diamonds and have a greater degree of clarity than most.
In its cut form, it has been fashioned into a perfect pear, a classic cut that is designed to maximize the light that can pass through a diamond and certainly very suitable for this particular gem.
So how much did this particular diamond sell for? Around $12 million in digital assets, according to a later release from the auction house, although the lucky winner's name was not revealed.Nor was the type of crypto used revealed, but as the only forms accepted at that auction were Bitcoin (BTC) or Ether (ETH) it was one of those major players.

Can YOU Buy Diamonds with Crypto?

One of the things those who have begun investing in crypto have yet to quite figure out much of the time is, if they want to do something with their cryptocurrency, other than hold onto it for investment purposes, what can they buy with it? While it is becoming more accepted to trade major cryptocurrencies for certain digital assets and an increasing number of services, purchasing physical goods is harder.
Some jewelers are, however, following Sotheby's lead and agreeing to a diamond crypto transaction. One which makes sense for many, not just because it will net them a stunning diamond, but also because it offers a somewhat safer investment than holding onto larger volumes of crypto.
That's because while cryptocurrencies are very exciting and cutting edge, investments in them are volatile to say the least. The value of crypto can (and does) change significantly in a matter of minutes, and be influenced by a single Twitter thread.
A diamond, on the other hand, is, forever, and one of the safest investments you can make. Along with other commodities like gold and silver (and real estate) diamonds have served for many years as the 'safer' side of a balanced portfolio, the kind of portfolio that any financial expert will advise you to maintain.