How many colors do colored diamonds come in? 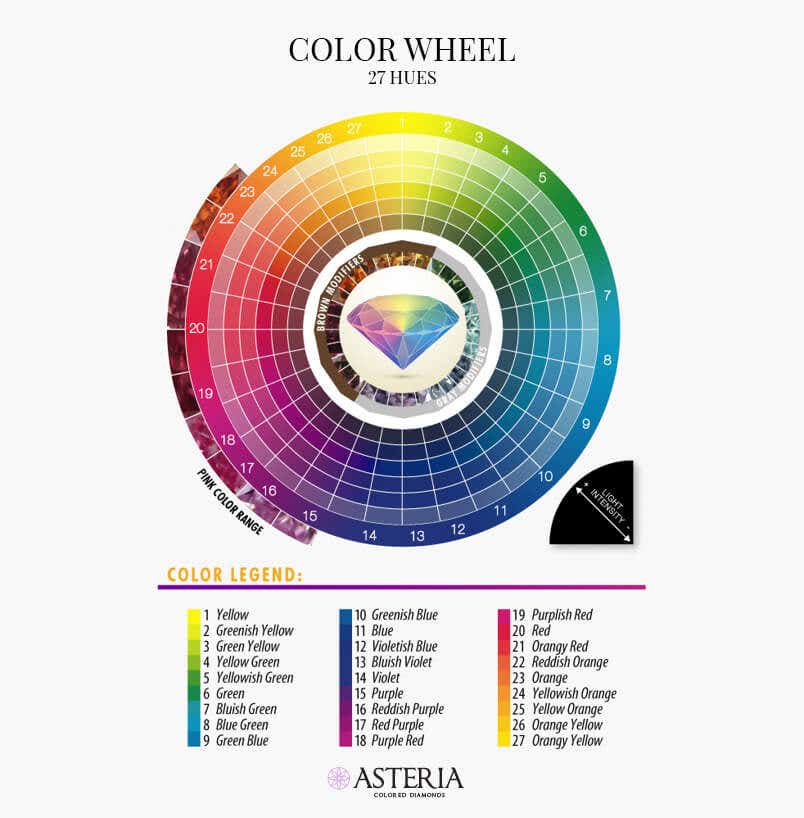 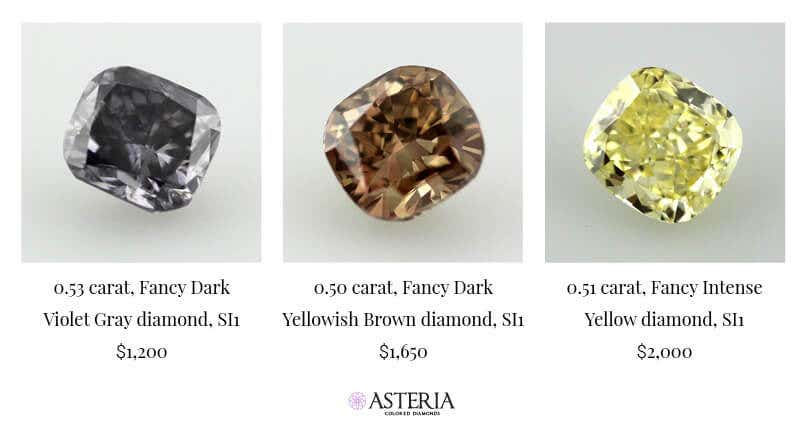 The least expensive of the colored diamond colors include brown, gray, and yellow – the most commonly occurring of the colored diamonds. Although these colored stones are more rare than white diamonds, they typically cost less than white diamonds of comparable quality and carat due to generally lower levels of demand. However, the relatively lower cost is not applicable for stones with stronger intensities such as vivid or fancy vivid yellow, or for a diamond with a modifying color that is more valuable, such as a blue gray diamond. 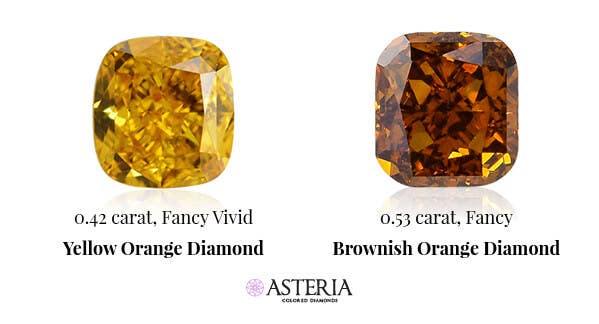 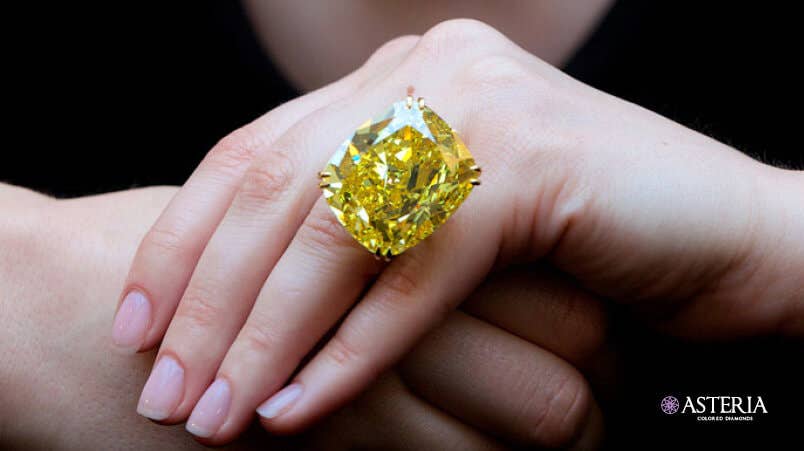