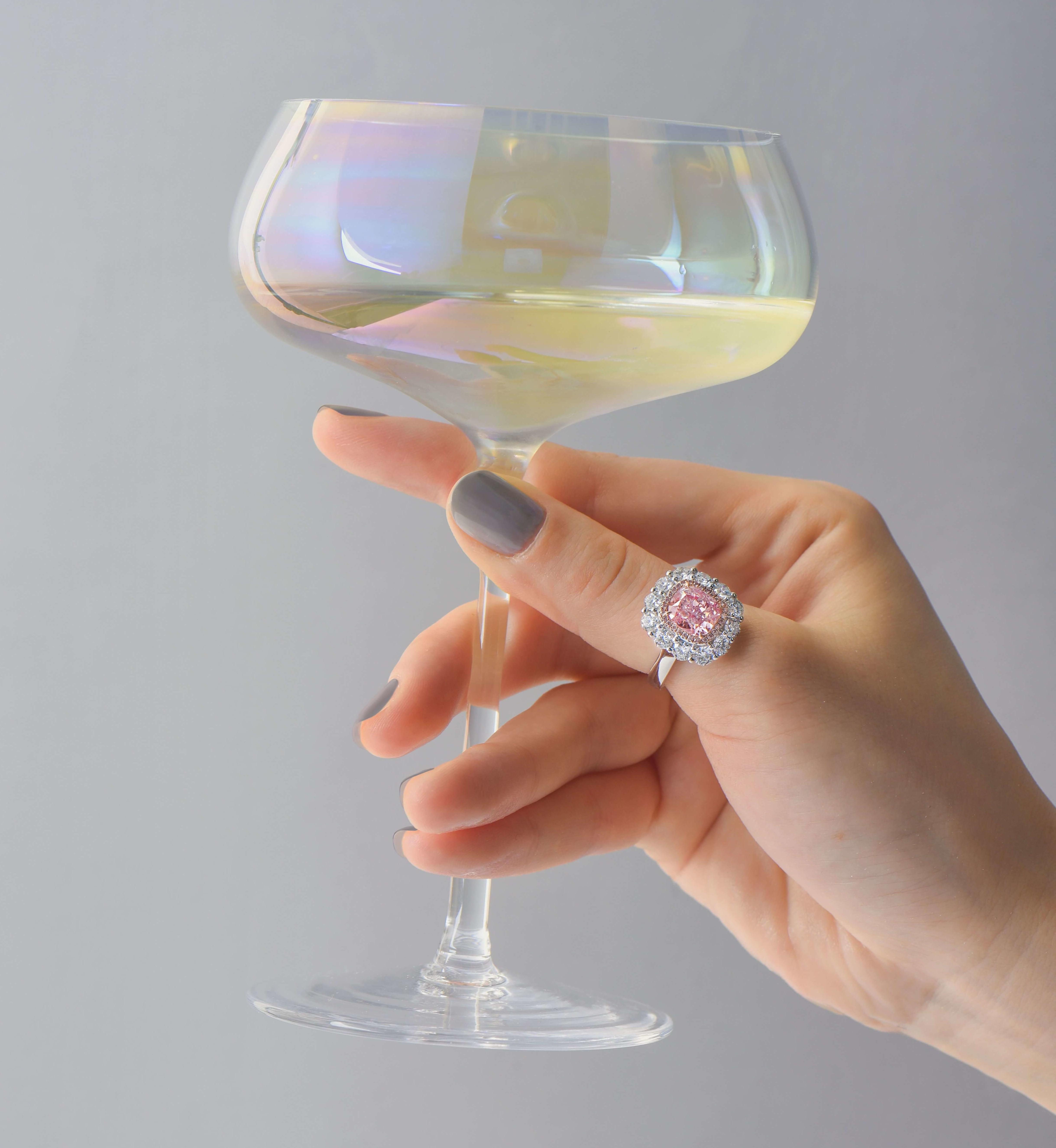 A diamond cocktail ring was the original bling – bold stones and a significant presence make these rings a statement jewelry piece that is designed to be noticed. But where did the idea for such extravagant rings come from? Who are diamond cocktail rings for? How should they be worn? All this and more is what we are going to take a closer look at here.

The History of the Cocktail Ring

Despite their boozy name, cocktail rings have their roots in the prohibition era. Alcohol was illegal to manufacture, sell, or transport in the United States during the 1920s. However, rather than creating a chaste and sober society, prohibition resulted in people drinking in secret and women behaving in ways thought to be unspeakable in the past.

'Speakeasies,' or secret bars and liquor shops, sprung up during prohibition. Speakeasies became a fashionable place to be seen, especially among the wealthy, as people flocked there for fun and cocktails.

For the first time in American history, women began to frequent bars, and often do it alone. Pearl strands, diadems, stacks of bracelets, and large, flashy rings, which are now considered the first cocktail rings, were all worn by fashionable women of the time. The big rings, short skirts and shorter hair were all acts of defiance, as this was also the period of women's suffrage, and while alcohol was still perfectly legal in Europe female rebellion was active there too, and the cocktail ring became a worldwide fashion statement in a relatively short time.

And the cocktail connotation? Colorful cocktails were dreamed up to be specifically marketed to women, as they masked the sometimes harsh taste of alcohol and looked flashy at the same time. To catch a barman's attention in the often crowded illegal bars women would order their drinks by raising their right hand and showing their large diamond cocktail rings, thus the name. 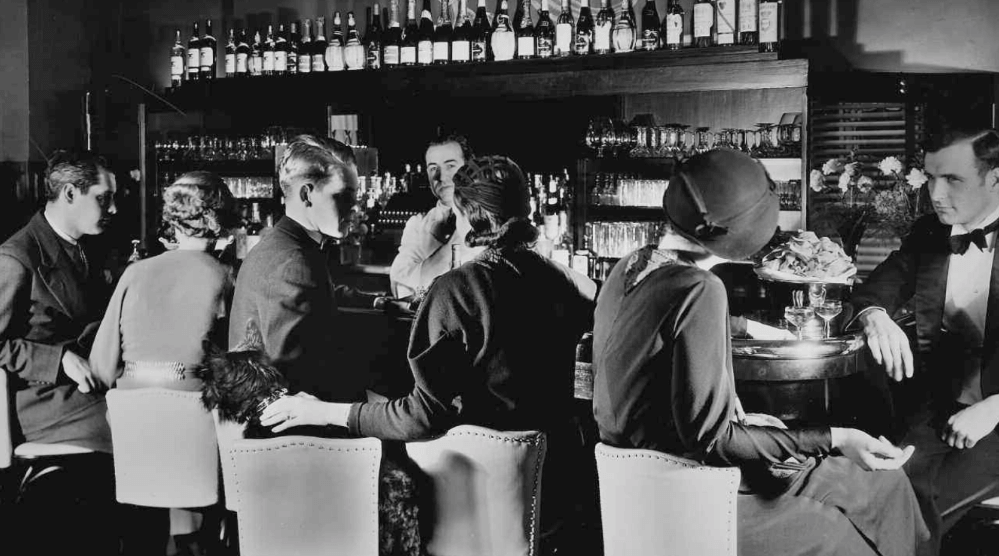 The original cocktail ring was over-sized, with a large diamond in the center and smaller diamonds surrounding it. Other precious gemstones were soon used too. The most valuable cocktail rings in the 1920s were platinum, with large diamonds, emeralds, or sapphires encircled by pave diamonds.

Prohibition ended in 1933, and the cocktail ring moved to the private dining rooms of the wealthy. Diamond cocktail rings for women remained popular, but became more about status and wealth than rebellion. They remained jewelry fashion darlings until the 1960s, when a new era of women's liberation arrived and most women declared them too loud and ostentatious.

But then came the Eighties. Truly a decade of excess, and glamour, thanks to the likes of the TV hits Dallas and Dynasty, diamond cocktail rings matched huge shoulder pads, big hair and the idea of women finally making it to the boardroom perfectly, and large cocktail rings were hot again.

Today cocktail rings are still a popular choice, especially diamond cocktail rings. And thanks to their bright colors and showstopping appeal, fancy colored diamonds look as stunning when used to create them as their clear diamond counterparts always have. 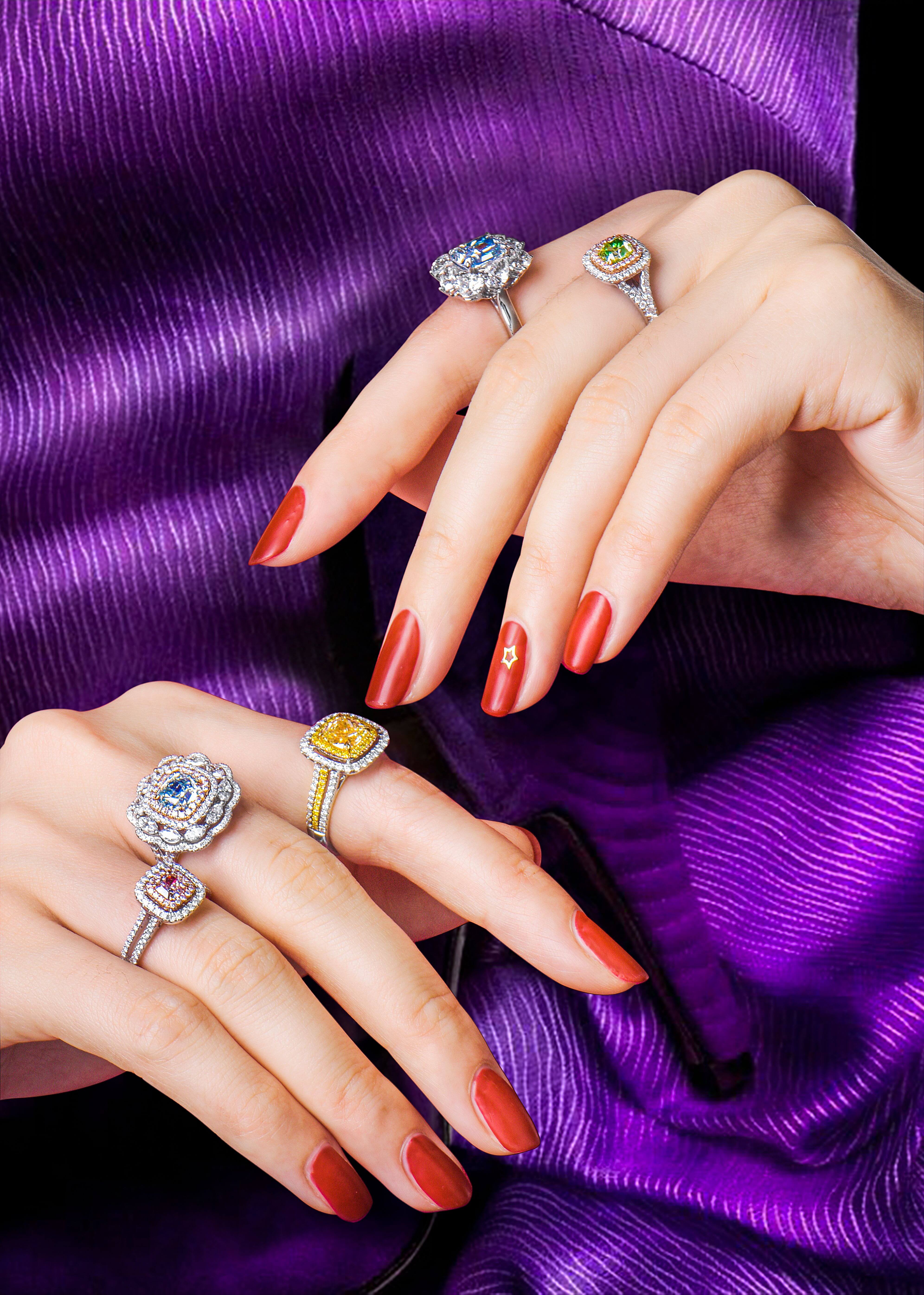 The stone - or stones - setting and its metal are another way that cocktail rings differ, and they are often used to make a ring even more unique looking. Some of the most common settings for a cocktail ring include the following:

The gemstone is usually held in place by four to six metal arms. The central gemstone has a high profile off the finger and can be seen from all angles. Because the prongs are prone to snagging on things, they should be checked for damage on a regular basis.

A metal band wraps around the central stone to hold it in place in a bezel setting.
Because there are no prongs to come loose, a bezel setting is a safe setting for a stone; however, you won't be able to see the gem from as many angles.

Cluster settings group stones together to create the illusion of a larger stone.
Cocktail rings can be fashioned into unusual shapes and embellished with stone clusters.
They have a lot of glitz and glam! If you want your ring to last, keep an eye out for loose stones and have it cleaned on a regular basis.

Pavé is a French word that means "to pave." The name is accurate, as gemstones are paved in a pavé setting. Small stones (.01-.02 carats) are closely set together with the tiny prongs or beads holding them in place barely visible

In terms of metals for gemstone cocktail rings, original cocktail rings were made of platinum, which was the most popular metal for jewelry during the 1920s. Platinum is extremely pure and long-lasting, but it is costly, so modern rings may be made of other metals.

White gold resembles platinum in appearance but is less expensive. The plating on white gold is rhodium, and it needs to be redone every few years. Although yellow gold flatters a wide range of skin tones, it is scratch-prone. Rose gold is more affordable and durable than yellow or white gold, but it is more difficult to come by. It's also not a good gold if you have a copper allergy.

How to Wear a Cocktail Ring

Cocktail rings are traditionally worn on the right hand to distinguish them from wedding or engagement rings, but they can now be worn on any hand or finger. These extravagant rings are meant to be worn on special occasions and aren't considered an everyday accessory, although there are no rules, you can wear them whenever you want!