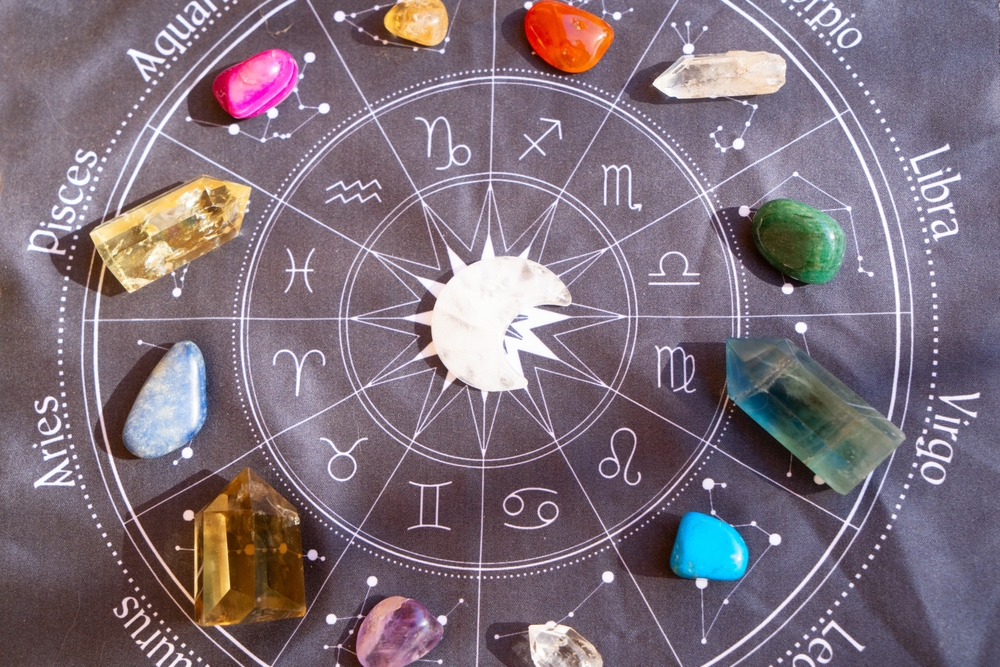 Each month’s birthstone has a unique history and meaning behind it. Birthstones are believed to have been used thousands of years ago and are known to bring positive energy and good luck to those who wear them.

The twelve birthstones represent a wide range of colours, making them thoughtful and personal gifts, especially for rings and bridal jewellery.

Birthday jewellery is a beautiful way to commemorate a loved one's or friend's special day. Find out what each birthstone represents for the wearer by viewing the list below.

Why Might Women Choose A Gemstone Engagement Ring With Birthstones?

A birthstone's meaning can be attributed to its month of birth or some other specific meaning. For example, a sapphire ring birthstone is said to be associated with someone born in October.

As women seek to express their love and commitment to their significant others, a gemstone engagement ring has become an increasingly popular choice.  Gemstones are incredibly unique because they act as a symbol of their marriage, a wedding anniversary, or as a reminder of the birth of their loved ones.

Choosing an engagement ring with birthstones can be a challenging task. Choosing a diamond ring may be a tradition for some, but for others, a unique ring may be more appealing.

A birthstone engagement ring can represent a woman's unique story, which makes them popular.

There are many theories about how birthstones came to be. Breastplates were made for Aaron, the Hebrew High Priest, and these stones are thought to predate the Bible. Twelve precious gemstones adorned the Priest’s garment, representing an Israeli tribe.

Traditions say birthstones have therapeutic and symbolise good luck - they are, however,  shrouded in myth and legend. It was believed that wearing a gemstone during its associated month enhanced its properties, so you should own all 12 and wear each one according to its season.

Each month's birthstone is listed below!

Symbolising confidence, willpower, energy, and power, the garnets are beautiful, rich stones. There is a tendency for those born in this month to be feisty, quick-witted, and ready to take on anything that comes their way.

This January birthstone was traditionally used as a protection stone and to warn off impending danger.

The most common colour of January birthstone, the garnet, is red, though they are available in many other colours. Despite their similarity to rubes, garnets are much more affordable - especially for January babies.

As a gemstone, amethyst is usually a deep purple shade. A generous stone was carved and said to have been worn by St. Valentine in an amethyst ring. With regards to bringing peace of mind to the wearer, the gemstone brings contentment.

Quartz comes in various purple hues, but amethyst is most widely known for its darker violet shade. Amethyst has been collected and worn for thousands of years and is now considered a famous 'healing stone.'

Because of its beautiful blue hues, aquamarine is associated with water. People who travelled by sea used to wear the stone as a protective talisman in ancient times. In addition to its calming properties, aquamarine is also believed to relieve stress and worry.

Additionally, it promotes faithfulness, courage, and friendship, as well as a happy and committed marriage.

Diamonds have a long history as engagement ring gemstones for a good reason. An enduring symbol of love, the diamond comes from the Greek word Adamas, which means 'unconquerable.'

There are plenty of diamond options that can provide a more personalised and unique feel. There are many kinds of diamonds, including rough, rustic, salt and pepper, and coloured diamonds. A diamond engagement ring offers the possibility of capturing a more unique, personal, and meaningful look.

For centuries, jewel lovers have been fascinated by the emerald, from Cleopatra to Jacqueline Kennedy. Symbolising faithfulness and enduring love, the stunning green stone makes the perfect engagement ring.

The most popular and well-known colour is a deep, rich green, which ranges from yellowish-green to blue-green. Emeralds are characterised by inclusions that give them a unique appearance. As a result, and due to its slightly softer nature, you'll need to be extra selective when selecting its setting.

You can check the different emerald birthstones here!

A pearl is a June birthstone. A pearl has long been associated with love, luck, wisdom, and peace since ancient times. They are associated with purity and light due to their white gold colour. Pearls represent innocence and sincerity, and therefore they are used as birthstones.

New life beginnings such as marriage, house moves and babies are said to be blessed with this June birthstone if you wear it as your birthstone.

The pearl is also famous as a wedding ring accessory because of this reason.

For love affairs marked by a unique engagement ring, rubies hold a special place as symbols of love and passion. Across cultures and centuries, a July birthstone has appeared in some of the most beautiful pieces. Among rubies, medium-dark red is the most coveted hue, ranging from orangey-red to somewhat purplish-red.

In addition to their resilience, strength, and durability, a July birthstone is highly durable. That’s why it is good if you have ruby pieces of jewellery.

Peridot is a richly coloured gemstone that takes a distinct shade of green when worn. Since its colour is similar to an evening emerald, it is often called the “evening emerald”.

Peridot is a symbol of courage and strength. As well as protecting its wearer from depression, anger, jealousy, and anxiety, it is believed to help him overcome anxiety and depression. In addition to strengthening life and attracting wealth and growth, peridot is often worn as a gemstone.

There are various meanings and powers associated with sapphires over time because of their long and varied history. To many ancient cultures, sapphires symbolised the heavens because of their wisdom and clarity. As well as protecting the wearer from harm, they've sometimes been thought to empower them with innocence and good health.

We offer different kinds of jewellery that are made of sapphire here!

Because of their hardness and durability, this gem is an excellent choice for an engagement ring, as it comes from the same mineral species as rubies. You can also choose from a wide variety of colours, including white gold or purely white, yellow or yellow gold, orange, green, purple, pink, and of course, blue, which will allow you to express your relationship in a unique and personalised manner.

It is a blessing to have the opal as their birthstone if you were born in October. Due to their patterns and flashes of colour, each opal differs from the other in some way.

Opals are delicate gemstones, unlike diamond or sapphire, which must be handled carefully. Opals are available in various colours, from dark to light and subdued to fiery.

The superstition holds that wearing an opal would bring misfortune unless it is your birthstone.

Citrine is the November birthstone which is a yellow variety of quartz that gets its name from the French word citron, which means lemon in French. Colours range from pale pastels to rose gold to golden yellows and honey browns in this transparent stone. Its vibrant colour has long been hailed for its warming effect because citrine sometimes contains sparkling inclusions.

Among its many colours, topaz is most popular and valuable in orangish-yellow, dark pinkish-red, and orange-red shades. Topaz has been regarded as a stone of strength, longevity, and intelligence by cultures throughout history. A ring made from this stone would also be durable due to its strength.

As a birthstone, you may select any one of three recognised gemstones for December. With tanzanite's blue to bluish-purple colour, turquoise's intense blue-green marbling, and zircon's rainbow of colours, there's something for everyone born this month.

Tanzanite was discovered in the country of Tanzania in 1967, which makes it relatively new to the world of gemstones. Often, tanzanite is described as velvety and rich in colour with a violet hue. Because it's a softer stone, special care must be taken when choosing its setting and wear.

Since ancient times, turquoise has been revered as a talisman of good fortune. There is often a marbling effect of vibrant blue-green hues on its bright, opaque surface. In addition to bringing peace to the home, turquoise is believed to protect against negative energy.

There is no consensus on where the zircon originated amongst many cultures. The colourless form of this gemstone is often mistaken for a diamond due to its wide range of colours. Usually, December's birthstone is blue zircon, which completes the month's blue gemstone trio.

Each ring will be unique, magical, and intriguing due to a rainbow of colour options. If you're looking for an engagement ring with layers of meaning for both of you, birthstones are a great choice. Aside from engagement rings, we also offer different jewellery collections!

An engagement ring with three stones symbolises what?

Ancient cultures considered the number three to be lucky. As a result, it contains both 1 and 2, which are considered lucky numbers.

The popularity of a three-stone ring can be attributed to various factors. It has been interpreted as representing a marriage made in heaven by some and as a symbol of love by others.

Diamond is the closest stone to what?

Corundum is the answer. In addition to blue, green, yellow, red and pink, corundum also comes in various colours. The gemstone is also called sapphire, which is another name for it.

On an engagement ring, how many diamonds should it have?

Couples who are planning to get married often ask this question. A person's budget and stone ring size determine the appropriate amount of diamonds. Diamonds may be preferred by some people while they may not by others.