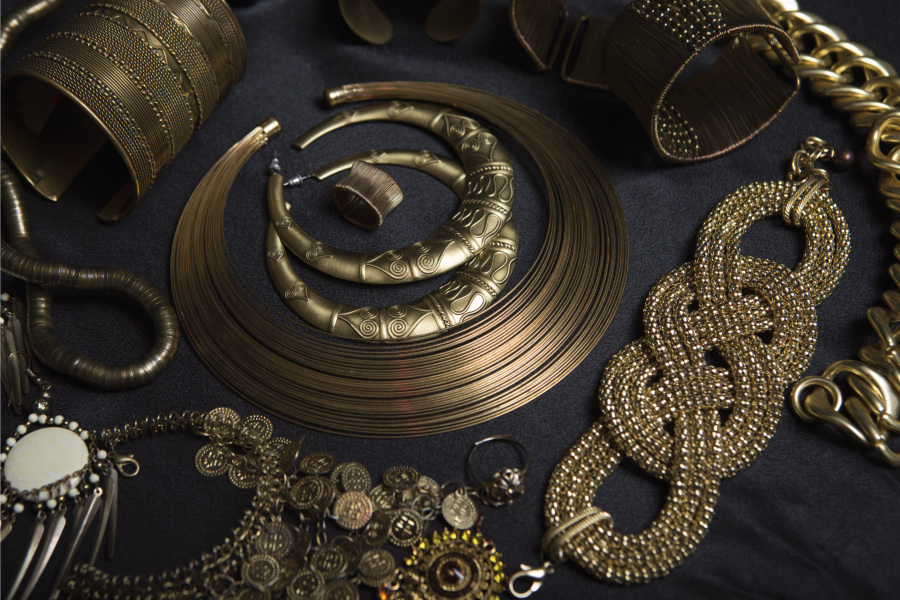 Both men and women in Ancient Egypt adored jewelry and adorned themselves with a plethora of trinkets. Egyptian jewelry also served as a symbol of wealth and status, as well as protection from evil. This protection was available to both the living and the dead, and it was thought to bring prosperity in both this life and the next.

Amulets, necklaces, pendants, bracelets, rings, head jewelry, anklets, diadems, collars, and insignia were among the items of Egyptian jewelry that were most commonly worn and loved. But did Egyptian jewelry make use of precious gemstones, and if so, which ones?

Despite having access to a variety of precious gemstones, the Egyptians preferred to use softer, semi-precious stones such as carnelian, jasper, lapis lazuli, malachite, quartz, and turquoise.

They placed great emphasis on the color of their jewelry and gemstones, as certain colors were thought to provide protection from evil and good fortune. The color blue was associated with royalty in many ancient cultures, and this was especially true in Ancient Egypt, making lapis lazuli one of the most valuable gemstones of all for use in Egyptian jewelry.

Turquoise is another opaque gemstone that the Egyptians favored. The color was chosen to represent joy, cleanliness, and pleasure, and it is similar to that of the tropical sea. Turquoise, lapis lazuli, and carnelian were inlaid into King Tut's infamous golden burial mask.

The majority of the raw materials used to make jewelry were found in or near Egypt, but some valuable stones, such as lapis lazuli, were imported from as far as Afghanistan. The emerald was Queen Cleopatra's favorite gemstone, and she even gave emeralds carved in her likeness to foreign dignitaries.

Locals near the Red Sea mined emeralds. Until the 16th century, Egypt had a monopoly on emeralds. Emeralds were associated with fertility, immortality, rejuvenation, and eternal spring, and were the most highly prized gemstones in the region and beyond for centuries. .

Because not everyone could afford emeralds or semi-precious gems - they were expensive even back then - Ancient Egyptian artisans invented the art of fake gemstones to provide inexpensive materials for the lower social classes, paving the way for the faux gemstones industry that still exists thousands of years later.

Glass bead replicas of precious stones became so good that it was difficult to tell the difference between genuine emeralds, pearls, and tiger's eye.

Each Egyptian jewelry gemstone's color had a different meaning for the ancients, and some of those meanings still affect modern jewelry lovers shopping preferences today. Emerald Egyptian jewelry, for example, was thought to represent fertility and the success of new crops, whereas a recently deceased person would wear a ruby or carnelian necklace around their neck to satisfy the goddess Isis's bloodlust and gain easier access to the next world.

The Egyptians did not make great use of diamonds because they really knew nothing about them. Given their passion for jewelry one thing is for sure, if they had Ancient Egyptian diamond jewelry would have been truly spectacular!