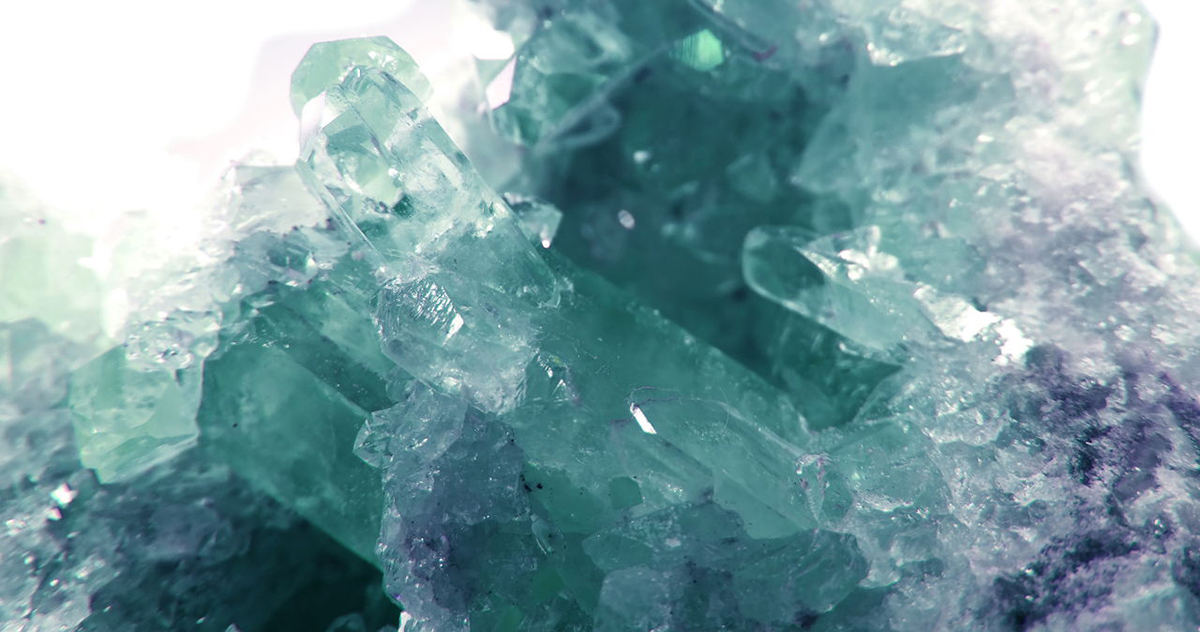 All About Aquamarine, the 'Mermaid's Jewel'

Aquamarine belongs to the Beryl family of gemstones and is a soft pale blue variety. Aquamarine, one of the most popular blue gemstones, is shrouded in myth and legend. It is known as the sea's gem, and its name comes from the Latin words "aqua" for "water" and "marina" for "of the sea." High quality aquamarine also has excellent clarity, which means it sparkles brightly and energetically.

A Brief History of Aquamarine

Aquamarine has always been associated with the sea, and it's easy to see why. Its tropical ocean blue tones effortlessly invoke images of landless skies and the waters below, and it has been used in jewelry since at least 500 BC. It was once thought to be mermaids' treasure, and sailors and travelers wore it as a talisman to protect them from being shipwrecked and to prevent sea sickness.

Pliny the Elder (23 AD - 79 AD) described the gem as follows: "The lovely Aquamarine, which seems to have come from some mermaid's treasure house, in the depths of the summer sea, has charms not to be denied". A lovely turn of phrase - Pliny was quite the gem fan too, as a study of his writings proves - that is also rather accurate.

Water and the oceans are the subject of many superstitions and legends told throughout Aquamarine's long history. According to one legend, the gem's qualities are especially strong when it is submerged in water. When Aquamarine's reputed powers began to wane, the gem was immersed in water on the night of a brilliant full moon to resurrect it. In the past, sailors caught in a storm were said to throw their Aquamarines overboard as a last resort in an attempt to calm the gods.

The stone was revered by both the Romans and the Greeks, who referred to it as the 'sailor's gem.' It was even thought by the Romans to be able to cure medical ailments of the throat, stomach, and liver.

Back on dry land, aquamarine was thought to soothe and prolong relationships, which is why it was commonly given as an anniversary gift long before it was officially designated for the 19th wedding anniversary. It was also thought to make soldiers invincible, so it was carried into battle as a protection stone.

This legend of 'protection in battle' has been reinterpreted by some in the modern age as a form of legal protection. It was also believed to bring rain when it was desperately needed, as well as to curse enemies with drought.

The birthstone for March is aquamarine, which is also the 'official' gemstone for a 19th wedding anniversary. Although there are other sources, aquamarine is mostly found and mined in Brazil and countries along the Mozambique geological belt in Africa. Cleaner stones are often very light in color, whereas darker shades of Aquamarine are cloudier.

Aquamarine is most famous for its glorious cool blue color, but it can also come in delicate greenish hues. In recent years, it has been suggested that the bluer a stone is, the more valuable it is. However, collectors all over the world were primarily looking for sea green colored stones as recently as the 19th century.

The presence of iron gives aquamarine its distinctive pale blue color. Similarly, the presence of metallic elements gives all members of the Beryl family their colors; without them, pure Beryl, also known as Goshenite, remains colorless. Morganite, Aquamarine's younger sister in the Beryl family, is colored by manganese, while Emerald, Aquamarine's older and more complicated sister, is colored by chromium, iron, and vanadium.

Why Do People Choose Aquamarine?

Perhaps the biggest reason that one might be drawn to aquamarine is its stunning color. It is also beautifully complemented by clear diamonds, and the two in combination can be used to create jewelry that is truly spectacular.

However, if you are a person who enjoys interpreting the meanings behind gemstones, Aquamarine has long been associated with calmness, protection, and relaxation. The stone is said to keep us connected to the water, which is the source of all life on Earth.

In more modern times Aquamarine has been said to protect one from the negative influences of gossip, as well as increase one's wisdom and happiness, in addition to being associated with courage, faithfulness, and friendship. It is also linked to the Scorpio zodiac sign and the planet Neptune. 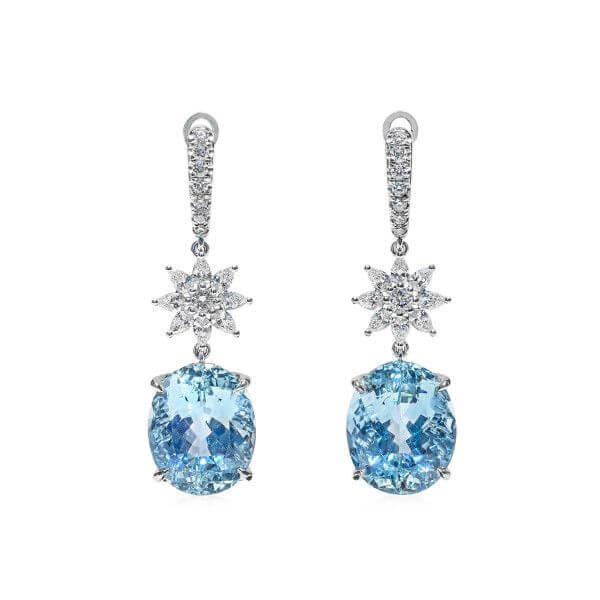 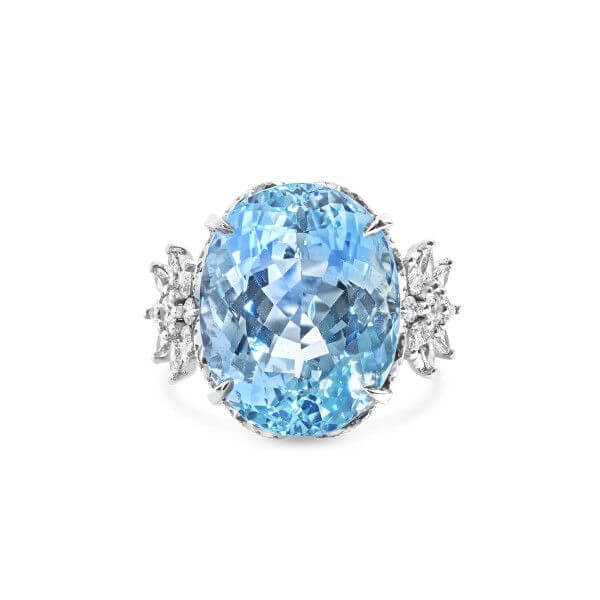