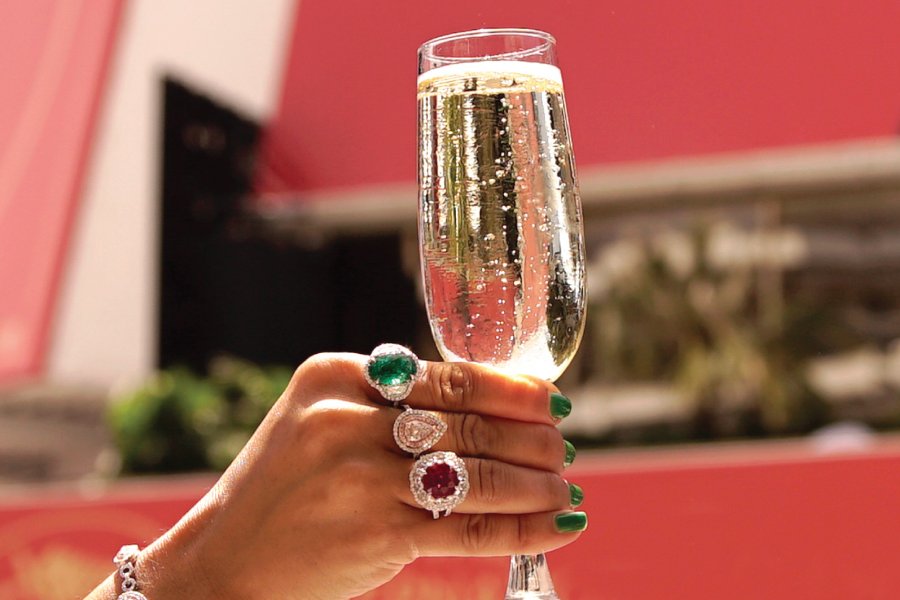 5 Emerald Facts That May Surprise You

Did you know that emeralds are even rarer than diamonds, and that baby oil protects them? If not, those are just two things you'll learn here as we'll be delving into the fascinating priceless jewel right here.

Emeralds Play a Part in Some of the World's Oldest Treasures

The earliest emeralds are about three billion years old. However, emeralds were initially mined in Egypt approximately 1500BC, when they were thought to represent fertility and rebirth. Mummies were frequently buried with them as a symbol of eternal youth. These lush green jewels were likewise revered by the Incas and Aztecs, who worshiped them as gods.

So it's no surprise then that many of the best and most valuable emeralds in the world come from South America. Colombia currently produces the most emeralds, accounting for more than half of all global output.

Emeralds: The 'Ever Green' Beryl

Emeralds are formed of beryl and are one of four gemstones classified as "precious" around the world (the others being diamonds, sapphires, and rubies). Trace levels of chromium and/or vanadium give them their green color. Unlike other precious gems, which come in a variety of colors, emeralds are always green, with shades ranging from yellow-green to deep jade.

Green beryl, rather than emeralds, is the name given to the palest stones. Blueish-green to green emeralds with vivid saturation and a medium to medium-dark tone are usually considered the most attractive, although the fact is they are all beautiful in their own way.

Emeralds Can Be More Expensive Than Diamonds, And Rarer Too

Most people think of diamonds when they think of rare and expensive gemstones, but emeralds are up to 20 times rarer than diamonds and, as a result, may attract a higher price. Emeralds, on the other hand, are an excellent choice for people trying to maximize the size of their stone while staying within budget, as they appear larger than a diamond of the same carat weight due to their lower density.

The 858-carat Gachala emerald, discovered in Colombia in 1967, is one of the world's largest and most prestigious examples of the stone. The Mogul Mughal isn't nearly as large, but it is the world's largest inscribed emerald, with the words of a Shi'a Muslim prayer written in Naskh script. It was auctioned for $2.2 million in 2001. 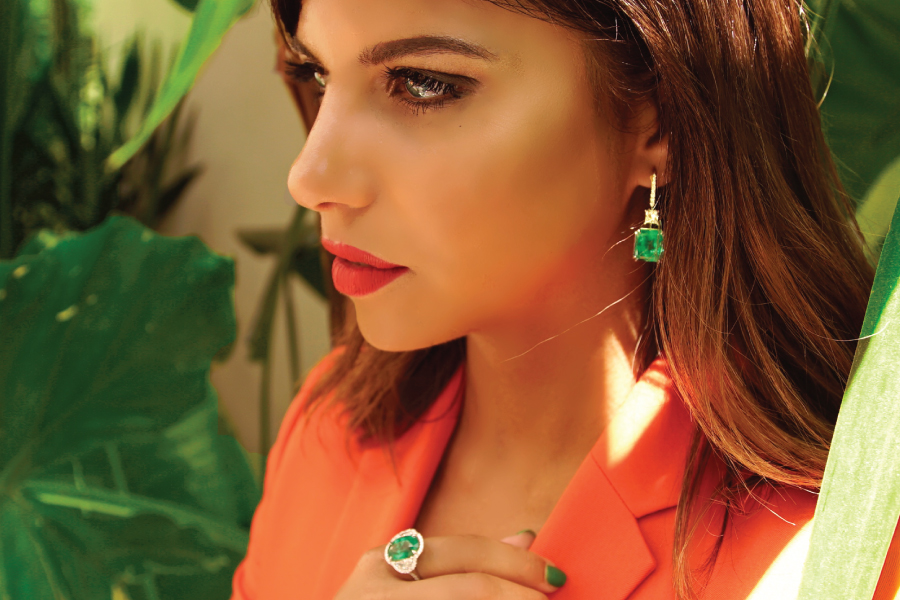 A woman with an emerald jewelry set

In contrast to diamonds, where clarity plays a crucial role in determining a stone's value, emeralds are expected to include inclusions. They can be found in 99 percent of natural emeralds, so if you come across one that doesn't have them, it's probably manmade. Gases, other minerals and crystals, and liquids produce inclusions in emeralds during the crystallisation process, and are often regarded as attractive characteristics.

They are known in the trade as 'jardin' (as in the French for garden), and they can create appealing patterns, ensuring that no two stones are alike, thus increasing the value of the gem. Emerald clarity relates to how the stone appears on the inside and is normally determined by looking at it without magnification. Because of their natural inclusions, emeralds are frequently treated with oils or resins to increase their clarity and grade.

The Soft Side Of Emeralds

While inclusions enhance the overall appearance of an emerald, they make it more prone to fracture when struck against a hard surface or exposed to significant temperature changes.

To prevent chipping, most emeralds are treated by sealing cracks with oil. As a result, never use chemicals or ultrasound equipment to clean an emerald. Instead, rinse any grime away with warm water, allow to dry, and then wipe with a soft cloth. As an added precaution, coat emeralds with baby oil to help prevent the stone from becoming extremely brittle.

There's something symbiotic about royalty and emeralds, from Cleopatra to the Duchess of Cambridge.

The legendary Cleopatra was believed to be obsessed with Emeralds. Egypt, not far from the Red Sea, was the first known location for Emerald mining. Cleopatra claimed this mine as her own, taking it from the Greeks.

Cleopatra and the Ancient Egyptians believed that emeralds could be used to treat eye ailments and that the green color symbolizes fertility and rebirth, in addition to wearing them as jewelry. Emeralds were frequently buried with the dead as a symbol of eternal youth. Cleopatra offered her likeness carved into enormous emeralds to visiting dignitaries when they left Egypt.

Cleopatra's 'lost' mines were rediscovered in 1817. However, the supply of emeralds had long been depleted due to extensive mining between 3000 and 1500BC.

For Queen Victoria, Prince Albert commissioned a gothic-inspired diamond and emerald tiara in 1845. It included 19 inverted pear-shaped emeralds, the largest of which weighed 15 carats, and was created by royal jeweller Joseph Kitching. Queen Mary wore a beautiful Art Deco emerald choker at the famous Delhi Durbar in 1911, which was later given to Princess Diana as a wedding gift from Queen Elizabeth.

Even today's British royals are ardent emerald fans. Emerald earrings, an emerald necklace, and an emerald bracelet are among the emerald and diamond jewelry owned by the Duchess of Cambridge. Princess Eugenie wore the Greville Emerald Kokoshnik Tiara with six emeralds on either side when she married Jack Brooksbank in 2018. The tiara was the bride's 'something borrowed,' as it was on loan from the Queen, and was designed by Boucheron in the Russian imperial 'kokoshnik' style for society host Margaret Greville in 1919. She wore it with diamond and emerald drop earrings, which her fiancé had given her.