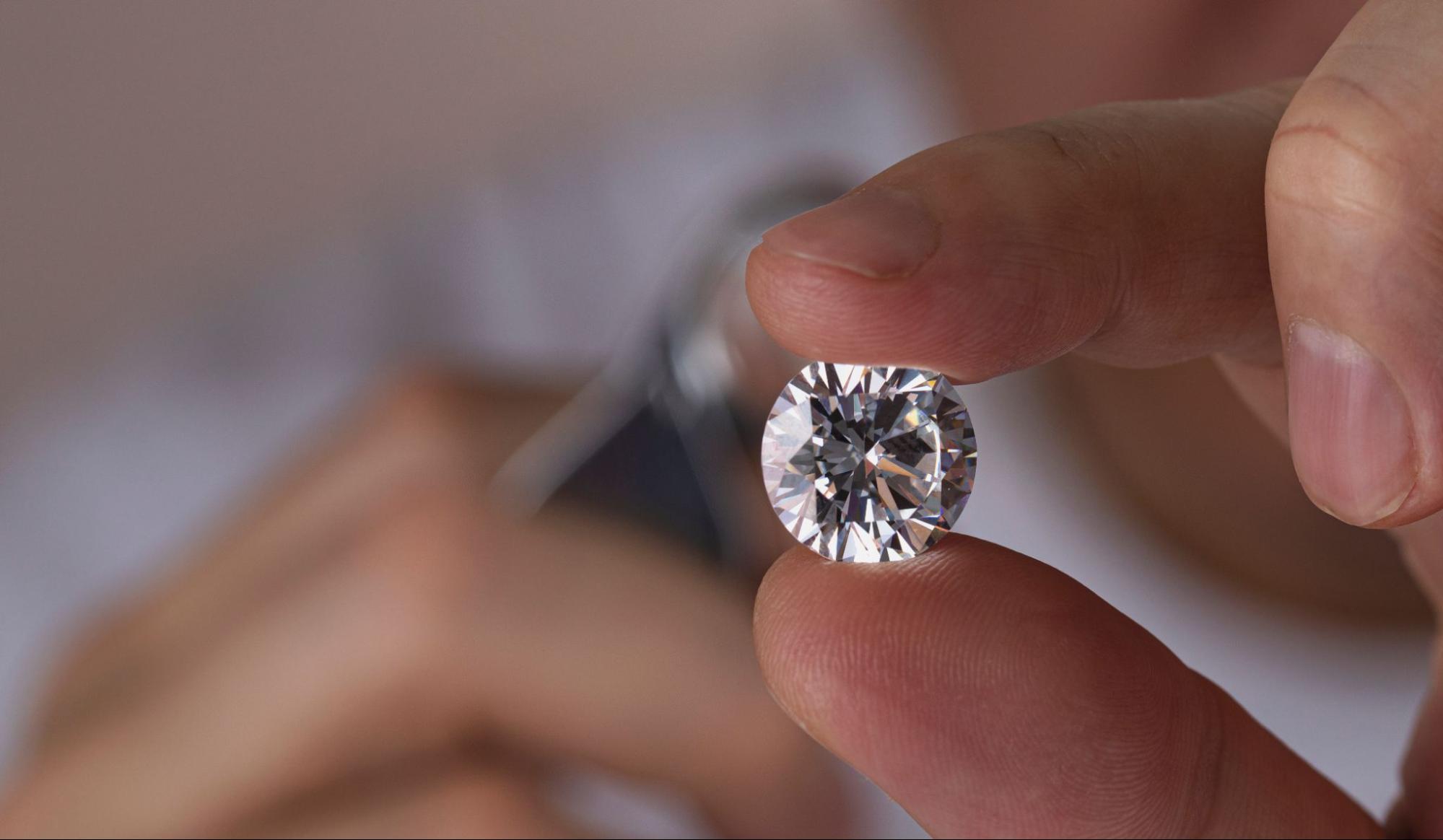 Diamonds are formed when the earth's mantle melts and rises to the surface. The diamonds that we wear on our fingers today are estimated created about 2.5 billion years ago.

We know that diamonds are rare, but how are these gemstones formed, and where do they come from?

A diamond is perceived as a beautiful and unique gemstone that has many different characteristics. The most popular and well-known characteristic of a real diamond is its hardness. A diamond is the hardest naturally occurring material on Earth, which is why it is such a popular choice for engagement rings and other jewellery.

The Appearance of a Rough Diamond 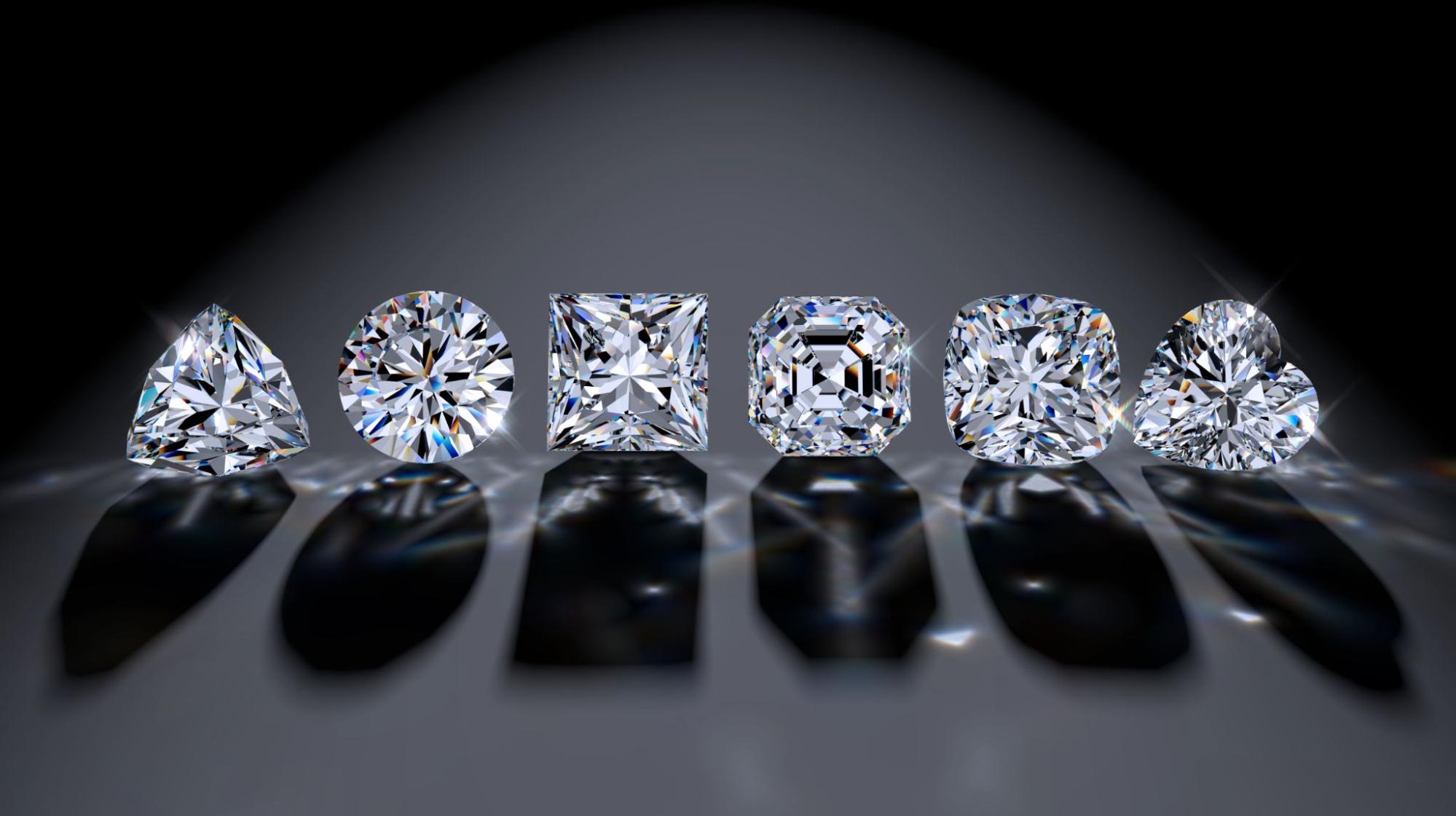 A diamond's value increases with fewer dents - you can find rough diamonds of any size and shape, so don't get us wrong. Diamonds must be cut in order to be valued. The clarity of the assessment, once it is received, is also one of the most crucial components. However, what are the advantages of a simple diamond shape?

Diamonds with a familiar shape are more valuable than diamonds without. Diamonds may require cutting off their odd portions on one side if they have odd shapes. In reality, diamonds can appear really weird. Our statement about them being found in all shapes and sizes wasn't a joking statement! Inexperienced eyes may not recognise them as minerals, but experts know what they are right away!

In reality, there are no rules when it comes to diamonds; they can be large or small. It's important to note that when we talk about "big", we are not referring to something you can see across the room. A diamond weighing more than 200 carats would be considered "big" in this field. In terms of the largest rough diamonds ever found, that's at least where it starts. Light finds under 200 carats aren't considered light just because they are smaller than that.

Compared to other rough diamonds, the Cullinan Diamond is considered the largest. As far as we know, it is the biggest that our planet has ever produced! In spite of the Sergio diamond being bigger, it wasn't found in a mine but on land. There is a high probability that it is actually a piece of a meteor that landed here from space.

Throughout this article, we use the term "carat" for weight, not size. It might be a good idea to cover this basic fun fact while we're here. Approximately 1/5 of a gram is one carat. Putting that in perspective, the Cullinan weighs 621.35 grams, which is 3106.5 carats. Hence, Cullinan becomes the heavyweight champion.

A rough diamond's appearance is complicated. When we think of diamond rings, we might picture a perfectly cut 20-carat ring in our heads. Depending on the conditions in which they are formed, rough diamonds can come in many different shapes and sizes.

In some cases, minerals, rocks, or anything else formed beneath the ground may look like them. However, once they are cut, the magic begins to happen. The perfect diamond cut is known to all of us, but that look (and shape) is not free.

If you look at raw diamonds based on their colour, you'll know right away whether it's worth it. It's better to have less colour. The clearer the diamond, the more valuable it is! A natural diamond will be worth less if there is more colour - they come in yellows, browns, and off-whites.

A rough diamond's colour can usually be determined by its appearance - if it looks clear, it will probably be clear once it's cut. We will explain in a moment why the percentage of clarity varies. When everything is removed from the surface, if it appears yellow or brown, you aren't looking at a high percentage of diamond clarity.

Another characteristic of real diamonds is their sparkle. This sparkle is caused by the way light reflects off of the facets of the stone. Diamonds also come in a variety of colours, including yellow, pink, blue, and green. The colour of a raw diamond is caused by trace impurities in the stone.

How a diamond is formed determines its clarity grade. What are the reasons for their formation? Here's how it works:

When carbon undergoes immense heat and pressure, it forms diamonds. Diamond inclusions and blemishes are characteristics diamonds retain after formation due to how that carbon was exposed to those things. Inclusions refer to the internal characteristics inside, while blemishes pertain to the external imperfections that can be found in a diamond. Under magnification, they are anything that can be seen as an imperfection, from scratches to spots.

The diamond only shows its imperfections once it has been cleaned. Initially, uncut diamonds are rough and unnoticeable due to their imperfections. The next step is to clean and cut them. The diamond's inclusions and blemishes are determined here, as well as how much cutting takes place. 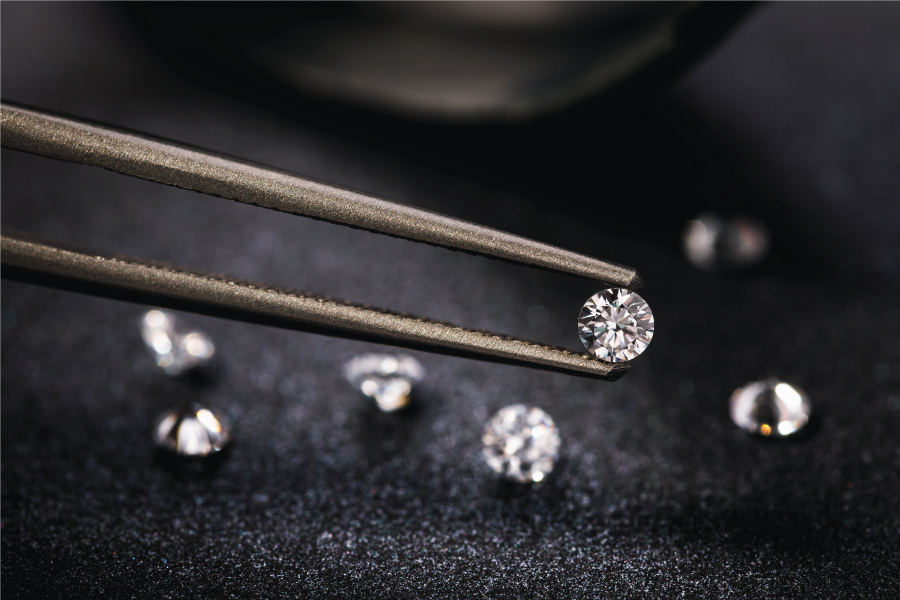 The Appearance of a Processed Diamond

What is the appearance of a processed diamond?

A processed diamond typically has 58 facets, or faces, cut into its surface. The "table" is the large, flat facet on the top of the diamond, while the "culet" is the small, pointy facet on the bottom. The rest of the facets are called the "star", "bezel", "pavilion", and "girdle". The girdle is usually thicker on processed diamonds than on natural diamonds.

The most popular diamond cut for a processed diamond is the round brilliant cut. This type of cut maximises the diamond's brilliance or how sparkly it appears. It also has a symmetrical shape that makes it look very elegant. Other popular cuts for processed diamonds include the princess cut, oval cut, marquise cut, and pear-shaped cut.

Diamond is one of the most valuable gems on Earth. It has many different uses, including being used in jewellery, as a part of industrial machinery, and for other applications. Diamonds are also mined in Africa and South America.

One of the most popular uses for diamonds is engagement rings. Diamonds are often chosen because they symbolise wealth and love. They can also be given as a gift to someone special.

Diamonds are also used in industrial machinery. They are often placed at the centre of gears or in other places where they make contact with other parts of the machinery. This makes it easier for the machine to move and function properly.

A diamond's appearance is important for a number of reasons. The way a diamond looks can affect its value. If a diamond has flaws or is not cut properly, it will be worth less than a flawless diamond. The appearance of a diamond can also affect how well it performs. A poorly cut diamond will not reflect light as well as a well-cut diamond and will not sparkle as much. Lastly, the appearance of a diamond can influence a person's decision to buy it. If someone is looking for a sparkling, flawless diamond, they are more likely to purchase one that meets their expectations in terms of appearance.

What does a diamond look like when it's found?

A diamond is found deep within the Earth's surface and is extracted through mining. The typical appearance of a raw, uncut diamond is that of a dull, opaque stone with a yellowish or brownish tinge. Once a diamond is cut and polished, it takes on the characteristic sparkle and brilliance that we typically associate with the gemstone. The different facets of a cut diamond refract light in different ways, creating the dazzling display of colours that we see when looking at a diamond.

What is the closest-looking stone to a diamond?

Where is the most common place to find diamonds?

The most common place to find diamonds is in Africa. More than two-thirds of the world's diamonds come from Africa, according to the U.S. Geological Survey.

Africa is home to some of the world's richest diamond deposits in countries like Botswana, Namibia, and South Africa. The vast majority of these diamonds are mined from kimberlite pipes, which are formed by volcanoes.

Kimberlite pipes are found all over Africa, but the largest and richest ones are concentrated in a few areas, like the Kimberly region of South Africa (hence its name). Other major diamond-producing regions include Angola, the Central African Republic, the Democratic Republic of Congo, and Tanzania.