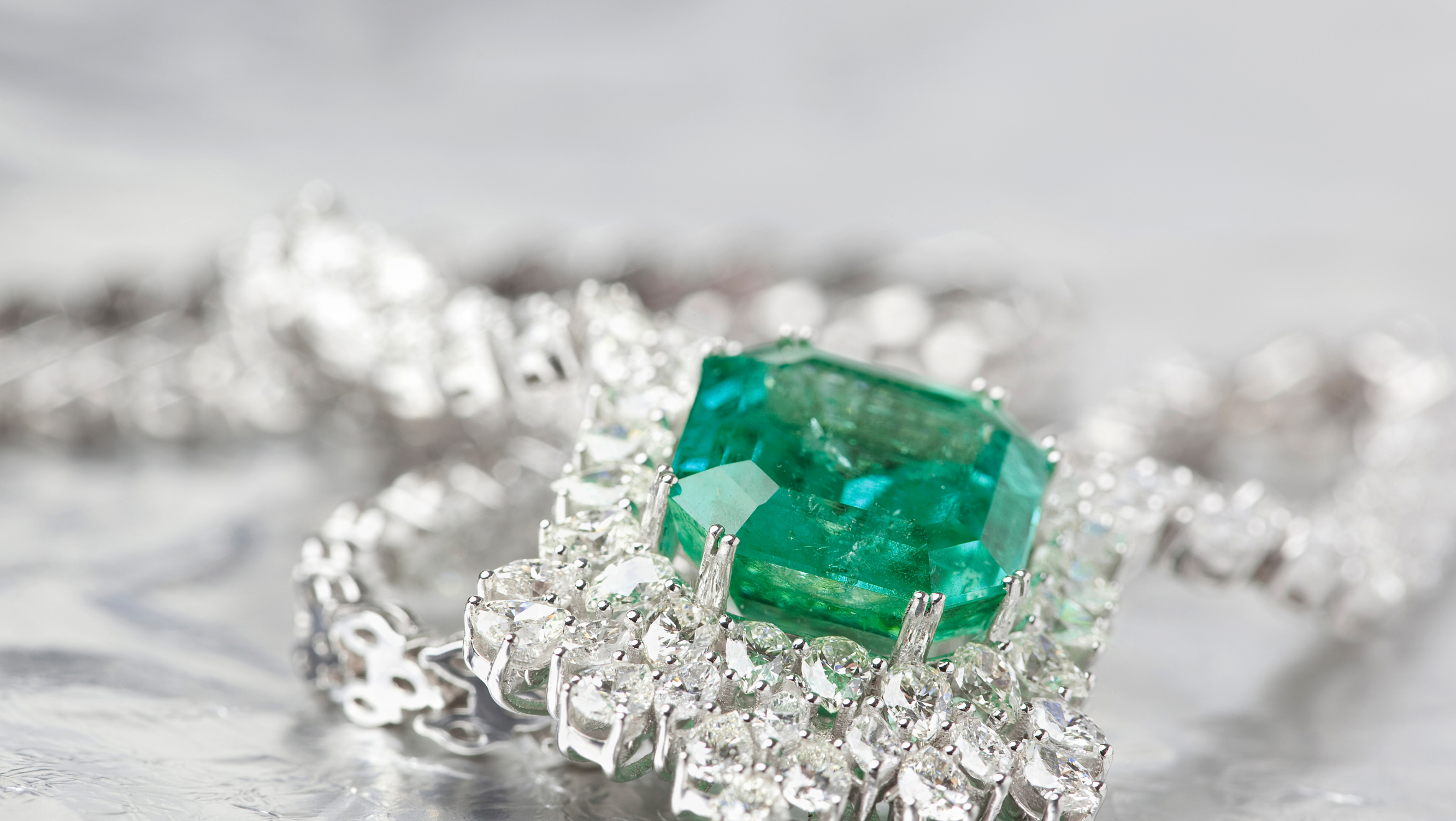 10 Diamond Facts You Shouldn’t Miss Out On

Diamonds are one of the most precious stones in the world. They have been used for centuries as a symbol of wealth and beauty. It's hard to buy diamonds in the first place because they are usually expensive. However, it's not impossible to find diamonds that you like.

It is not just about finding a diamond for you but also about finding one that fits your personality and style. There are many different types of diamonds with different properties and characteristics. The colour of diamonds varies depending on the diamond it is made from and how it was mined.

Visit Astteria to help you find exactly what you need from an online jewellery store, along with some fun facts on this special gemstone.

In the early days of mining, diamonds were mined from deep below the crust. It took a long time for the diamonds to be extracted from the earth. Diamonds are formed by chemical reactions and are made primarily from carbon. They are usually pushed from the depths of the earth by a volcanic eruption.

Diamonds are found in many parts of the world and occur in different colours. A fun fact about diamonds is that they differ because of their chemical composition. Their crystal structure makes diamonds hard to cut or break into smaller pieces. Diamonds have unique properties that make them valuable and desirable objects for jewellery manufacturing industries.

Known as an indomitable substance, diamonds derive their name from the Greek word Adamas, which means "invincible." It was a reference to both its hardness and its extraordinary strength. It is purported to have magical properties that protect from poisons and attacks according to ancient myths.

Interestingly, the brilliant cut was only introduced to the world in the 20th century, when one of the most famous properties of diamonds, its "fire", was discovered. A diamond was cut in a relatively simple and unspectacular manner before then.

Brilliant, step and mixed cuts are the three main diamond shapes. The brilliant cuts allow the most light to reflect, resulting in the most brilliant gems. Step cuts, including the emerald and baguette, are characterised by stacked facets. Combinations are known as mixed cuts.

In addition to being the hardest-cut diamond, the brilliant-cut is also the most durable. With no edges or corners to snag or bang, its round shape makes it highly durable and less likely to chip, crack or break. Diamonds in a round brilliant shape exhibit enhanced brilliance due to their multiple facets.

Since World War 2, diamonds have become increasingly popular as synthesis methods have improved and their unique properties have been tapped. They have been used as wear components or cutting tools, especially with their characteristic hardness.

In the diamond industry, quality is everything. The industry has a strict grading system that ensures that only flawless diamonds are sold to the public. Diamonds are graded differently to account for their unique properties. Others find their way into becoming industrial diamonds since they don't make good jewellery.

It is common for even gem-quality diamonds to differ considerably. According to the American Gem Society, there are four main criteria for grading the gem: cut, colour, clarity, and carat. The first three above are straightforward, while the criteria for a carat pertain to a diamond weighing equivalent to 200 milligrams.

6. Diamonds Come From Different Parts of The World

In recent years, diamonds have been sourced from a variety of countries. The diamond industry is one of the most important industries in India. It is also one of the oldest, with diamonds being mined in India since the 1400s. Around the same time, Indian diamonds were sold in European trade centres such as Venice and other European cities.

The shaping process is said to have started in the early 13th century. These processes are made by medieval Islamic gem cutters who shaped diamonds into basic table cuts. Advanced cutting tools and equipment later powered modern diamond cutting by the 16th century. At this point, European gem cutters can facet diamonds instead of settling for a polished diamond.

Round diamonds symbolise unending love. The resemblance of oval diamonds to eggs is probably why they are regarded as fertility charms. Their cut evokes emerald cut gems' elegance, clarity, and openness. Opulence and extravagance are associated with marquise diamonds because of their cut, which makes them appear larger than they are.

8. Diamonds Are Expensive Not Because of Their Rarity

In the past, diamonds were rare and expensive because of their rarity. Today, they are no longer rare but still expensive due to a few factors. The main factor is the high costs of the diamond production processing chain, from diamond mining to polishing. There is also a growing demand for diamonds worldwide, as they are often used in engagement rings. This tradition began with an infamous marketing campaign around the 1930s.

9. Diamonds Comprise About ⅓ Of Our Planet

According to scientists, there is a planet that contains about one-third of diamonds and is composed mostly of carbon. In 2004, the planet was discovered orbiting a nearby star in the Milky Way. It is called 55 Cancri e, a not particularly glamorous name for such an amazing object. There is also evidence that scientists have discovered a trillion-carat diamond star. A Beatles song, Lucy in the Sky with Diamonds, inspired them to name the star Lucy.

10. Diamonds That Are Mined Are Similar To Lab-Grown Diamonds

Contrary to popular belief, mined and lab diamonds have the same physical, chemical, and optical properties. In addition to being sustainable, a lab diamond requires no new mining, reducing its environmental impact. A lab-grown diamond is created using advanced technology that simulates a natural diamond's formation under the earth's surface.

They are produced in laboratories. The main reason for this is that they have high purity and colour. A lab diamond is also more durable than a rough diamond, making them ideal for jewellery design and manufacturing. Synthetic diamonds are a very valuable asset that can be used in many ways - they can be used to make jewellery, and they can be used in industrial settings.

Diamond is a sought-after gemstone in the jewellery industry and a top gem used in engagement rings. So no wonder it's a gem that everybody wants!

A diamond is a very hard and shiny substance found in nature. It is also known as the hardest natural substance known to man. But diamonds are made of many carbon atoms and can be used to make any product. A diamond burns when heated but burns slowly and doesn't produce smoke or ash. It's also used for lighting, cutting tools, jewellery, electronics, etc.

The burning process of diamonds is the same as other materials. It starts with fuel combustion and ends with carbon, oxygen and hydrogen atoms being released into the air. The burning process can be controlled by adding or removing fuel to or from the diamond cutter’s torch or by controlling its temperature.

A diamond is a precious gem. It is a very hard stone, which is formed through the crystallisation of carbon. In earlier years, diamonds are known to be extremely rare and valuable. Diamonds are no longer rare, but they are in high demand worldwide because of the tradition of using them in a diamond engagement ring.

3. What can break a diamond?

Diamond is a very hard material. It's also bright and shiny. It's a high hardness of 9 on the Mohs scale and is hard to scratch. The diamond’s hardness and brightness are the two main qualities that make it valuable in jewellery. The diamond is one of the hardest materials on earth, yet knives or other sharp objects can scratch it. This makes diamonds useful as tools for cutting gems but also as tools for breaking them too. Diamonds are used to cut gems because they are so hard that they can scratch them without hurting the gemstone.